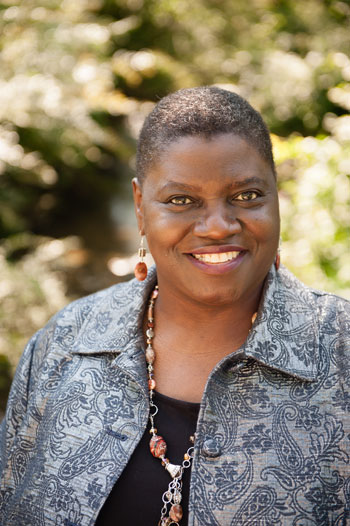 For nearly two decades, Katrina Way “Kat” Williams was a prominent fixture of Asheville’s live music scene. The vocalist’s multigenre repertoire earned her a place as one of the region’s most beloved performers. But a serious health condition largely sidelined her for several years. Twelve months to the day after a successful kidney transplant, Kat Williams returned to the stage with a holiday-themed concert, “Bells Will be Ringing.” Teaming up with pianist, longtime friend and musical associate Richard Shulman, Kat Williams played Asheville’s Isis Music Hall on December 21.

When Kat Williams moved from New York to Asheville in 1997, she wasn’t known as a singer. And unlike some artists drawn to Asheville’s fertile musical ground, her relocation wasn’t part of some larger plan. “I moved a friend here,” she explains simply. “And I never left.”

But she had grown up steeped in music. She recalls that the 1945 Mel Tormé composition “The Christmas Song” was her mother’s favorite song. “Me and my mom used to listen to it over and over again,” she recalls. From a young age Williams could sing, but even as a young adult she didn’t apply her gift toward a career as a vocalist.

That all changed by accident not long after Williams moved south. One night she went to Tressa’s, a recently opened bar and music venue on Broadway Street. “I was discovered at karaoke,” she says with a laugh. Club owner Terri Abernathy was impressed. “She asked me what band I sang with. I said that I didn’t; I worked for Buncombe county Sheriff’s Department.”

A year later, Kat Williams had become the house singer at Tressa’s.

Williams took on other gigs as well, and established herself as a prime mover in the local music scene. She first teamed up with Richard Shulman in 1998. But the pianist says that by 2015 he and Williams were “playing together almost every week.”

Drawing on her background as a union member, Williams encouraged Asheville musicians to organize – even if only informally – to get better pay. “If I wanted ‘exposure,’ I could have stayed in Buffalo and stripped naked!” she told one local club owner. She told her fellow musicians, “If we, across the board, ask for the same fee, the clubs will give it to us.” That effort met with some success. “Everybody pretty much got the same money instead fighting each other,” she says.

But Williams would eventually find herself in a fight of a very different sort. After establishing herself locally and gaining some high profile national attention as a singer (including a Grammy nomination, an appearance on The Tonight Show with Jay Leno and a finalist spot on America’s Got Talent), she began to develop health problems. In 2015 Williams was diagnosed with End Stage (stage 5) kidney disease.

Wait-listed for a kidney transplant, the singer continued to perform as she was able, but gigs became far less frequent. “I was out of the music scene for about five years, on and off,” Williams says. Meanwhile, the community rallied to her support. Benefit shows helped defray the singer’s mounting medical bills. By the start of 2017, more than $70,000 had been raised.

Eventually, some 80 people signed on as potential kidney donors. An anonymous donor proved a match, and in December 2018, Williams underwent a successful kidney transplant. By the following summer, Williams was ready to make selected live appearances. Dubbing those shows her “With Gratitude Tour,” she explained in a press release that the concerts were her way of expressing thanks to “that special angel who gave me this kidney” and to her fans and supporters.

Calling her live dates a “tour” might be a bit of a stretch; though she’s healthy now, these days Williams says that she takes things one day at a time. “We’ll see where it goes,” she says. “Each day is precious to me now.”

The Christmas show is another way that Williams expresses her deep gratitude. But her approach isn’t solemn nor overly serious. Shulman notes that a perennial favorite at the holiday shows is James Brown’s “Santa Claus Go Straight to the Ghetto.” With mischief in her voice, Williams teases, “This isn’t your momma’s Christmas show.”