I attended slightly fewer concerts in 2019 than in previous years. But quality more than offset quantity. Below are brief recaps of my favorites, with links to further reading. (all photos ©  Bill Kopp and/or Audrey Hermon Kopp) 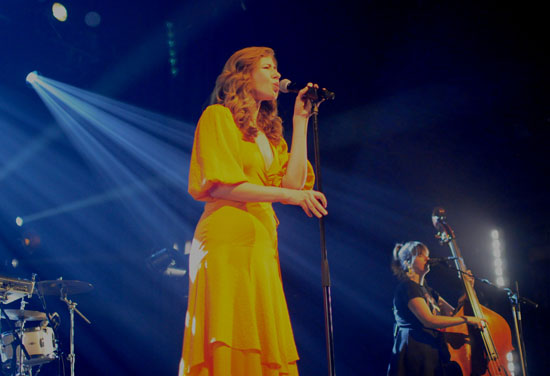 Lake Street Dive – Jan 8, The Orange Peel
I take special interest in artists whose work is slippery enough not to fit neatly into a single genre. The jazz-meets-hip-hop of Bad Bad Not Good is one superb example. Another is Boston-based Lake Street Dive. Thy group has all the ingredients for success: tight musicianship, top-notch vocals, catchy melodies and commanding stage presence. All of those virtues were on display nearly a year ago when – after having interviewed the group not once but twice – I finally got the opportunity to see them perform. 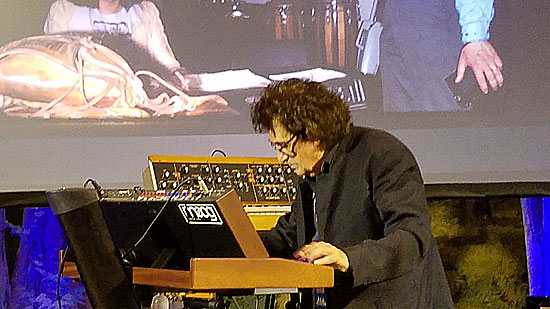 Patrick Moraz – Aug. 13, Asheville Masonic Temple Theater
Swiss keyboardist Moraz is best known for his time in Yes (appearing on Relayer) and the Moody Blues (early ’80s, post Mike Pinder era). But his earlier work in Refugee and his solo albums are superb as well, examples of his jazz-classical-wold influenced brand of progressive rock. Moraz was also a friend, confidante and collaborator with a giant in music, Dr. Robert A. “Bob” Moog, inventor of the synthesizer line that bears his name. This year, Bob’s daughter Michelle Moog-Koussa led a team to open the Moogseum, ad museum in Asheville NC (Moog’s adopted hometown for the last few decades of his life). Moraz attended the opening ceremonies as an honored guest, taking part in a lively Q&A (led by another synth pioneer, Larry Fast) and playing a solo mini-set. Though it was brief, it was the thrill of a lifetime for me. As was my sit-down conversation with Moraz. 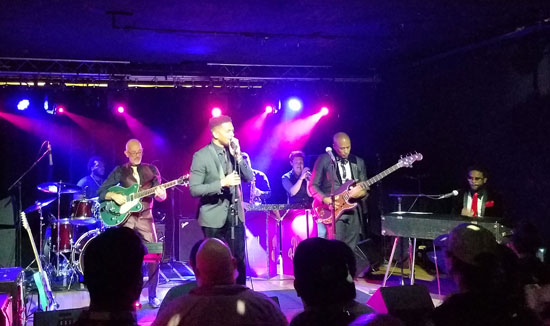 The Midnight Hour – Sept. 20 @ Asheville Music Hall
Adrian Younge and Ali Shaheed Muhammad teamed up to create a modern-day version of the kind of sophisticated funk-jazz-soul that defined the early ’70s. Adding a hip-hop sensibility and employing superb musicians to aid them in their mission, the duo has crafted a pair of albums – a 2018 self-titled debut and 2019’s Live at Linear Labs. Both are superb, but in some ways the second disc gets closer to the ultimate vibe. To get one hundred percent there, however, one needs to witness the Midnight hour live onstage. That’s what I did this year. The experience was transcendent. With 16-year-old vocalist-keyboardist-composer Angela Muñoz opening for them and then returning to play on their set, the duo showcased their masterful musical gifts. Here’s my interview with Younge and Muhammad. 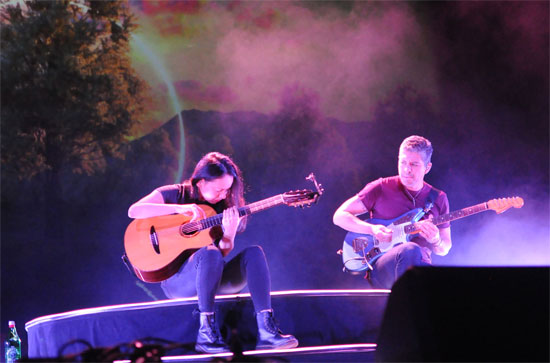 Rodrigo y Gabriela – Dec. 3, Thomas Wolfe Auditorium
With backgrounds in heavy metal (notably of the speedy variety), Rodrigo Sánchez and Gabriela Quintero embarked upon a very different musical path. Combining flamenco guitar with a level of energy more often associated with rock, the two musicians carved out a musical niche all their own. They’ve grown musically over the years, and 2019’s Mettavolution is the culmination of that growth. The centerpiece of the album is an inventive reading what happens to me my all-time favorite song: Pink Floyd’s “Echoes.” It was even better live onstage. Here’s my interview feature with Rodrigo Sánchez.