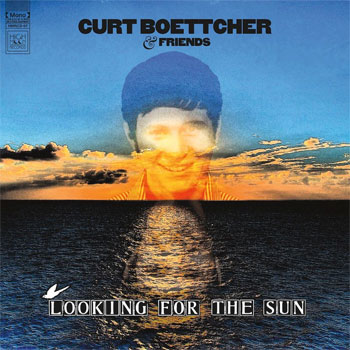 Those who take the trouble to dig deep into pop culture know that there exist around the margins an untold number of worthy artists who never got their due. Said artists might have engendered a cult following, or they may have gone largely unnoticed until long after their prime (an in some cases their entire life) had passed by. In the end, it may be small comfort to those friends and family left behind to learn that the artist in question earned some belated degree of recognition. But it’s something, at least.

Take the case of Curt Boettcher. Listeners who’ve discovered and been won over by his approach to pop might describe him as a kind of Brian Wilson writ small. If he’s known at all, it’s likely for his production work on select recordings like “My World Fell Down,” a near-perfect slice of baroque pop collected on the influential Lenny Kaye-curated Nuggets compilation (and featuring Glen Campbell on vocals). Hardcore pop aficionados know about other recordings by the Ballroom and Millennium (studio aggregations both), but beyond that he’s an unknown – and sadly unexamined – quantity. There are scant few records available that document his work. And Boettcher himself died at the tender age of 43 way back in 1987, so there are few left to tell his story.

Against that backdrop, a new archival release titled Looking for the Sun is most welcome. Pressed on vinyl and credited to Curt Boettcher & Friends, this 18-song collection serves as a sample, a best-of and very nearly a comprehensive package.

As Dawn Eden Goldstein writes in the extensive liner notes (contained in a lovely and lavish full-color booklet included inside the LP sleeve), Boettcher’s deeply layered and finely textured approach to songwriting, arrangement and production actually influenced Wilson, not the other way around. Though Boettcher rarely if ever recorded under his own name, his indelible fingerprints are all over the tracks he created for other artists. Looking for the Sun collects sides by a bunch of artists who – let’ be honest here – are even less known than Boettcher: Cindy Malone, Keith Colley, Action Unlimited and the mononymic Sandy are not exactly household names, and their recordings didn’t set the pop charts on fire.

But Boettcher’s approach – somewhere in the neighborhood of Phil Spector meets Brian Wilson with a dash of the Left Banke – was something to behold. Working with some of Los Angeles’ top session musicians – guitarists Campbell, Jerry Cole, Bill Pitman and Mike Deasy, bassist Jerry Scheff, arranger David Gates, co-producer Gary Usher and many others in and around the “Wrecking Crew” orbit – he created little pop masterpieces.

True, the songs on this collection have a dated sound and feel. But that’s a feature, not a bug: Boettcher’s work was of its time, and designed that way. He helped craft pop melodies that had more in common with AM radio singles than anything on the rocking side of the street. Boettcher’s involvement with the tracks on Looking for the Sun is varied; often as not, he’s not officially credited as producer or arranger (or co-songwriter) but his presence is largely unmistakable. If you’ve heard a Curt Boettcher recording, you’ll recognize it as such.

These tunes have the kind of presence that could lead a mischievous provocateur to tell a friend, “this was a hit back in ’66. Don’t you remember?” It wasn’t, of course. But songs like Ray Whitley’s “Here Today, Gone Tomorrow” has a feel not at all unlike B.J. Thomas’ early ’70s pop hits. Same for “Milk and Honey” by Summer’s Children, a group with connections to Cass Elliott and Rod McKuen. At various points – though not on this track – the group included Tandyn Allmer and Van Dyke Parks.

Sandy’s “All I Have is a Memory” milks that whole la-la-la vocal technique for all it’s worth, but it’s still a fun tune. And the Bootiques’ popsike-meets-girl-group “Mr. Man of the World” is a bizarre (yet unexpectedly successful) hybridization of the Cookies, the Rose Garden and light psychedelia. And though it’s a bit underdeveloped, Gordon Alexander’s title track suggests what it might have sounded like had Lee Hazlewood collaborated with some hippies. “Windy Wednesday” is by Alexander, too, though you’ll be forgiven if you don’t think it sounds at all like the same singer. The tune’s hopelessly quirky production may evoke thoughts of Joe Meek. 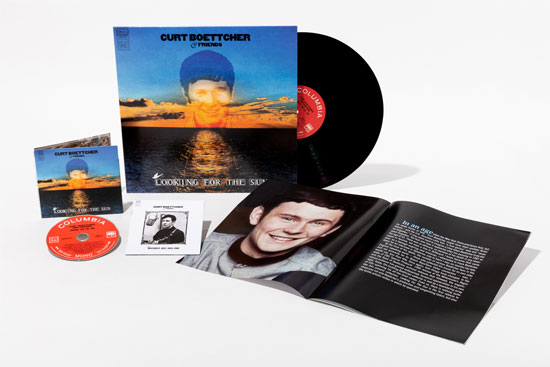 Boettcher himself steps front and center for Sagittarius’ “Another Time.” Keith Colley’s Spanish-language “Enamorado” sounds like Tijuana Brass with a better singer than Herb. The spoken-word interlude is a bit cheesy, but it’s a treat nonetheless. And Colley’s “Shame, Shame” adds roller-rink organ to a folk rock backbeat; the net effect sounds a lot like the Mamas and the Papas.

Taken as a whole, Looking for the Sun doesn’t present timeless melodies that stick in the memory like “My World Fell Down” does. It’s more the sound and feel of the tracks that are special. Cindy Malone’s “You Were Near Me” comes close, with its strong melody and lilting, almost-stomping folk-rock beat and tasty organ solo. As the song fades out, it threatens to go psychedelic.

And the wistful sunshine pop of Jonathan Moore’s “I Didn’t Ever Know” is so lovely that its completely transcends the occasional off-key and/or off-phrase vocalizing (and out-of-tune guitar). But the standout track on the record is, without a doubt, the Bootiques’ “Did You Get Your Fun.” The chiming glockenspiel flourishes and happy-go-lucky drumming set nicely against the bittersweet (and surprisingly adult) lyrics. And though it had previously been cut by British groups, Eddie Hodges’ recording of “Shadows and Reflexions” is a gem of the subgenre.

A listen to Looking for the Sun is a kind of ersatz nostalgia; it evokes a time and place that – unless one was part of Boettcher’s world – didn’t really exist. But it’s a fun and richly rewarding trip. The care that went into compiling this modern-day collection is evident from start to finish.

Tantalizingly, if one looks at the back cover of the LP sleeve, there in lettering to match the cover title is the message: “To be continued.” Let’s hope so.