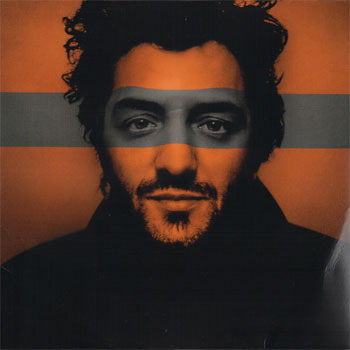 Are you familiar with a musical genre called Chaâbi? Me neither. Put simply (and reductively), it’s North African folk music, sort of a cousin to another style, raï. One of the foremost artists to combine that style with rock was Rachid Taha; the Algerian musician released more than a dozen albums under his own name, in addition to four albums released earlier in the 1980s with a group called Carte de Séjour.

Taha suffered from a malady called Chiari malformation; its effects included dizziness and an unsteady gait. That didn’t keep him from performing nor crafting a highly regarded body of work. The last album released during his lifetime was 2013’s Zoom; featuring Brian Eno and the Clash’s Mick Jones, it charted both in France and Belgium.

At the time of his death in 2018 – days before he would have turned sixty – Taha had completed the album eventually released as Je Suis Africain. To ears familiar with African-Western hybrids like Al Farka Touré’s Talking Timbuktu, Taha’s posthumous release will sound positively commercial and mainstream. And that’s meant in a wholly positive manner.

And to listeners whose only exposure to African styles might be the string arrangement on Led Zeppelin’s “Kashmir,” the songs on Je Suis Africain will sound warmly familiar as well. Exotic, to be sure, but appealing and inviting. A rock beat and hand claps draw the listener into the opening track, “Ansit.” And the ethnic instrumentation – saz, cümbüs, tama and rain stick – gives the song a flavor that sets it apart from Western pop music. But even though Taha sings in French, the music doesn’t sound foreign so much as it feels worldly.

We (or at least I) may not know what Taha is singing about on Je Suis Africain, but the songs are all heartfelt, and there’s a sense of upbeat fun – shot through with a knowing melancholy – that makes it all feel real. Some of the songs have a more pronounced “ethnic” flavor,” but even those will display a foundation of accessibility for Western ears.

I’m not familiar with Taha’s body of work released during his life, but if Je Suis Africain is any indication at all, it’s filled with riches to be discovered. And in the meantime, his last musical statement can serve as a useful entry point for the uninitiated.