In His Own Words: Christone “Kingfish” Ingram 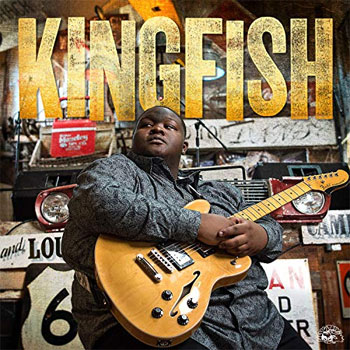 Another bonus feature to complement my Delta Blues Museum story.

Tell me about your start in the Delta Blues Museum’s arts and education program.

I had played, but other instruments. And that was more in the church setting, not blues. I got in officially into the program when I was eight. That’s when I was learning bass guitar.

The program was always teaching us and telling us about blues history. And sometimes, Mr. Bill “Howl-N-Madd” Perry would tell us stories about his life. It was a great learning experience altogether.

What were some of the highlights of your time there?

The shows that we did at the library; those were our first performances. At the first one, I didn’t play bass; I played drums on one song. And then the Delta Blues Museum won that arts and education program award. We were actually one of twelve recipients, and First Lady Michelle Obama gave us the award. Getting a chance to perform at the White House was a great experience. We did “Sweet Home Chicago” because Michelle comes from there; we did it in her honor.

Does being from there put a kind of pressure on you, a feeling that you kind of have to “represent” when you’re touring?

Yeah, I get that a lot. But honestly, I don’t really pay it no mind. Some people think that just because you come from Clarksdale, you have to sound a certain way. Although that plays a factor, I don’t give it a whole lot of attention.

Does the success of the Delta Blues Museum give you a sense of hometown pride?

Oh, yeah; most definitely. From the artifacts to the museum pieces, everybody comes there from miles around to learn about the blues. That’s been like the number one blues draw in Mississippi.