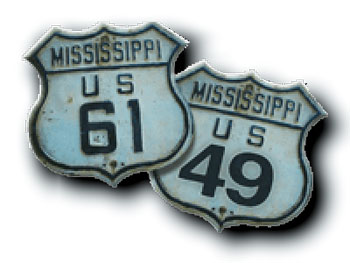 But funding continues to be a challenge. “Fundraising is really crucial, especially now as the museum environment becomes more competitive,” Ritter says. “The museum receives a dedicated tax millage from the city, and then our other monies are primarily admissions and gift shop sales.” Gresham notes that the millage represents about $100,000 a year. With more than a hint of frustration in her voice, Ritter adds, “In 40 years, we’ve never gotten any direct state funding; we’ve only received it through competitive grants.”

Education is a big part of the Delta Blues Museum’s current mission. One of its most successful and high-profile programs is based on an initiative started in nearby Lambert, Mississippi by “Mr. Johnnie” Billington, a blues musician and educator. “When he was taking breaks in his shop, he was teaching students of all ages how to sing and play the blues,” Ritter says. “We found out about it, moved it in to the museum and kind of formalized it. We do it four days a week, 52 weeks a year now,” she says.

Billington “made it his mission to teach children how to play the blues, how to be performers,” says John Ruskey. “He never made it big in the juke joint scene, but his efforts directly led to the present generation of musicians and to all of the educational activities now taking place at the museum. That all started with Mr. Johnnie.”

Clarksdale natives Anthony “Big A” Sherrod and Lee Williams are among the program’s most esteemed alumni.Christone “Kingfish” Ingram earned his nickname while being educated in the museum’s arts and education program. Bill Gresham says that the museum “is one of the few places that continues to teach the blues on a daily basis, and at no cost to the individual.” Jim O’Neal emphasizes that “John Ruskey was instrumental in getting that education program going.”

Ferris notes that such a program was a dream of the late B.B. King. “He wanted to see the blues taught in K-12, and colleges and universities. Today, that dream is a reality. We’ve seen really a sea change in how the blues is recognized and embraced by mainstream America and by Mississippi where it was born.”

Mississippi now boasts a proper, demarcated Blues Trail, and other attractions including the B.B. King Blues Museum have flourished. But the Delta Blues Museum is at the crossroads of it all. “I put the Delta Blues Museum at the top of the mountain,” says Dr. Ferris. “It was one of the earliest institutions that officially recognized the blues before anyone else did it. It’s a forerunner of what is now a rich array of resources.”

And the museum’s reputation is spreading worldwide. “When I was on the board, every month we’d get a list of where visitors are from,” says Bill Gresham. “During the summer months, it could be 30 foreign countries, and at one point we had visitors from every state in the U.S. come through.”

“Since Sid Graves first envisioned a museum completely dedicated to the blues in 1979, the Delta Blues Museum has grown into a world class attraction,” says Craig Ray, Director of Visit Mississippi, the state’s tourism office.“It’s an outstanding anchor for other institutions honoring blues culture. And while the exhibits in the museum will continue to tell the story of the Delta blues, its legacy is the musicians who will continue to share their musical talents honed in on the skills learned in the museum’s educational programs.”

Gresham says that the state’s blues-focused destinations promote each other. “We want people to come through the Delta Blues Museum and then extend their stay in the Delta. They can go to Indianola to the B. B. King Museum or to Leland for the Leland Blues Museum, or just follow the Blues Trail.” And all of that has been a boon for Clarksdale, too. “I go sit out in front of a little place here, Yazoo Pass, a lot of afternoons,” Gresham says. “You’ll you see people from all over going to the little clubs. You ask them, ‘Where you from?’ And they say, ‘I’m from London.’ ‘I’m from so and so.’ They’re from everywhere.”

“I think the museum’s one of the most important institutions for blues fans,” says Jim O’Neal. “And I give a lot of credit to Shelly Ritter. Without her, it certainly wouldn’t be what it is. It’s great that there are other attractions, but I think the Delta Blues Museum’s the place to start.”

Pointing out that the Delta Blues Museum is the first museum dedicated solely to the blues, current museum board chair Jim Herring says that it’s “the crown jewel of the blues world. It’s the the starting point; others may make that claim, but we actually own it.” Malcolm White, Executive Director of the Mississippi Arts Commission, agrees. “A lot of the later work on blues tourism at the state level was built on the Delta Blues Museum’s proven success,” he says.

A significant byproduct of the museum’s success has been to bring diverse communities together. Jim O’Neal recalls a Saturday night blues concert years ago. “The guy who was the mayor at the time said, ‘This is the first time this many black and white people have been in a room together at the time in Clarksdale.’”

Ferris reflects on the museum’s greatest contribution: “Being faithful to its place, its community, and reaching out to both black and white and ethnic worlds that are so deeply rooted in Clarksdale and the Mississippi Delta,” he says. “And they have done that in a systematic, committed way.”