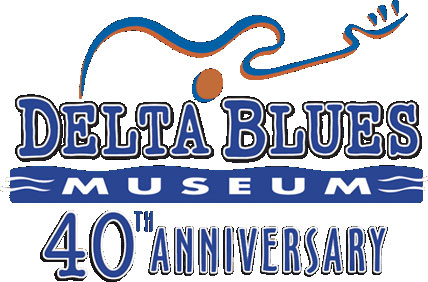 Assuming the story is based in any kind of fact, it still remains a matter of contention as to the location of the crossroads, site of the legendary pact between the Devil and Robert Johnson. That mythical spot is variously identified as lying in the Mississippi towns of Beauregard, Clarksdale, Dockery and Rosedale. Today, each of those towns lays a claim to being the birthplace of the blues. There’s more than a whiff of irony in that competition; as folklorist, blues historian and Grammy Award winner Dr. Bill Ferris says, “When I started the work in the 60s, the state viewed the blues as an embarrassment.”

Ferris says that those with a say in how Mississippi was portrayed to the rest of the country (and the world at large) wanted nothing to do with the blues. “I spent much of my life – working for 18 years at the University of Mississippi – trying to convince the state to invest tourism dollars in blues,” he says. “And I never got very far. They didn’t want photographs of those musicians and [their] small houses; they considered them an embarrassment to be publicly shown.”

That has all changed; today, blues is big business for the state recognized as the home of the blues. And one of the most important factors guiding the blues’ path from cultural pariah to worldwide attraction is the Delta Blues Museum in Clarksdale, Mississippi. From its humble 1970s beginnings inside a portable display case to its current status as a world-class destination, the Delta Blues Museum has been a key part of informing, entertaining and educating the public about the past, present and future of the blues as well as Clarksdale’s important role in that story.

This year the museum celebrates its 40th anniversary, and a number of key figures from its past and present help to observe that landmark event by recounting its four-decade journey to where it is today.

By the ’70s, “tourists were coming to Clarksdale,” says Shelley Ritter, current Director of the Delta Blues Museum. “They knew the history and heritage of the blues and Clarksdale’s role in it, and there wasn’t a central place for them to go to learn more. So, they would naturally come to the library.”

Former library director Missie Craig recalls a 1979 conversation with Sid Graves when both worked at the library. “We were walking down Delta Avenue towards downtown, and he said something about the fact that this area was so important to blues music, and that we ought to start a museum. And in my ignorance and stupidity, I said, ‘Sure, let’s do this!’ Sid just took it from there and he made it happen.”

In 1979, the museum was founded by the Carnegie Public Library Board of Trustees under Graves’ direction. As the museum’s first curator, John Ruskey recalls, Graves “was a voracious reader and had an acute memory. He came to Clarksdale and started diving into books about the history of the town. And of course he ended up discovering the rich history of the blues through literature.”

Ruskey laughs when he says that Graves “was not a juke joint sort of person.” Living Blues founder Jim O’Neal agrees. “I would always go to the juke joints and to the black neighborhoods where juke joints were, but Sid was always hesitant to recommend that anyone go there. He said he didn’t think they should tell people to do that in case something happens and the museum could get blamed.”

“But Sid quickly discovered what a treasure Clarksdale was and what rich history it had in the music,” says Ruskey. “Sid’s original vision was to recognize and portray the incredible artistic quality of that music and how that quality has kept it alive to inspire entire genres of music on its own.”

“Sid knew what he had his hands on,” says photojournalist, author and longtime Clarksdale resident Panny Mayfield. “In those early days, some white people would get tired of hearing about it. But he was a great advocate of blues.”

“They housed the museum in the African American branch, Myrtle Hall,” Ritter recalls. “It was smaller than the main library branch, and the exhibits were very limited in scale.” Because of security issues, Ritter says that every day at closing time, Graves would pack up the exhibit, put it in his car and take it home. In the morning he’d bring it all back in and set it up for viewing. “Sid knew a lot of people and got in touch with them,” says Missie Craig. “They would lend guitars and old records; that kind of thing. The museum got started with nothing but Sid’s contacts.”

“It was certainly not established as a tourist attraction,” says Howard Stovall, former head of the Blues Foundation. “There was no blues tourism back then. It was truly a voice in the wilderness in the early days, and it’s the foundation for all Mississippi’s blues tourism efforts today.”

O’Neal first visited in 1980 when he was invited to give a talk at the museum. He points out that the blues didn’t seem to be celebrated locally in those days. “It was just local music that some of the black people played.” He recalls the museum’s modest character. “There weren’t very many people there,” he says. “It would be locked, and when a visitor would come, someone from the library would take them in.”