Hunger for the Dreams: ‘The Allman Brothers Band’ at 50 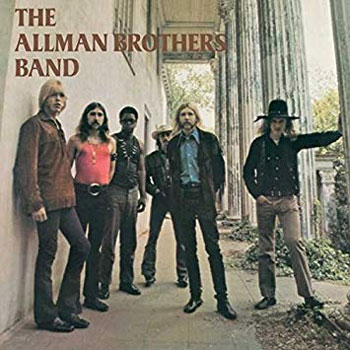 When the eponymous debut album by The Allman Brothers Band appeared on record store shelves in November 1969, record buyers may have thought they were discovering a new group. To be fair, they were, but the group’s members were already seasoned veterans of the music scene.

Founded by brothers Duane (guitar) and Gregg (keyboards) Allman, the Jacksonville, Florida group arose out of the ashes of an earlier band that featured keyboardist Reese Wynans (much later a member of Stevie Ray Vaughan’s Double Trouble). Duane Allman had previously found a great deal of work as a session player, most notably for Atlantic Records and its subsidiaries, recording extensively in Muscle Shoals, Alabama.

But despite immortal performances cut for many rock, soul and r&b greats (Wilson Pickett’s “Hey Jude” and Boz Scaggs’ “Loan Me a Dime” to mention but two of very many), Duane began to tire of the grind of session work. According to session bassist Jerry Jemmott, Allman told him at the end of one particularly arduous session, “I’m going to go home and start a band with my brother.”

And so he did. Signed to Phil Walden’s fledgling Capricorn label, the group entered Atlantic Studios in New York City in August 1969 to cut their debut LP. The band worked with producer Adrian Barber, whose most recent credits included working as an engineer for the studio tracks on Cream’s Goodbye LP and producing the then-unreleased Loaded by the Velvet Underground.

The band featured six players – a comparatively large number for a rock band of that era – but the resulting sound suggested an ensemble at least twice that size. With a musical approach that drew from jazz as much as it did blues, the ABB blazed new territory in the rock idiom. For many years hence they would sometimes be lumped into the “southern rock” category, and later the jam band pile, but at their essence, the group effortlessly transcended those limiting genre definitions.

The Allman Brothers Band was possessed of a Southern sensibility to be sure, but theirs was no foot-stomping, lunkheaded meat-and-potatoes boogie. And while they were renowned for their instrumental interplay and flights of improvisation, the ABB never fell prey to the navel-gazing noodling that characterized the Grateful Dead at their most self indulgent.

From its very first track, a reading of Spencer Davis’ “Don’t Want You No More,” the band showcases its seamless versatility and command of styles. From a hard-charging (and relentlessly swinging) opening riff, the song moves through a smooth organ-led section featuring Gregg Allman, followed by stinging yet lyrical lead guitar work from guitarists Dickey Betts and Duane Allman. The tight ensemble playing displays the skill and finesse of the rhythm section (drummer Butch Trucks, bassist Berry Oakley and percussionist Jai Johahnay Johanson). The performance of the brief instrumental track serves as an excellent introduction to the band.

The music segues right into a searing blues, “It’s Not My Cross to Bear.” With a melody and structure similar to Freddie King’s “Someday After a While (You’ll Be Sorry),” the song is a showcase for Gregg Allman’s vocals. Here, the power and force of the opening track is contrasted effectively by subtlety and seething musical understatement. The intensity builds as the track winds toward a close, pulling back and surging yet again. And another great if teasingly brief instrumental section – featuring solos by Duane and Betts – tops it all off nicely.

“Black Hearted Woman” is another exemplar of ensemble playing; the six players seem to operate as a singular yet complex organism. At its heart the tune is a standard-issue I-IV-V blues, but what this group does with it is nothing short of impressive. And Gregg Allman’s wordless moaning mid-song fits perfectly.

Another swinging, swaggering riff lies at the center of “Trouble No More.” Gregg’s powerhouse vocal spars throughout with Duane’s slide guitar, and the band chugs along confidently. An acoustic guitar – playing the signature riff – is prominent in Barber’s mix, adding a nice variation in the album’s sonic texture. Oh, and it features another great couple of guitar solos.

One of The Allman Brothers Band’s signature tunes, “Dreams” is the lengthiest track on the album, running in excess of seven minutes. But its slow burning jazz-blues vibe needs that kind of space to express itself. Gregg Allman sounds to all the world a world-weary blues man; he was not yet 21 when he cut this recording. The musicians take full advantage of the time, spinning out solos and interplay with subtlety and energy. The rhythm section lays down a foundation evocative of the song’s title; Oakley’s bass work in particular is positively hypnotic.

Even with all that has come before, the Allman Brothers Band seems to have decided to save its best for last. The debut record closes with “Whipping Post,” yet another of the ABB’s most beloved tracks. A sinister bass line is joined in turn by one, then two guitars laying their own doom-laden riffage upon the arrangement. The unusual (for blues) meter of the song owes a great deal to jazz, as does most everything about the song. Yet its delivery has a strong blues feel. The band displays equal parts fire and restraint: at just over five minutes, “Whipping Post” seems to have the potential to have gone on much longer. 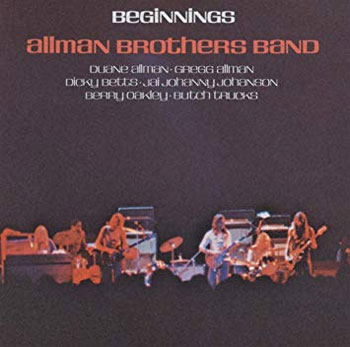 Incredible as it may seem today, on its release, The Allman Brothers Band largely escaped notice. It scraped its way to #188 on Billboard‘s album charts. The followup, 1970’s Idlewild South, earned only slightly better sales figures. But thanks to a heavy touring schedule and the blockbuster status (#13 on the Billboard album chart #13) of the monumental and groundbreaking double-live At Fillmore East, the band’s fortunes changed.

In the wake of that album’s success, the debut LP and Idlewild South were repackaged as a 1973 double LP, Beginnings. That collection – with a new mix by Tom Dowd that doesn’t sound remarkably different from Barber’s mix – corrected record buyers’ oversight, making it to #25 on the charts. The Allman Brothers Band was on its way. Sadly, the lineup that had produced two classic studio albums and a landmark live set would only make one more record together, Eat a Peach.