Let’s Talk About ‘Nuggets’ with Lenny Kaye (Part One) 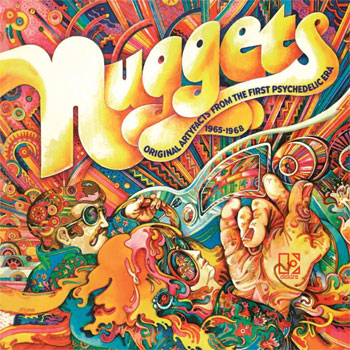 On this day of Thanksgiving I’d like to give thanks to Lenny Kaye for creating Nuggets.

It’s not hyperbole to assert that Nuggets affected the course of popular music. In its own way, the 2LP set released on Elektra Records in the early ’70s influenced an entire generation of musicians. The compilation curated by Lenny Kaye had a marked effect on the New York punk and new wave acts of the late ’70s, and the “paisley revival” of the 1980s would be unthinkable had Nuggets not existed.

Belying its iconic status today – with countless spin-offs, similar compilations and a celebrated expanded boxed set – it’s worth noting that on its original release, the record didn’t sell all that well. In this exclusive conversation with Lenny Kaye, we dig into how Nuggets came about, and the ways in which its legacy lives on.

Was it a challenge to sell the people at Elektra on the idea of doing Nuggets?

No, because it was Elektra’s idea. I was a rock writer at the time, and of course I was very attracted to Elektra’s roster. They were very writeable-about, especially in the rock “criticism” of the time. They were very smart.

And Jac Holzman called me up to his office one day and asked me if I’d like to be kind of an independent talent scout. Well, most of the things that I brought him he wasn’t interested in and vice versa, but one of the ideas he had was an album called Nuggets, which in his mind, was an album that would gather all those tracks from albums that had one good track … kind of little undiscovered gems.

Jac had a very good sense of concept. I mean, I have to hand it to him. And he liked this kind of anthology stuff. So, he gave it to me. On his initial list, there was Little Anthony and the Imperials’ track from their psychedelic album. But I was, I have to say, a little full of myself, and I just kind of spun it for the garage bands of the mid ’60s that I participated in. I had a band in New Jersey called The Zoo, but we never made any records or even wrote any original songs. We were on the circuit where you play four sets a night for drunken fraternity members.

I’m kind of an obsessive music fan, and I would drive across country listening to these stations and hearing their songs. And so, after about six months or a year, I gave him a list of about 50 songs. I have to say, it was kind of all over the place because I didn’t really have a definition in mind of what I was looking for. I just knew that all this music kind of grouped itself together. But there are a lot of things on the original Nuggets that are hardly garage rock. It’s a very broad definition.

If I had really been more aware of the concept, it would have probably been a lesser record. 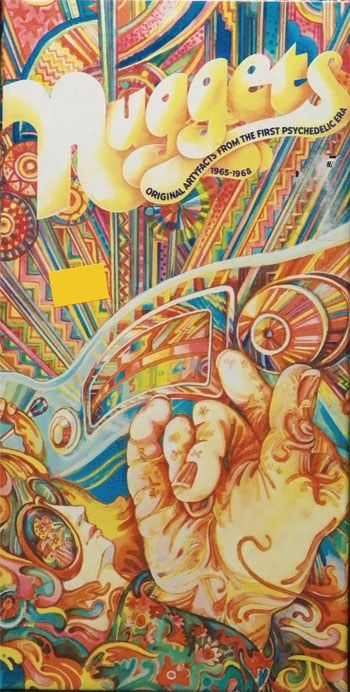 The 4CD version of ‘Nuggets’ from Rhino

Some of the acts compiled on Nuggets were purely studio creations…

Yeah. We like to imagine that the groups are kind of self-contained and have grown up on their own. Actually, now we see this in pop music all the time. In a weird way, pop songwriting has become very generic. Ariana Grande or Miley Cyrus or Justin Bieber, Timberlake … they’re all incredible singers. But it’s like you construct these records and the singer is part of it. Who understands that better than Phil Spector? This is like producers as artists. You can say, “Well, there was a lot of scandal with Milli Vanilli,” but what’s really the difference?

Still, most of the artists that you comped on Nuggets were actual bands to one degree or another.

Yeah. I mean, there’s some that weren’t. I could think of The Third Rail is another one. My brief with Nuggets was really not to make a garage rock record, but was to kind of find these kind of wacky songs that perhaps were overlooked or kind of caught betwixt and between.

So how did you pick the songs?

Basically, I put a lot of my favorite songs, and also tried to find songs that were not as well known. I didn’t put the Blues Magoos’ “We Ain’t Got Nothin’ Yet.” I put their version of “Tobacco Road.” I didn’t put The Shadows of Knight’s “Gloria” on there. I put their long album track, which is something I like. In my parameters, I was kind of feeling my way.

You have to remember that when I assembled the original list, some of these records were only three or four years old. So I didn’t have the perspective or even the definition. The term “garage rock” hadn’t even been invented yet! But for me, I’m not really interested in generics in a genre. “Yeah, it’s got a fuzztone, it’s got a Farfisa, got a yowling lead singer.”

But I’m interested in great records. That, to me, is what has made Nuggets live for all these amazing amount of years and still has people buying me beers wherever I go in the world. The fact that it’s got blurry boundaries, but every one of those songs is a great record.

I had the pick of the litter. There were a lot of songs I tried to get that I couldn’t get: “96 Tears,” “I See the Light” by The Five Americans. Some of those were able to be obtained when Rhino expanded the concept in 1998 and did that four CD box of Nuggets.

I’ve always wanted to do a reggae Nuggets from the ’70s. Because there are a lot of very generic records, but when you hear a great Jamaican record with a lot of melody and rhythm and a cool idea, that’s a nugget. There could be a great girl group Nuggets. And a lot of these ideas have come to fruition. I was lucky enough and Jac Holzman and Elektra Records were open-minded enough.

I know that this wasn’t the album that Jac visualized, but to be honest, he went with it. He gave me a double album, he gave me that great cover after I turned down three covers because really, in the end, I didn’t think the record was coming out.