Part of my role as a music journalist is to be a critic. While these days I focus more on features, interviews and essays, I still review quite a lot of music. And I’ve done so since the very beginning. But my approach to the task has gone through a number of stages. 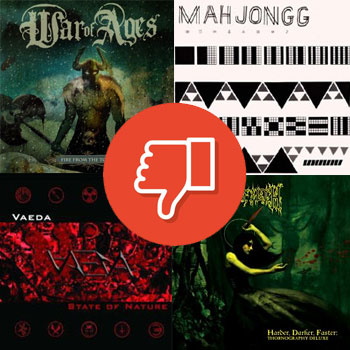 In my earliest days as a professional(!) writer, I pretty much took on any assignment that came my way. I wrote for a print magazine, and the editor would randomly send out CDs to the review staff, instructing us to turn in a piece a few days after receiving the disc (this was in the days before streaming was widespread). The result of that random method was that I sometimes – no, oftentimes – got CDs that, let’s say, fell well outside of my scope of interest.

I reviewed ’em anyway. Some were clearly good for what they were, even if they didn’t pique my interest. Others were so clearly wretched that no amount of well-I-don’t-know-that-much-about-this-kinda-music backpedaling could save them.

And so I reviewed ’em anyway. To some degree, time has vindicated my emphatic thumbs-down on these releases. By that I mean that the albums – and in most cases the artists themselves – have been consigned to the dustbin of history. Put another way, they aren’t still making music, least not under the same names.

As a palate cleanser, go listen to some good music. You’ll find reviews of plenty right here at Musoscribe. As always, thanks for reading.