Singer, songwriter and guitarist Ben Phan has been making music for most of his life. Through formal and informal study, he has immersed himself in classical, jazz, funk, African dance music, folk and bluegrass. His debut EP featured songs he wrote on a five-month hike along the Pacific Coast Trail. Phan recently released his second full-length album, Fear is the Teacher. It draws from folk, pop and other musical traditions. 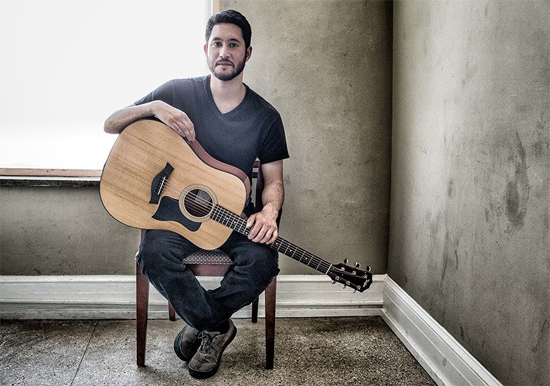 How do the various genres/styles inform your original music?
I heard in a Ted Talk that true originality comes from people with diverse knowledge, and I really embraced that attitude. I’ve learned something from every style I’ve played, and they’ve all contributed in some way to my original music. I’ve always felt called to try playing new genres, and I’m constantly seeking out new sounds.

What, to you, is the relationship between studio recording and live performance?
That’s something I’m actually exploring right now. I’ve set up a basic home recording setup and am learning how to record and produce. I’m currently interested in using the studio as a tool for composition, to do more than what is possible in a live setting. I’m also interested in performing together with live guitar and vocals mixed with tracks I recorded and produced in the studio.

What led you to decide to take on the Pacific Crest Trail?
Honestly, I don’t know. It was just clear that’s what I was supposed to do at the time. I had previously hiked the Appalachian Trail, but had been much younger and stupider at the time; I partied my way through the AT. On the Pacific Crest Trail, I had a much more introspective experience, and my life as a songwriter began.

What was the most noteworthy interaction you had playing your music on the trail?
The first song I ever wrote is called In the Clouds. I was very shy about it, so when I first played it for a friend I didn’t tell her that I wrote it. She liked it, so I revealed that I had written it. She said, “Cool! I thought it was a real song!” It was a huge confidence booster, and I decided that I wanted to write more “real songs.”

Were you satisfied with the success of your recent Kickstarter crowdfunding campaign?
It was a hugely validating experience. In a world that can sometimes seem to be dominated by corporate pop music that capitalizes on sex, money, and materialism, it was refreshing to see that people were so willing to support original art in a grassroots way. That deepened my belief in people and in the importance of original creativity.

How does Fear is the Teacher differ from your debut EP?
They couldn’t be more different. My debut EP was recorded in my basement by a friend; it’s totally raw and unrefined. There are many production “mistakes” that give it an authentic and unique vibe. Fear is the Teacher was recorded in a professional studio with Grammy-winning producer Matt Williams. We aimed to capture the live sound of my band, with cello, violin, upright bass, and drums.

What’s the new album’s unifying theme?
Every song on the album stems from a fear of mine in one way or another. I believe that my greatest strength is in knowing my weakness. This allows me to be honest about myself, take creative risks, and follow my dreams regardless of being afraid.