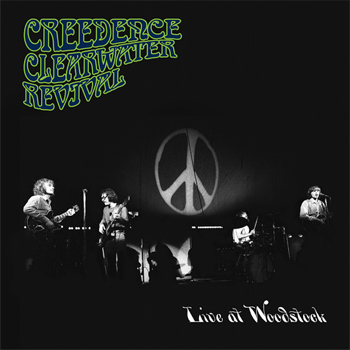 Nobody’s quite sure who coined the adage, “history is written by the victors.” But the inescapable fact remains that nearly every version of history is the product of a subjective point of view. What is left out – and why – is often as important to what’s included. Moviegoers who saw Michael Wadleigh’s 1970 documentary film Woodstock witnessed breakout performances from Santana, The Who, Jimi Hendrix and many others; those indelible sights and sounds quickly became woven into popular culture.

But more than a dozen acts who appeared at the landmark 1969 festival didn’t make it into the film, nor for that matter into the 3LP soundtrack or a second volume, Woodstock Two. On some level it’s understandable that performances by Quill, Bert Sommer and Sweetwater weren’t memorialized. But it’s far more problematic that several high-profile acts – Johnny and Edgar Winter; Blood, Sweat & Tears, the Grateful Dead and The Band to name a few – were omitted from what has become for most the official history.

At that point in the band’s history, Creedence Clearwater Revival had just released its third album, Green River. The Oakland quartet had already scored a pair of Top 40 hits (“Suzie Q” and “Proud Mary”), and eight more were to come within the next 24 months. Creedence was at the top of its game, with a rootsy sound that would go on to exert incalculable influence on rock music. CCR was scheduled as Saturday night’s headliner.

But you won’t see them in the film.

Why? The story goes that leader John Fogerty had issues regarding the band’s payment, and – according to bassist Stu Cook and drummer Doug “Cosmo” Clifford – Fogerty felt that his rhythm section hadn’t played well that night.

A middling audio quality bootleg of Creedence’s Woodstock set has circulated among collectors for many years; it provides scant evidence to back up that argument. And now – a half-century after the festival – fans have their opportunity to make that determination for themselves. Live at Woodstock presents the group’s complete performance in superb audio quality.

The band is in typically fine and fiery form, delivering the songs with spirit, power and authenticity. Creedence was rarely about jamming; even the longer tunes had structure and purpose. Onstage, the band’s arrangements varied remarkably little from their studio counterparts. And seven of the songs in the group’s Woodstock set would be performed at a hometown gig a few months later. So listeners who’ve purchased The Concert won’t find much new here.

But if for no other reason than to help reinstate CCR’s place in popular culture – they were at Woodstock, after all – the existence of Live at Woodstock is welcome indeed.