Before the (so-called) Beginning: Fleetwood Mac’s ‘Then Play On’ at 40 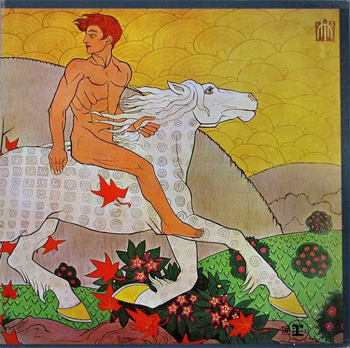 In 1969, eight years before a later lineup of the band began its reign as kings and queens of slick, corporate-approved FM radio soft rock, Fleetwood Mac was still a boundary-pushing blues band. Launched a little more than a year before that, the group was originally known as Peter Green’s Fleetwood Mac, a tacit acknowledgment that while the band had a superb rhythm section in drummer Mick Fleetwood and bassist John McVie, the star of the show was singer-guitarist Green.

Fresh from a stint in John Mayall’s Bluesbreakers – where he arguably bested the work of his predecessor in that band, one Eric Clapton, with his guitar playing on 1967’s A Hard Road – Green was, in fact, one of two guitarists in the new group. On the band’s self-titled debut and 1968’s Mr. Wonderful, he shared guitar duties with Jeremy Spencer.

But by the time of 1969’s Then Play On, Fleetwood Mac had added yet another guitar player in Danny Kirwan. Though countless faceless southern rock bands would adopt the approach in the years to come, in the 1960s, three-guitar bands were a rarity. Even more remarkably, the three-axe configuration of Fleetwood Mac didn’t result in overplaying or guitar cacophony. Spencer and Kirwan each had a distinctive style of their own; that effective mix would be showcased on a live album, 1969’s Fleetwood Mac in Chicago.

In retrospect, Then Play On‘s album’s release is a convoluted jumble. As was so often the case in those days (see also: Beatles, Kinks), the running order of the UK and U.S. releases differed. Moreover, the version released in the United States would be quickly deleted and replaced by yet another version, with a hit single appended and two tracks dropped. In the CD era, further revisions took place, with two successive releases attempting to provide a “definitive” version of the 1969 LP. For the purposes of this look back at Then Play On, it’s the release with which most American listeners will be familiar – that second U.S. record – discussed here.

Then Play On opens with a crash of distorted guitar chord, followed by some understated, sinewy lead playing backed by Fleetwood’s (no-cymbals) tribal drums. Danny Kirwan’s song has some bluesy undertones, but it signals that the band is interested in moving beyond the blues idiom. McVie’s contribution is so low in the mix that it works on a subliminal level, felt but barely heard. Still, the simplicity of the song threatens monotony some three minutes in. Luckily, the final minute-plus goes somewhere else entirely, with a bluesy feel that’s closer to Cream or Savoy Brown.

Peter Green’s contemplative “Closing My Eyes” seems an odd choice for so early in the album sequence. His vocals have a haunted feel. Fleetwood is totally silent until the final minute; overdubbed acoustic guitars come in midway, but by the end, severely overdriven electric guitars only add to the spooky ambience. The song seems to end mid-verse.

“Show-Biz Blues” is a Green showcase, with him singing in a field-holler blues style, accompanying himself on acoustic slide. Fleetwood bangs energetically on a tambourine. Everyone else seems absent.

Another Peter Green composition, “Underway” gets off to a tentative start. It feels a bit like some of his more elegiac instrumental numbers such as “Albatross.” The tune simmers and smolders but never really goes anywhere, yet it’s still an enjoyable cut.

By far the most well-known track from Then Play On is “Oh Well.” A song in two parts, it’s listed as a single track on the LP. With a vaguely sinister melody – played on both brittle acoustic and fiery electric – coupled by a menacing, swaggering Green vocal, it may well be the best thing Fleetwood Mac ever committed to tape. In the second verse, Green sings unaccompanied; then the whole band blasts in. The contrast is powerful. Without warning, the song radically shifts gear, with Spanish guitar and an ominous, spare instrumental redolent of a late ’60s spaghetti western. (One wonders why it was never used in such a manner by Sergio Leone or one of his colleagues.) Near the song’s end, Mick Fleetwood adds dramatic flourishes on floor toms (or tympani) and cymbals. A piano, buried in the mix, makes itself known as the song concludes.

The second side of Then Play On continues the acoustic mood, opening with Kirwan’s majestic yet fragile “Although the Sun is Shining.” A live reading of the song is a noteworthy track on the 1995 retrospective collection Live at the BBC. 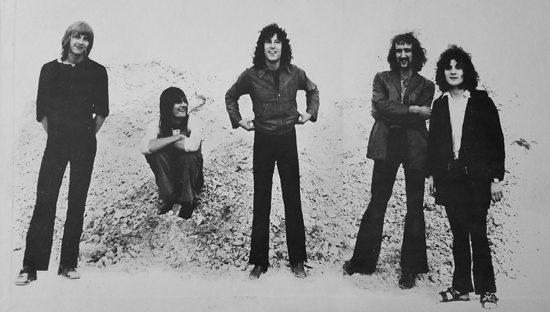 Speaking of that BBC set, another highlight is “Rattlesnake Shake,” a blues that first appeared on Then Play On. The studio version is a bit tame compared to its live counterpart, but Green’s swaggering persona comes through. And the simple yet stinging guitar lead is note-perfect. The song lumbers toward its end, holding a single chord over which Green solos freely.

The next two cuts find Fleetwood Mac in more familiar territory.“Searching for Madge” is credited to John McVie, and “Fighting for Madge” is listed as a Mick Fleetwood number. They’re both nothing more than tasty one-chord blues jams; in fact – as the fade-in of the latter suggests – they’re snippets of a single, much longer performance that would show up decades later on a rarities compilation. The dialogue between Green’s and Kirwan’s guitars is as appealing as can be. And it builds as it continues, fading away to leave early ’70s listeners what happens next. A goofy mid-song edit in the middle of “Searching for Madge” seems like a control room mishap.

Then Play On wraps up with another moody Peter Green track, “Before the Beginning.” It sounds like a cousin to “Black Magic Woman, with its minor chords, plaintive vocal and faraway drum work.

Later reissues of Then Play On brought as many as seven additional tracks from the same set of sessions that wrought the album-proper. What wasn’t included in any of those reissues, however, was an EP’s worth of tunes, originally planned as a bonus 7” to accompany the original release, but shelved instead. For reasons never made abundantly clear, Jeremy Spencer’s contribution to Then Play On is negligible; the EP would have remedied that somewhat, as it included songs written and/or performed by him. The contents of that EP, provisionally titled The Milton Schlitz Show, eventually surfaced as part of a 1990 Fleetwood Mac compilation called the Vaudeville Years.

A year after the release of Then Play On, Fleetwood Mac returned with Kiln House. But Peter Green was gone, and the revolving-door nature of the group’s lineup – a characteristic that defines the band to this very day – would soon begin. While the immensely talented Christine Perfect (later McVie) was a welcome addition to the band, each successive change would take the band farther from its original vision, and farther from the unique qualities that made it special.

Fleetwood Mac’s run of studio albums ended back in 2003, yet a live version of the band – featuring Mike Campbell (of Tom Petty and the Heartbreakers), Neil Finn (of Split Enz and Crowded House) and four auxiliary musicians – tours, playing the soft-rock hits of the mid-’70s onward (plus “Oh Well”) for concertgoers who are willing to endure the high ticket prices.