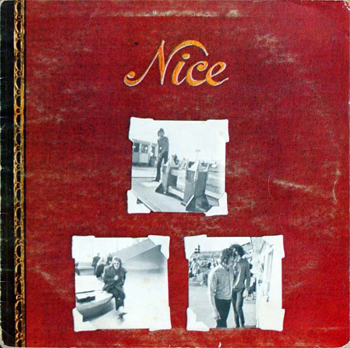 It’s unfortunate that when the Nice come up in conversation today, they’re too quickly summed up as “the band that Keith Emerson was in before ELP.” That’s a true enough description, but it has the effect of dismissing the contributions of the band’s other members, and overlooking the power of the group as a whole.

In fact, all of the band members had been involved in other musical projects even prior to launching the Nice in 1967. Keyboardist Emerson and bassist Lee Jackson played together backing Gary Farr. Guitarist Davy O’List and drummer Ian Hague were in the Attack, a superb yet underrated band whose music would today be classified as freakbeat. The four came together to back American soul vocalist P.P. Arnold.

But while the group got its start playing soul, they had other, more ambitious ideas in mind. Initially looked after by Rolling Stones manager Andrew Loog Oldham, the Nice were encouraged to pursue that direction. Doing so lost them their drummer; Hague was replaced by Brian “Blinky” Davison.

By late 1967 they were part of a multi-band tour of England that included Pink Floyd. As O’List recounts in my 2018 book Reinventing Pink Floyd: From Syd Barrett to The Dark Side of the Moon, he actually replaced Pink Floyd’s guitarist onstage one night when Barrett – increasingly suffering from his combination of mental illness and overuse of LSD – wandered off before the band’s set.

Emerson’s classical, jazz and (though the term hadn’t yet come into use) progressive tendencies would certainly give the Nice much of their character. Adaptations of music by Dave Brubeck and Leonard Bernstein – no rockers they – made it clear that the group was interested in charting heretofore unexplored musical territory.

The Nice’s first album – The Thoughts of Emerlist Davjack – would be their only release as a four-piece. That 1968 LP was highlighted by the group’s reading of Brubeck’s “Blue Rondo a la Turk,” renamed as “Rondo” and given a streamlined, more rock-friendly 4/4 time signature (Brubeck wrote it in 9/8). The Nice’s controversial version of Bernstein’s West Side Story centerpiece “America” was released as a single, but didn’t appear on the album.

Accounts vary as to why O’List exited the group, but with him gone, the Nice became a trio with Emerson as its fulcrum. The band’s second album, Ars Longa Vita Brevis was even more grand in scope and ambition than its predecessor; the title track was a four-movement opus that (in addition to drawing from the work of J.S. Bach) took up all of the LP’s second side. 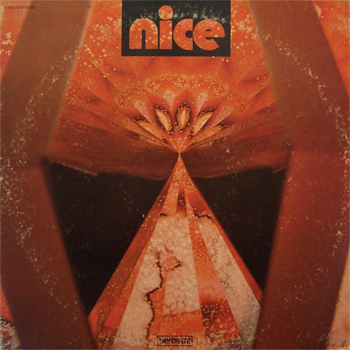 Released in 1969, the band’s third album would be known both as The Nice and as Everything As Nice As Mother Makes It. The set opens with “Azrael Revisited,” a dark and bombastic tune that sounds a bit like a malevolent, over-caffeinated Procol Harum. Quoting both Rachmaninoff and Lennie Tristano, it nonetheless has an accessible, rocking feel. Emerson’s energetic and (it must be said) showy piano is at the the center of the arrangement, but Lee Jackson’s demented vocals give the song much of its character as well.

A cover of folk songwriter Tim Hardin’s “Hang On to a Dream” showcases Emerson’s lyrical playing, with Jackson singing in a gentle voice that presages the approach Greg Lake would often use with Emerson in ELP. While the tune starts off in a balladeering fashion, it eventually transforms into a blues, with Jackson’s bass in furious lockstep with Emerson’s piano. Davison is given relatively little to do other than shake a tambourine; this he does well. As the song nears its end, the arrangement returns to where it began.

Édouard Lalo’s “Symphony Espagnole” provides some of the musical ideas explored in “Diary of an Empty Day.” Emerson plays a bit of piano here, but his primary tool of expression is his Hammond L-100 organ. The rhythm section of Jackson and Davison is spot-on here, and Jackson’s rapid-fire lyrics and overdubbed vocal harmonies are thrilling.

“For Example” leans more in a progressive rock direction, with less in the way of classical motifs. Oddly, a horn section figures prominently in the arrangement; it’s an ingredient that would appear in Emerson’s work very rarely. If one can imagine Blood Sweat & Tears crossed with English progressive rock, that’s along the lines of this tune, which does bear some similarities to Brian Auger’s work of the period. Some thudding, meat-n-potatoes blues rock – with manic ersatz scat vocals from Jackson – occupies the extended track’s midsection. Emerson turns in a precisely executed, expressive organ solo, and a trumpet solo follows. By the tune’s second half, it approximates a big-band feel that seems equal parts Dave Brubeck and Don Ellis; the horns briefly quote the Beatles’ “Norwegian Wood” and Bernstein’s “America.” It’s strange stuff indeed.

The second side of The Nice features a pair of live recordings, a document of the band’s debut at NewYork City’s Fillmore East. The group’s take on Brubeck’s “Rondo” had already appeared in a studio version; this live performance is even more energetic, and the recording is quite good. Emerson’s pyrotechnics were always best experienced in a live context, and this track – listed as “Rondo ’69” – underscores that fact. Jackson and Davison are often reduced to providing a simple aural canvas upon which the keyboardist can splash his dizzyingly fast soloing, but for an Emerson showcase, it makes sense. 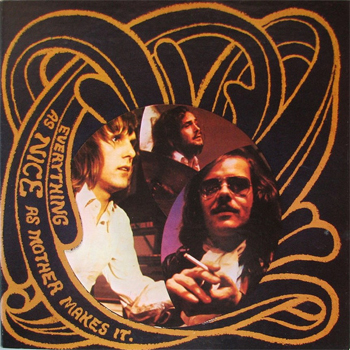 Introduced as “a number by Bob Dylan,” it’s “She Belongs to Me” that closes the album. Running a shade over 12 minutes, the Nice’s reading of Dylan’s 1965 tune sounds nothing like the original. Yet another in a long line of examples that make the point of just how enduring and malleable Dylan’s work is, the Nice’s version dispenses with all of the gentleness found in the ’65 recording. Briefly quoting “The Magnificent Seven,” Emerson plays in a lyrical style, slowing down his organ work to let its brilliance shine. Eventually he speeds up, and while much of the song remains an Emerson set piece, Davison and Jackson make interesting contributions that do away with the monotonous approach used on “Rondo ’69.” Dylan’s lyrics show up briefly at the beginning, but for most of its run time, “She Belongs to Me” is an instrumental workout.

Released in September 1969, The Nice rose to the #3 spot on the U.K. album charts. The group would return nine months later with their final LP of new material – another studio-and-live compilation – called Five Bridges. A mere five months later, with the band having broken up, Emerson debuted his new trio with Greg Lake and Carl Palmer. Jackson and Davison would resurface several years later in another organ trio, Refugee, featuring yet another keyboard virtuoso, Swiss-born Patrick Moraz.

Following the massive success of ELP, most all of the Nice’s material was released in various forms. With British and American releases differing in content, and retitled/recompiled collections appearing on the shelves, the Nice’s catalog fell into disarray. (Even The Nice had originally been released with different cover art and titles around the world.) Each of the band’s original four studio albums has seen a proper release in one form or another, and several live collections have been released. In the early 2000s the group (with Dave Kilminster taking the place of non-participating O’List) reunited for a one-off.