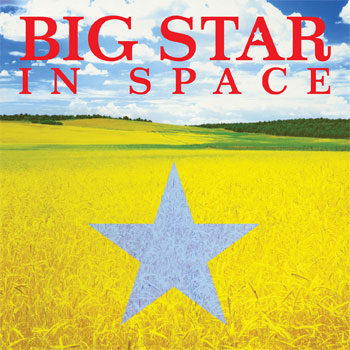 To those who followed Alex Chilton’s musical activities in the 1980s and beyond, the thought that he would ever revisit his Big Star-era music – much less put the band back together – seemed extraordinarily unlikely. So when it finally happened, with original drummer Jody Stephens plus the Posies (Jon Auer and Ken Stringfellow), it came as quite a shock. A pleasant one to be sure, but a surprise nonetheless. Columbia was a fine live album, one that helped remind modern-day listeners just what all the Big Star fuss had been about. And that live set was refreshingly free of maudlin nostalgia.

The reconstituted Big Star played quite a few live dates; that too was a surprise. Even more unexpected was the release in 2005 of an album of new material: In Space. Made up mostly of original tunes written by Chilton with his new bandmates, In Space represented the first new music from Big Star since Third/Sister Lovers, recorded way back in 1974.

Though Auer and Stringfellow had long since developed a signature sound of their own, they effectively leaned into the Big Star aesthetic, helping Chilton and Stephens to create an updated take on the band’s sound. So while Chilton’s post-band solo releases rarely sounded anything at all like Big Star, In Space managed to combine the two styles into something fresh and new. At times, In Space sounds more like solo Chilton, albeit with a more focused approach applied to songcraft, arrangement and performance.

From a compositional perspective, the songs on In Space do indeed sound like a combination of solo Chilton and the Posies, with the added distinctive, melodic drumming of Stephens. Jody Stephens shines vocally on “Best Chance,” a song that manages to evoke ’70s Big Star as well as hinting at Those Pretty Wrongs.

“Turn My Back on the Sun” is a supremely catchy tune, but it is ultimately a bit too on-the-nose as a Beach Boys pastiche. Right down to the vocal phrasing, it sounds like a demo outtake from the Pet Sounds sessions. Now, is that a bad thing? Indeed it is not. It just not very much in keeping with what one might expect of Big Star. The funky “Love Revolution” is a bit of an oddity as well, sort of Sly Stone filtered through Chilton’s New Orleans years; it wouldn’t have been out of place on his Feudalist Tarts EP.

But then there’s “February’s Quiet,” a tune that totally nails the breezy yet emotionally potent sound of classic Big Star. The uptempo “Mine Exclusively” sounds like the kind of thing the Box Tops (Chilton’s pre-Big Star group) might’ve done; in fact it’s a cover of a 1966 song by the Olympics. “A Whole New Thing” is a funny title for a song with the world’s most familiar melody. But it’s undeniably fun, rooted as it is in Chilton’s solo style.

Speaking of solo Chilton, left-field covers have long been a part of his approach. Self-consciously or not, he’s revealed himself to be a keen musicologist with an omnivorous (ha) appetite for various style of music. All that helps to explain why “Aria, Largo” appears on In Space. That said, the rock band arrangement of the classical piece is well played but not especially interesting or memorable.

“Hung Up With Summer” is another nod to the Beach Boys, and it’s slightly more effective than “Turn My Back on the Sun” if only because it doesn’t try as hard. The groovy “Do You Wanna Make It” mines familiar musical territory, but it does so in a way that is simply irresistible. The band members all sound like they’re having a helluva good time. Chilton’s too-often-underrated lead guitar prowess is on display here as well. “Makeover” has some of the messy character of Third, and may remind some listeners of Chilton’s dissolute Like Flies on Sherbert LP. It sounds like they just let tape roll and started jamming, but they ended up with something catchy in the process.

The bonus tracks appended to the 2019 reissue of In Space are quite good: “Hot Thing” is horn-centric, so it hews closer to the Chilton solo material than classic Big Star. A rough mix of the album opener “Dony” is very nearly as wonderful as the official version. Longtime Posies fans will appreciate the demo tracks included here, and the a cappella version of “Turn My Back on the Sun” is pure Posies-meet-Pet Sounds; it’ll make the hair on the back of your neck stand straight up. Ba ba ba ba ba indeed.

Today, some 14 years after its first appearance, In Space is getting the Omnivore reissue treatment. Alex is gone from this Earth, Jon and Ken are back to the Posies and other projects, and Stephens has teamed up with Luther Russell for the absolutely delightful (and very evocative of Third-era Big Star) Those Pretty Wrongs. Big Star lives on in the hearts and minds of fans, in the occasional tribute concerts involving Stephens, R.E.M.’s Mike Mills, the dB’s Chris Stamey and others, and in the body of work the band left behind. And In Space is a part of that.