Ex Hex is Bigger and Better Than Ever 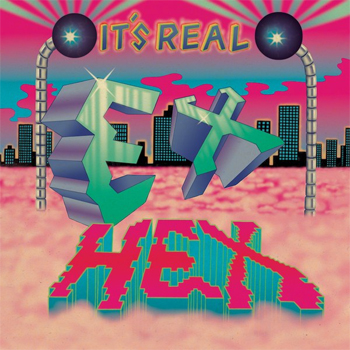 It’s best not to read too much into the fact that eclectic musician and songwriter Mary Timony’s band Ex Hex took its name from a solo album she made back in 2005. “Honestly, I just saw Ex Hex as a cool name for a band a long time ago, and since I didn’t really have a band at the time, I just named the record that,” she says. “And then, when Ex Hex was trying to think of band names, I just threw it out there. So, it’s not really that deep.”

But there is a sonic thread that connects the two. When Ex Hex – initially Timony plus bassist Betsy Wright and drummer Laura Harris – launched their band in 2014, they sought to make a straight-head rock sound. That sound has variously been described as everything from garage rock to punk to power pop. Ex Hex sounds very little like the music Timony made with her most well-known previous band, Helium; that mid’-90s group trafficked in ambitious, arty noise-rock.

“I had an intention when [Ex Hex] first started to approach music from a different place than I had in the past,” Timony says. “I had [previously] approached music from this really raw, sort of ‘diary entry’ kind of place for a long time, and I was just kind of done with that.” She says that with Ex Hex she aimed for more of a craft perspective: “crafting songs that I would want to hear,” she explains.

Timony’s experience in short-lived indie supergroup Wild Flag helped steer her in that direction. “I found that I had to keep writing stuff to bring to that table for that band,” she says. “Wild Flag was super straight-ahead and poppy because everything got deconstructed so much. And if I started with something weird, it just didn’t work.”

And with Wright – who recently moved over to guitar as the touring band became a quartet with Michelle Mae on bass – writing songs as well, Ex Hex quickly became a band that reflected its songwriters’ shared musical character. “Betsy is naturally aligned to that kind of songwriting,” Timony says. “Really good pop songs just come out of her without much effort, which has never been the way for me. So, it’s a good combo.”

But Ex Hex’s music is far from lightweight pop. It’s better described as catchy melodies with sharp hooks and sharper teeth. The band’s latest release, It’s Real, boasts a fuller sound than Ex Hex’s (excellent in its own right) 2014 debut, Rips. And that musical heft – with a bit of good-natured aggression – comes across both on record and onstage. 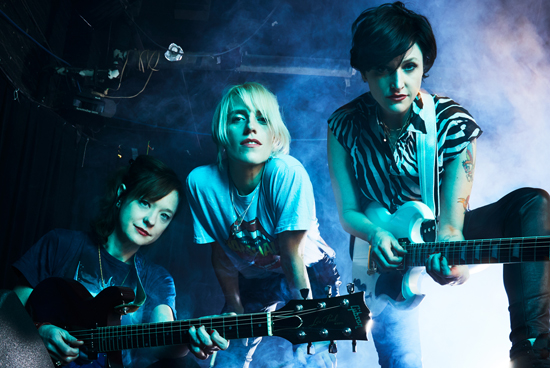 “I think the band is sounding bigger because now we’re a four-piece,” Timony says. Because Wright had been playing a lot of guitar on record, the trio realized it made sense for her to put down the bass and switch over. “So we knew we needed to get a new band member to fill it out,” Timony says. “It’s nice to have more possibilities for sounds and not be so locked in. When you’re a 3-piece, there’s not a lot of room.”

Another reason for the “big” sound of It’s Real is a tool that Timony has owned and used for years: the Rockman. A small device invented by Tom Scholz of 70s’ mega-hit band Boston, the Rockman gives arena-sized vibe to a guitarist’s sounds. “When we were writing this record, we were kind of hearing the songs have this mid- ’80s production,” Timony says. “I had that thing lying around from [my] high school [days], and it just seemed appropriate because it just really captures that blend of chorus and distortion that people used a lot then.”

Timony had been at the music game for a long time, and in the process, she’s learned what works for her. She admits that in the past, she tended to be a slacker about band-related things that didn’t appeal to her: “Making sure we were touring enough or making sure that the record is mixed well, just following through,” she says. “But now, as a 50 year old, I’m staying smart about touring, and trying to put on a good show. And I actually find that I enjoy those things when I’m trying to do better at the