Unmarked Exit: Led Zeppelin’s ‘In Through the Out Door’ at 40 (Part Two)

Continued from Side One… 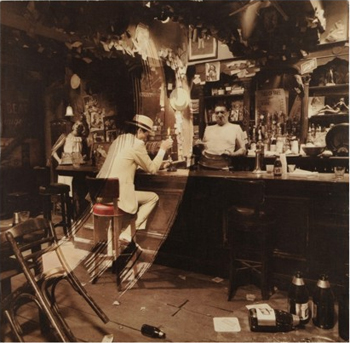 Nothing heard on the first side of In Though the Out Door prepares listeners for what they hear after they flip the record over and drop the needle on Side Two. As the 1970s drew to a close, many of rock’s more guitar-centric acts were struggling with finding ways to incorporate synthesizers into their musical arsenal. The Who had arguably been the most successful, adding primitive loops and analog synths into the songs on Who’s Next as early as 1971. They were able to add synthesizers sounds without losing the hard-edged vibe that came from being a “guitar band.” Led Zeppelin had certainly made effective use of keyboards before; John Paul Jones’ Mellotron work on “The Rain Song” from Houses of the Holy is simple yet sublime. But the synths on “Carouselambra” are far more prominent and – this is key – aggressive. Again approaching repetition as a virtue, he lays down a stuttering yet relentless chord sequence. Reviewers at the time likened it (unfavorably) to works from progressive rock acts. With the benefit of four decades’ insight, the comparison has merit, but it’s a plus. Plant’s vocal is buried in the mix, and his lyrics seem slight. But the orchestration is delightful, and as the lengthy song moves through “movements,” it reveals its complexity and power. Page’s slow, thundering chords ring out during the expansive sections, and then his chiming fingerpicking adds an additional melodic hook to the song. Bonham gets plenty of space to explore different beats and textures. The arrangement teases the listener; as soon as one settles into a groove, the band changes it up. And again, and again. Seven minutes in, the song becomes even more of a synthesizer showcase, with at least three different keyboard parts. Page adds soaring guitar lines atop that mix as the song builds toward a crescendo. Then the whole thing fades into silence. 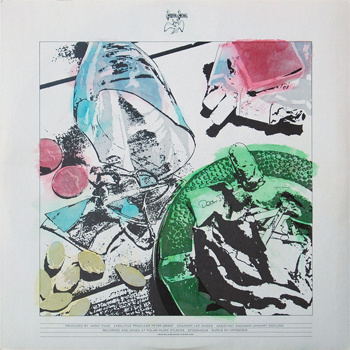 Having whetted the listener’s appetite for synthesizers, the band goes for broke with “All My Love.” Romantic ballads would rarely figure in Led Zeppelin’s catalog, but this one – a highly tuneful and commercial number – ranks among the band’s best. Jones’ string synth has a character more in line with the pseudo-classical ambitions of bands like Genesis. Plant’s vocal is warm and romantic, and prominent in the mix. Jones’ monophonic synthesizer solo is transcendent. Page adds bits of guitar filigree that help give more texture to the song, but here his work is more decorative than foundational. Bonham’s fills seem to suggest that he’d like to break into a hard rocker, but his heavy approach keeps the song from getting too sweet.

Though it opens to the sounds of stirring string synthesizers, “I’m Gonna Crawl” is really a nod to Led Zeppelin’s early days. Its sound falls halfway between the straight blues of the band’s earliest records and Robert Plant’s post-Led Zeppelin work, specifically his 1984 Honeydrippers EP, Volume One. Jimmy Page’s extended guitar solo on the almost painfully slow tune is predictably well-put-together.

The packaging for In Though the Out Door was nothing if not unusual. The album jacket came wrapped in a brown paper bag, with the band name and title faux-stamped on its front. Curiously, that bag wasn’t attempting to obscure a risqué cover; no full-frontals a la John and Yoko for Led Zeppelin. In fact there were six different photographs used for covers; buyers wouldn’t know which one they had until getting home and unwrapping the record. The photographs are all various perspectives of the same scene: a messy and dimly-lit bar featuring a suited gentleman setting a piece of paper alight while a burly bartender looks on.

At first glance, the inner sleeve images seem to be mere high-contrast black-and-white details from that same scene. But – and I have no idea how we all knew of this in 1979, but we did – if one daubed a paintbrush with a bit of water and applied it across key spots on the image, colors revealed themselves. Each side of the inner sleeve had an image that could be altered in this fashion. Fun and interesting and interactive as it was, the reasoning behind it would remain unknown. 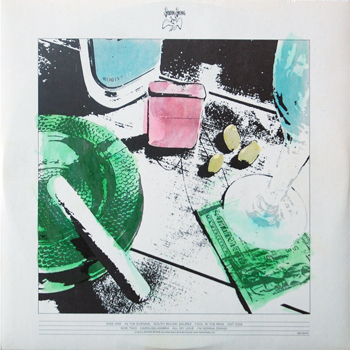 In Through the Out Door was massively successful on release, the album went 6X Platinum in the United States, making it to the Top Ten on album charts in Australia, Canada, France, Japan, New Zealand, Spain and the UK. It performed well in Sweden (where it was recorded), Norway, West Germany, Switzerland and Italy as well.

Less than a year after the album’s release, drummer John Bonham died at age 32; his death came almost exactly two years after the death of Who drummer Keith Moon, also 32. But unlike the Who, for Led Zeppelin, the loss of its drummer spelled the end of the band. A collection of odds and ends, the pointedly-titled Coda would be the final Led Zeppelin album, released in 1982.