Home  »  alt-country • interview • vinyl   »   Ian McDonald: From Prog to Arena Rock to Alt-country, All in Style

Ian McDonald: From Prog to Arena Rock to Alt-country, All in Style 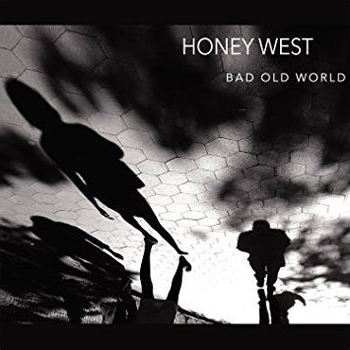 Most people will know the name Ian McDonald from his work with King Crimson and Foreigner. But his body of work extends well beyond pioneering progressive rock and ’70s arena rock. His current project is, in fact, a far cry from both of those styles. A superb multi-instrumentalist and songwriter, McDonald lends his talents to a country-flavored band called Honey West. The group’s debut CD was release about two years ago, and a long-delayed vinyl release is just now hitting the marketplace. McDonald’s path to joining the New York City outfit was a bit unusual. I’ll let him tell the story…

You started working with Ted Zurkowski to create music for Shakespeare plays, and that evolved into you playing in a band with him, Honey West. Tell me about that.

I live in New York and I had some neighbors, literally, across the street: Ted and his wife, Lynnea Benson. They used to walk the dog, and I used to walk my dog; we ended up talking. I found out that they had a theatre company. Lynne directs the company. And also, at the same time, Ted had a three-piece sort of alt-country band called Honey West. So Lynnea and Ted asked me if I would write some music for some of their Shakespeare productions, which I did. And that was a very interesting experience. It was a great experience for two or three years doing that. And in the meantime, I had joined Ted’s group. We have an album out, which I’m very proud of. I was heavily involved in it: I co-wrote the majority of the songs and produced the album. And I’m very pleased and happy with the way that turned out, and I urge many people as I can to seek it out. It’s called Bad Old World.

Does Honey West play outside of New York City?

We went out of town a couple of times recently, actually. We did a show up at Woodstock at Levon Helm’s barn studio and we went to a town called New Hope in Pennsylvania. So, yeah. We’re reaching out. We are playing in New York here and there, and the live band is sounding better and better. It’s a lot of fun, too.

And there’s going to be a vinyl release of the album as well?

Yeah, that’s in the works. Well, the CD has been out for a year or so now and doing quite well. We do have a vinyl release coming up, which I’m excited about. It’s sounding really good. Obviously, I was involved in the mastering process of that and it sounds really good on vinyl. The album was sort of conceived in the album format, anyway, from the beginning, with a sequence of side one and side two. And the artwork looks great in a 12” x 12” format. We’re just waiting to approve some test pressings as we speak.

Click here for much, much more of my conversation with Ian McDonald.