The Mule Comes Alive: A Conversation with Warren Haynes 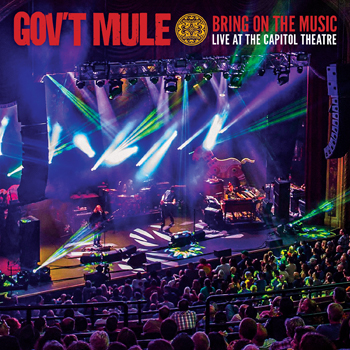 One of the earliest – if not the first – professional concert recording prepared for release was Benny Goodman’s 1938 Carnegie Hall Jazz Concert. Now, more than 80 years later, the live concert album is every bit as artistically relevant. And fans’ appetite for those releases is as strong as ever, especially when the act is one renowned for its live performances. And even though Gov’t Mule – the rock band led by former Allman Brothers guitarist Warren Haynes – has officially released at least eight live albums already, there’s still something special about its latest release, Bring on the Music: Live at the Capitol Theatre.

“I think in our heart of hearts, we’re more attached to the live performances than we are to our studio recordings,” says Haynes. “As much as we love making studio records, it’s really onstage when the music comes alive.” Released June 28, Bring on the Music is available as a 2CD set, a pair of double-vinyl packages, and a deluxe version that includes the two CDs plus a full-length concert film on two DVDs.

Haynes has enjoyed a long and fulfilling relationship with the venue at which the concert was recorded. New York City’s Capitol Theatre hosted countless shows by the Allman Brothers, and Gov’t Mule has played there many times as well. “It’s one of the few old-school theaters that really looks and sounds great,” Haynes says. He included a quote about the Capitol in the new album’s liner notes. “There’s only really two theaters,” said Grateful Dead guitarist Jerry Garcia. “The Fillmore and the Capitol Theater.”

In addition to the venue’s acoustics, Haynes appreciates what he calls the “psychedelic light show” at the Capitol Theatre. “It kind of wraps around the entire venue,” he says. “ They’re utilizing all the walls on the inside of the venue as part of the projection. And we captured some of that in the movie; there are times when the shots will be focusing on what the audience is seeing while they’re watching the band.” That audiovisual immersion attempts – and succeeds – at creating a you-are-there feel for the concert film. 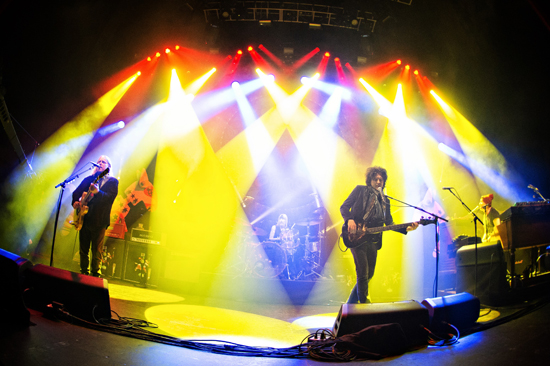 The music of Gov’t Mule resist easy categorization. They’re often described as a jam band, but – at least on studio albums – songs under five minutes aren’t rare. They’re sometimes called a Southern rock band, but while Haynes is from North Carolina (and drummer Matt Abts is Oklahoma-born), for more than a decade the band’s lineup has featured New Yorker Danny Louis on keyboards and Swedish bassist Jorgen Carlsson.

Haynes understands why each of those labels gets applied to his group, but he’s not completely comfortable with either. “They labeled the Allman Brothers ‘Southern rock’ too,” he notes. “And they were never comfortable with that.” He mentions that Gregg Allman found the term redundant, because rock ‘n’ roll music came from the South. “He said, ‘It’s kind of like calling it rock rock,’” Haynes says with a chuckle.

Haynes feels more of a kinship with the heavy rock bands of the late 1960s and early ’70s. From the band’s start in 1994 up until the 2000 death of bassist and founding member Allen Woody, Gov’t Mule was a trio. “When we first started,” Haynes explains, “we were definitely trying to bring back a particular sound that we felt was missing from the musical landscape: the power trio.” He mentions Cream, the Jimi Hendrix Experience and Mountain. “Those were the experimental trios,” he says. “We were just trying to bring back that jazz approach to the trio rock music.”

But 25 years after its start, Gov’t Mule resists pigeonholing. “We’re able to tackle all these different approaches and different influences that we have,” Haynes says. “I’ve always felt like [Gov’t Mule] is a laboratory for us to do whatever feels good.”