Though she can attribute at least some of her success to doing well in songwriting contests, Asheville-based singer-songwriter Alexa Rose has mixed feelings about competition. But as she put the finishing touches on Medicine for Living, her album due in this month, Rose teamed up with a recent fellow competitor for a songwriter-focused show at Isis Music Hall on August 18.

“I’m not usually one for music contests,” says Rose, winner at the recent Chris Austin Songwriting Contest at Merlefest, winner of a 2016 Brown Bag Songwriting Contest, and a finalist in this year’s LEAF Festival Singer-Songwriter Competition. While she emphasizes that such events are great for networking with other musicians, she believes that making a competition out of art runs counter to the spirit of that art. “It’s sort of contradictory,” she says. “I think it’s necessary … I don’t know. But it looks good on paper.” 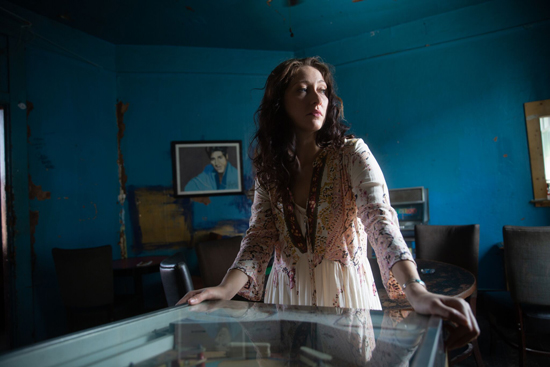 Yet some of Rose’s favorite artists used songwriting contests to get their careers going. “Tift Merritt’s a previous winner of [the Chris Austin contest], and I really admire her,” she says. “I saw her perform at Merlefest that first year I did the contest too, which was really cool.” Gillian Welch is a former winner as well. “She won that contest the year I was born,” Rose says.

There’s no denying that a win – or even making it to the final round – at a songwriting contest can raise an artist’s profile. And that’s important in a a crowded musical field. So even for reluctant contestants like Rose, it’s often worth taking the plunge.

The first time Alexa Rose found herself competing in the Merlefest-hosted contest, it was almost by accident. “Some friends entered a song for me in 2016,” she says with a laugh. “They kind of surprised me by doing that.” Complicating matters further, the song they chose was one that Rose didn’t particularly like. She didn’t win.

But despite her reservations, Rose admits that she truly enjoyed the experience. “I met such wonderful people that I wanted to do it again,” she says. “I was so attracted to it because of all the other folks – who I really admire – who have done it in the past.” This year’s contest judging panel included two more artists high on Rose’s list of favorites: Kenneth Pattengale and Joe Ryan of indie folk duo the Milk Carton Kids. “It was a wonderful experience,” she says. “I met a lot of people who I still keep in touch with through those contests.”

One enduring connection Rose made at a competition was My One and Only, the Nashville duo of Kassie and Ben Wilson. “I met them through the NewSong Contest at LEAF,” she says. Their music and Rose’s complement each other so much that the two acts shared the bill at Isis. “That’s a great example of the way that [contest] are wonderful,” Rose says. “You can become friends with other people who are doing what you’re doing, and who are equally as uncomfortable with the contest aspect. And then you can talk about that, and dissolve it.”

Alexa Rose’s music career has come a long way in a short time; those contest wins are merely mile markers on her journey. Originally from Virginia, Rose moved to Boone in 2013 to attend college. After graduating, she relocated around Western North Carolina in an itinerant fashion.

Rose knew that Asheville was her ultimate destination. “I thought the music scene was really cool, and I was interested in being a part of that, but I didn’t really have a steady source of income,” she says. “So I would find a little shack for $300, or a place that didn’t have electricity.” At one point she lived in “a renovated shed that boasted solar panels. They ended up not working,” she says with a laugh. “And the water came from a hose that was connected to some other house.”

Even before landing in Asheville, Rose adopted it as her base of operations. “I’m sure that if you went through all the archives online, you would find posts on social media by me, claiming to be Asheville-based,” she says with a chuckle. “But I really wasn’t.” Even when still in Boone, she traveled to play gigs at Asheville Regional Airport. “I’d get up at six and drive there to play Ashvegas’ ‘Music on the Fly’ series,” she says.

Once settled in town, Rose quickly fell in with a crowd of fellow singer-songwriters. “I think of all the incredible people who live and make music here,” she says with a clear sense of awe. With a flash of wit, she adds, “Sometimes I feel like I should expand my social circle beyond musicians. Probably reach out to some yoga instructors, or restaurant owners.”