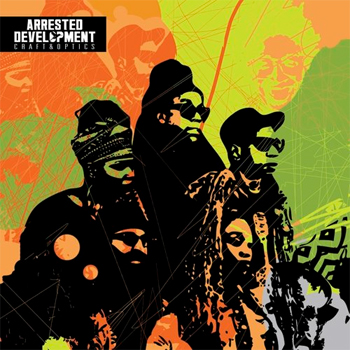 For decades it’s been the case that American artists – especially the more interesting ones – tend to do better in Europe and Asia. The list of blues and jazz artists who had to go to Europe to be make a living is really long. Why do you think your music resonates with people in Japan in a way it doesn’t always do here?

I think America has had a problem for quite a long time. The problem is that America doesn’t really have a philosophy of what our soul is.

The early ’90s was an extremely vibrant, because there was so much diversity, from Nirvana to Arrested Development to Dr. Dre to Public Enemy. It almost reminded me of the ’60s where there was a lot of protest and expressing where we’re going as a nation and as a world.

Overseas, I think there’s an appreciation for the soul of something: where it’s trying to go, what’s the message it’s trying to relay. And it doesn’t always have to be some mew product. People are way more willing to watch an artist progress and go the different places the artist wants to go, as opposed to, “Yeah, I used to love that artist, but now there’s a new artist, and I really love them more. So I’ll just get rid of the old artist.” I think they just have a different philosophy.

Do you think it’s down to the fact that they have a longer cultural history?

Yeah, I agree with you. And even the way that the culture’s set up … if you go to Europe, most of the buildings are hundreds of years old. And I think the mindset of that part of the world is more inclusive. They haven’t had the chance to be as exclusive as the United States, which is pretty much not surrounded by anybody except Canada and Mexico. They don’t have that luxury; there are a lot of other countries right around them. There’s a philosophy of building on top of the old as opposed to just destroying the old and starting fresh every time.

I’m not suggesting that I don’t like new things; I do. But I also think that history is extremely grounding.

Can you tell me what the passing of Arrested Development’s spiritual mentor Baba Oje has meant for the group?

He passed last year, the day after my birthday. We were in Paris, touring. He wasn’t with us; he was in Milwaukee, which is where I [first] met him. He was with close family and friends. I got a chance to see him a week before he died, and he was basically on his deathbed.

Baba passing away was the end of an era for us, for hip-hop, where elders and youth and musical groups coexisted. It didn’t happen much beyond Arrested Development, but just the fact that it happened for Arrested Development was a wonderful symbol of not only music but of culture, of having those energies coexist. In my opinion, him passing away was the death of that concept. Maybe someone else will take it up and resurrect it.

Just on a personal level, we had been touring without Baba for at least eight, maybe nine years. Because he had already started to become ill. In fact it’s ironic that I was in Paris when he died; he had fell out in Paris maybe nine years earlier; that’s what stopped him from touring any more. We were going to the next country, and he fell out; I had to stay behind while the group went on. We went ot the hospital mad it turned out that he was just getting weaker.

His health was ailing for quite awhile, so we’ve been able to understand that he had a very limited amount of time on Earth. We did have a chance to get used to the idea of him being ill. But I will say that he lived to be a pretty nice old age, 87. And he did some pretty amazing things. So we celebrate his life as always, and at the same time it’s still a big loss.

You were in your early 20s when the group started; now you’re 50. Do you recognize the guy who wrote those lyrics back in the early ’90s?

I do recognize him to some extent; yeah, I do.

How has your perspective changed?

In huge ways. First of all, I’m way more jaded. That’s an unfortunate truth. The industry can jade you very quickly, especially the more success you have. I think that the less success a band has, to some extent you’re able to stay naive about things. Because you’re hoping for that day when success will come. But when you’ve had that big success, then you start to see the magic behind the curtain. And it can jade you. And I think that’s part of what changed in my character and in who I am as an artist today.

And at the same time, I still feel very inspired like that young Speech was. But I don’t think I’m willing to ask as if I don’t know what’s behind the curtain; I’m unwilling to do that. Lyrically and musically, I want to be honest and real, and at the same time be innovative. That’s my hope; that’s my goal.