Arrested Development has found success beyond the hip-hop fan base in a way that other acts haven’t always done, and you’ve done it without compromising your approach. What do you think explains the group’s appeal to listeners who might not otherwise be all that interested in hip-hop?

The music was looked at as an alternative to hip-hop. I think it ended up being called that, just because of how expansive it was. For me, it was in the same school of thought of where “Three Feet High and Rising” from De La Soul was going, or maybe Public Enemy with some of the experimental places they went with a barrage of sound and noises and different concepts. 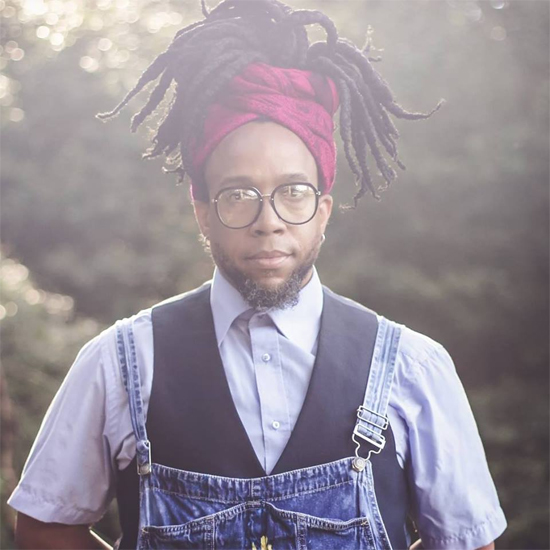 So for me, it felt like a natural progression. But I think the hip-hop world in general felt like it as very [far] from the core of what hip-hop is. Therefore, fans and other peers felt like it was hip-hop, but also other genres. I think that was an unfair [analysis] for us. Because later, groups would do exactly what we were doing. Black Eyed Peas, for instance, crossed numerous genre boundaries and would do very big pop numbers with a lot of types of sounds. Groups like Outkast would very much expand their sound way beyond the average, what they would call boom-bap, hip-hop from New York or what-have-you. And of Course Lauryn Hill would do that. And now Drake and others do that constantly; it’s pretty common nowadays that you’re going to expand way past what was known as hip-hop, and still be a hip-hop artist.

I wish we would have been able to have the benefit of that kind of defining of us, because I think it would have allowed us to be known as innovators as opposed to just alternative and different.

Nowadays I think it’s more acceptable to do things that don’t rigidly follow audiences’ preconceived notions of what a genre is supposed to be. I think of Fantastic Negrito, who’s nominally a blues artist, but there’s everything in there. He wins Blues Awards, but that’s way too small a box to put him in . And I think the same is true of Arrested Development.

I totally agree with you on that. And some artists … I mentioned Drake, for instance. he’s had the benefit of doing hip-hop but also doing straight-up pop songs; he’s touched on a lot of genres throughout his career, but he’s clearly known as a hip-hop artist as well. He still has that credibility within the hip-hop industry, but at the same time, he’s expanding musically without judgment.

I think we were too early; to some in the hip-hop world, we were sort of judged for being too melodic, too musical.

And then a couple of years later, other people could come along and sort of follow on from that. And it doesn’t seem as jarring.

Exactly; it’s totally acceptable. Our first single, “”Tennessee,” had a woman, Dionne Farris, an incredible singer who just straight up-and-down sang a solo that was probably a minute and a half to two minutes long. Which, in hip-hop had never been done before, ever. But now it would be done all the time. On Dr. Dre’s album that would come out soon after ours, singing and melodic energy would be very much the norm. And Jay-Z’s The Blueprint 3 album had Alicia Keys singing about New York; it was almost like a Broadway chorus.

But these things were unacceptable in a sense – or at least what would be titled “alternative” – during our time.

Arrested Development has always been about conscious lyrics. A lot has happened in the United States since the 1992 debut album. The country has gone through 9/11, a relatively optimistic period during the Obama years, and now pessimism in the face of our current administration. Because the group has generally been about positivity, have you found it easier or more difficult in various times to create material that expresses that worldview?

Oh, definitely. It’s been a challenge to try to write material that’s, first of all, relevant. And to some extent, since our debut album, we’ve failed at that. I made a documentary called The Nigga Factory that expresses what I’m about to say, which is that the music industry took a very hard and strange turn. In 1996, for instance, the Telecommunications Act came out, singed by Bill Clinton. Basically, it gave corporations the ability to have [mass communication] monopolies in every city and state across the nation. They would own newspapers, video channels and radio stations. And that would shrink the [number] of people making decisions about music, and it would also change the philosophy of music from artist-driven to being corporate and financial-based [with regard to] what music should get out there.

That very much affected our ability to stay relevant. Because most of the music, especially in hip-hop, is about materialism – what watch I’ve got on, what car I’m able to buy, how much “ice” I have on my wrist or in my teeth – and we’re talking about redemption from 400-year-old injustices, those two themes don’t match together in the corporate paradigm. So it’s very hard to stay relevant and try to get people to have fun while they’re listening to the music. It’s been hard to find an audience, especially here. But we’ve done much better overseas.

And it reminds me of what you said when you mentioned Obama, and then right afterwards, Trump. I think that despite what I would consider Obama’s years of stability, civility, intelligence and forward thinking, it was followed up with what I would consider with this new president a turning back of the clock. It reminds me of what America has done for quite awhile, for instance after Reconstruction, where all of the wrongs that were clearly wrong were trying to be righted. And trying to be righted pretty radically: right off the bat there were black congressmen, and inclusion was rushed into the American way of life. But apparently it was too fast for much of the American population; they rebelled against it, and right after that we had Jim Crow and lynchings.