If you turned on your radio or tuned into MTV in 1992, you were familiar with Arrested Development. The Atlanta-based group did something that was quite unique for its time; standing in stark contrast to the gangsta rap of the era, Arrested Development made conscious, melodic hip-hop. For its trouble, the group scored early and massive success, but was tagged with a genre label it didn’t really want: alternative hip-hop. The group has had major ups and down since then, but remains a vital force in and beyond hip-hop. I recently spoke at length with leader and founding member Speech about the band’s past and present. 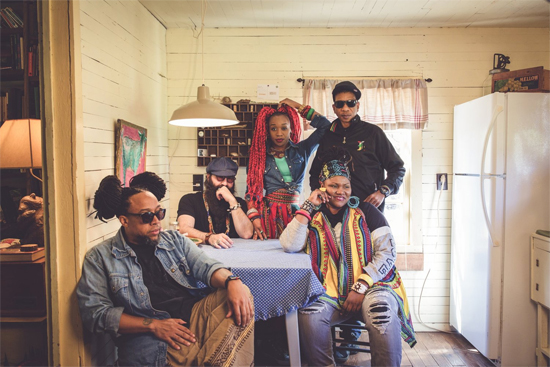 Arrested Development’s debut album was a commercial and critical success; that kind of phenomenon is fairly rare in popular music. And what’s rarer still is for the artist to continue successfully beyond that. Arrested Development’s commercial period pretty much corresponds with the Chrysalis years. Was there a freedom and sense of control that came with releasing your material yourselves beginning in 2001?

Yes and no. I mean, there was creative freedom to do what we wanted to do, but there wasn’t the machinery to help market and promote that we were used to. I wish we would have had more of a slow build in our career so that we could have learned how to market and how to reach our fans in a more intimate way. Like a Michael Franti, who used to open up for us. He started off with Disposable Heroes of Hiphoprisy and then moved on, and was able to sort of understand who his fan base was over time, and cater to that fan base. We didn’t have that luxury.

I was talking to Michael Stipe of R.E.M., and he said the same thing. This is his words. “We had a chance to do a number of bad albums, and then start getting better over time.” His point to me was that “You guys didn’t have that chance to build an organic audience. You had the machinery behind you.” And because the first singles did pretty well, the machinery kicked in. And all of a sudden, we were Rolling Stone‘s Band of the Year in 1993, all off of our first album.

I think – while I’m extremely grateful for the creative freedom that we were able to [have] later – it’s been an interesting ride trying to find the audience again.

And that all happened in what we might almost call the twilight era of the record labels, because eventually, everybody had to figure out how to market directly to the fans. Nowadays, [label support] isn’t even part of the paradigm for many artists. Even if you do get a major label deal, they’re more concerned with, “How big is your fan base?” So I would think that in some ways, you started directly reaching out to your fan base around the turn of the century at the time when everybody was having to do that. Does that sound about right?

Not for me. For us, we had an interesting experience because our second album sold somewhere close to 500,000 units. Which was not nearly as much as the first album had sold: 4 million units in the United States. And so we disbanded for abut five years, and by the time 2000 came about, I had already released, I think it was, four solo albums that were highly successful, but in Japan only. And so we released our first sort of reunited album in Japan; we didn’t release it in the States.

So the thing that I think that a lot of major labels can do – even today, with a Cardi B or a Jay-Z or whomever – although these artists may have their own social media following, the label is still able to get you on Jimmy Fallon, get you some of that wide, mainstream coverage [so] that people know that the record is out, and they’re sort of excited by the hype behind it. And I think the [labels’] budget for music videos allows you to be a lot more creative. So I think it’s things like that that I miss.

Don’t get me wrong: I wish I could do it independently, but that was the thing that I think major labels did offer back in 2000 and still do offer for a lot of the artists.

There’s the idea that an artist has their whole life to write songs for a debut, and then a very short time to come up with material for a follow-up. When you were working on the second album, did you find that to be a challenge, and if so, how did you deal with it?

I did find it to be a challenge, but not for the reason that you just expressed. Even though I agree with that general sentiment.

It was a challenge for me because the group was going through internal beef. Just that internal strife – people arguing over money and different songwriting splits, the court battles – all of these types of things in retrospect I realize are extremely common with successful groups. But at that time, as a new artist in the professional recording industry with a debut album, it was very taxing and draining. And I think it stifled a lot of my personal creativity during the second album’s recording time.

And, the record label wanted to release it so quickly; they had a date to try to meet various financial goals. In retrospect, if I would have known that, I wouldn’t have allowed them to push me that fast. But that’s how things go with the record labels sometimes; they want to meet quarterly goals and stuff like that.