Lesley Riddle is an important yet mostly overlooked figure in the history of American music. A musician and folklorist, he collaborated with –and greatly influenced the Carter Family. As an African American who as key in the development of country music, he deserves honor and recognition. Now in its 12th year, the annual RiddleFest celebrates the life, work and music of this 20th century musical pioneer. Headlined by Dom Flemons, RiddleFest 2019 took place in Burnsville on June 22. 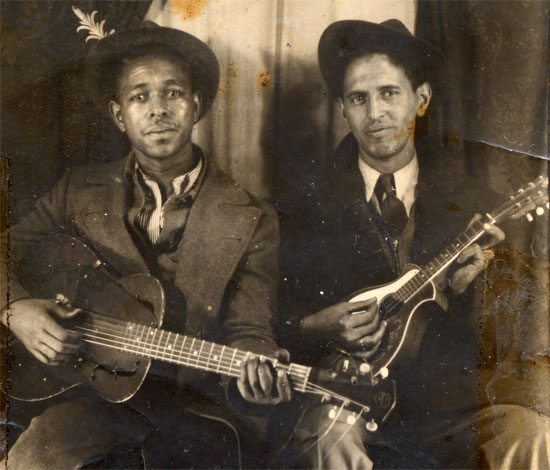 As Ellen Denker, vice chair of Traditional Voices Group (the organization behind RiddleFest) explains, Riddle – who was born in Burnsville in 1905 and died in Asheville in 1979 – Lesley Riddle “played a significant role in the early development of today’s country music through his relationship with A.P., Sara and Maybelle Carter.” She says that Maybelle’s distinctive guitar picking style was learned from Riddle, and that the repertoire of the Carter Family “owes much to Riddle’s song gathering in the southern Appalachian Mountains.”

Song gathering has played an important part in chronicling and preserving musical folklore. In the 19th century, Francis James Child researched and collected a wealth of English and Scottish ballads; in the 20th century, ethnomusicologist Alan Lomax made use of technology and collected folk music via field recordings. In his own way, Riddle was a kindred spirit to both Child and Lomax. 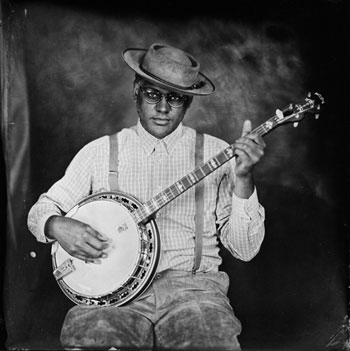 North Carolina Music Hall of Fame inductee Dom Flemons is a modern-day exponent of that tradition of cultural preservation. Known as “The American Songster,” the co-founder and former member of the Carolina Chocolate Drops has his own idea as to why Riddle isn’t more well-known. “While Lomax and Child are part of the transition from pen and paper to record folkloric documentation, Riddle’s role is a bit more abstract,” he says. Flemons notes that the music business is set up in a way that marginalizes anyone whose name isn’t on a song’s official copyright, so song gatherers can get short shrift.

Flemons also points out that even the folkloric importance of the Carter Family wasn’t recognized until the folk music revival of the 1960s. “The Carter Family were recording commercial records being sold not as folkloric music, but as popular music,” he says. So by association, Riddle’s contribution went mostly unnoticed as well.

Interestingly, Flemons doesn’t think that Riddle being an African American in the rural United States of the early to middle 20th century worked against him gaining notability. He says that a black man playing country music in the 1920s wasn’t “as unique as we would necessary think today.” He notes that the time that Riddle and A.P. Carter spent traveling by car didn’t feature too many societal obstacles. “ Lesley [had] a few funny stories about being put up in housing conditions that were less than ideal,” Flemons says. “But that was obviously something the men committed to as they set off on their journey.”

Flemons also points to “a Southern tradition of familiarity that at times has been known to transcend racial barriers.” He says that commonality of religious or economic backgrounds could sometimes overcome racial differences, and also points out another possibly mitigating factor. “Lesley had a physical handicap [a leg amputated at the knee] that might have allowed him to move more freely,” Flemons says. “There was a culture of handicapped African Americans having some leeway to busk and make their living in alternate ways.”

The work of Lesley Riddle was first brought to Flemons’ attention nearly 20 years ago. Fellow folk musician and folklorist Mike Seeger suggested that he listen to Step by Step, an album Seeger compiled from a decade-long series of Riddle recordings. Flemons was struck by the similarity between Riddle’s playing style and that of Maybelle Carter. “After listening to the album,” Flemons says, “I made my way over to the Southern Folklife Collection where Mike’s field recordings are housed, and listened to the unedited tapes.” He was hooked.

“What makes Lesley’s music so interesting is that it perfectly straddles the lines between North Carolina Piedmont blues and country music,” Flemons says. “While I had expected to hear an exact replica of the ‘Carter Scratch,’ I was surprised to find that Lesley’s playing was deeply rooted in the North Carolina blues guitar tradition.” 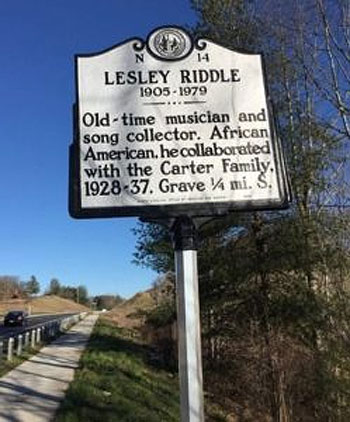 Flemons is the first African American artist to headline RiddleFest, though several other musicians of color have been featured in the past. Denker mentions Jim Arrendell, members of the Griffith Chapel Singers and Appalachian State University’s Gospel Choir under the direction of Dr. Tony McNeill as prominent RiddleFest performers in recent years.

Describing it as “a combination of country music, blues, folk and early ragtime,” Flemons characterized his set at the 2019 RiddleFest as “an overview of American roots music that reflects the music Lesley Riddle represents. Denker says that Traditional Voices Group invited Flemons to recognize his commitment to old time music. Flemons “gathers old time musical expressions and gives them a fresh voice,” she says.

Dom Flemons believes that Lesley Riddle’s physical presence on those trips with A.P. Carter make him an important figure in country music. “While A.P. collected the songs and re-worked them to make them unique compositions, Lesley’s role as a ‘human jukebox’ – recording the melodies in his mind and passing them on to the Carters again – makes him as important of a country music pioneer as the Carters themselves.”