Denny Laine was a founding member of the Moody Blues, along with longtime members Ray Thomas and Mike Pinder. He left and went on to a solo career, working briefly with a Birmingham “supergroup” called Balls (also including future ELO keyboardist Richard Tandy, Plastic Ono Band drummer Alan White and Apple protege Jackie Lomax). Later he joined Ginger Baker’s Airforce, and started his own Denny Laine String Band. Then he joined Paul and Linda McCartney in Wings. Today he tours as a solo artist, with his own band, and sometimes as part of an all-star aggregation of rock ‘n’ roll veterans. I spoke with him recently about Wings’ final album, 1979’s Back to the Egg (that conversation is here), but as you’ll see, our conversation dug into other topics as well. He’s currently touring his one-man Songs and Stories show; I saw him at an Asheville date in late June. 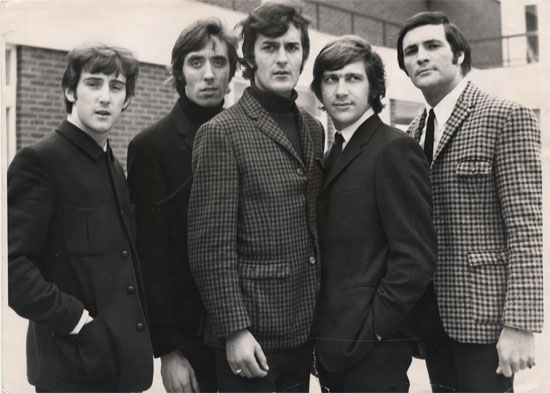 How and when did you develop the idea for the solo show?

I have a band, they’re called the Moody Wing Band. And I go out doing shows doing the Band on the Run album and The Moody Blues’ first album with that band. But in between those sets, I would go up and do some solo stuff. About 20 minutes, on acoustic guitar, just to break it up, right? And also, with other bands that I’ve worked with, I’ve done the same thing, but I do a little set in-between the show. So, anyway, it started out like that. And then, people liked it. So, I thought, “Well, since my band’s very busy doing other things on and off, I thought I’d get some gigs doing that.” So I did, and it started going down really well. It fills in when I’m not working with the band. I do enjoy band work, but I really am starting to enjoy this audience participation thing with the solo [shows].

Do you find that the stories that you’re sharing in-between the songs are things that the audience is hearing for the first time? You’re telling them stuff they don’t already know?

In some ways. Or they’re hearing my version of something they’ve already heard about, my side of it. There will be stories of how a song came together. “Mull of Kintyre” is one example of a song that I do, and I wrote with Paul. It was a huge hit in Europe at the time. The way that that song was written and where we were and all that stuff is well-documented to a certain degree. But I have, obviously, my take on that. And that’s the sort of thing I do. I do tell some stories. It’s about songs that they don’t know much about. I kind of mix it up. I do it by feel, really.

You used the expression “audience participation.” Do you take questions from the audience?

Sometimes they will make a comment or suggest a song. Something like that, yeah, and I definitely do have that kind of relationship with the audience whereby they show interest in the whole thing, and especially because they will know the song to a certain degree anyway. You’re leading up to it and they get the picture more. Because you don’t get to do that with a band as much. As I say, I enjoy doing it and I have a choice of changing the songs around a little bit too if I want. So, I can add some more stuff or take some stuff out. I change it for what particular audience I’m reading, almost. 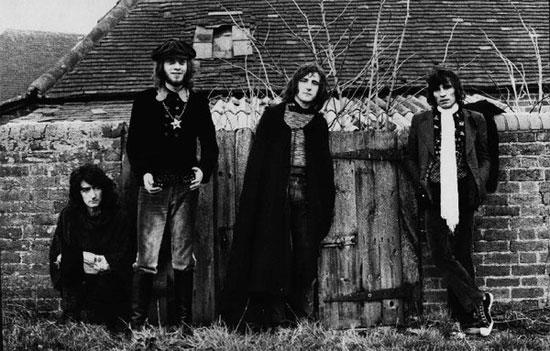 Balls, so to speak

The work that you did post-Moody Blues and pre-Wings isn’t widely known, especially here in the US. I’ve heard rumors for years and years that somewhere there’s a complete finished Balls album. Do you think there’s ever a chance that would get released?

No. There was never a finished Balls album. No. A few months ago, I spent some time with Alan White, who was the drummer. He’s been with Yes for many years, but we had a little laugh about that. We did do some recording with Jimmy Miller, but none of it, I don’t think, was ever finished. There might have been some tracks put down. We all walked away from it and we don’t know what happened with that. Jimmy’s well gone and so is [manager] Tony Secunda who was involved in that as well. They’re both passed away. I don’t know what happened to that stuff, but it must be somewhere, I suppose. I don’t remember doing a full album, but we definitely did some backing tracks. We didn’t finish any of the songs. I think we did about two that we put out as a single, and that’s all.

Trevor was involved, but he wasn’t in The Electric String Band. That’s a misprint. He was never in that band. Me and Trevor hung out together for quite a while during that period, but I put the String Band together on my own with Viv Prince from the Pretty Things and Andy – I forget his second name now [possibly Binky McKenzie – ed] – on bass guitar, and two violins and two cellos, and it was just that. There was no other “name” on it, except Viv Prince, the drummer. But anyway, Trevor wasn’t in that.

Trevor did come with me to join Ginger Baker’s Air Force. And so did Alan White. So, after the Balls thing we went into that. But the String Band was a completely different thing, and that’s something that I did do for about a year. Paul and John [Lennon] and Peter Asher were at the audience one night when I did a show with Jimi Hendrix in London, and they saw me doing that show. And I assume that’s why Paul called me eventually because he saw that I was doing was very similar to what he was doing with George Martin for “Eleanor Rigby” and and “Yesterday.” All that kind of stuff that was all orchestrated. It was very much that.

And I did start to get together with some of the guys that were eventually in ELO at one point. But I walked away from that. It was just a short period of time that I was thinking about getting involved in something like that with them. But we’re all from the same town [Birmingham] and [drummer] Bev Bevan, obviously, was in my first band; he started ELO with everyone as well. He was the drummer in my first band, The Diplomats. We all kind of know each other, from a distance almost. But it was a precursor to that, for sure.

But anyway, as I say, they’re from my hometown, and they did a good job extending what I was doing. It would be like the Moodies did. Because I mean, the Moodies were pretty innovative, even when I was in them. When I left, they extended that to another level, and that’s what happened with the String Band and ELO. They kind of took it to another level and had great success, and good luck to them. I’m really pleased because Bev was always a great friend. I was very happy for his success, as with the Moody Blues as well.