Are you at all intrigued by recent developments in keyboard technology? I’m thinking of things like the Continuum Fingerboard. Or do you prefer to stick with tools that are tried and true?

Well, I’m always interested because instrument makers provide you with the instrument. The thing is is that when it comes down to making music with new sounds, it’s a choice you make. I see some artists go into a mode of searching for new sounds. They’ll gravitate toward new instruments and so forth.

And then, there’s the other approach of trying to get good at something traditional. Like playing the piano, which is sort of my direction. I’m just intrigued with the instrument; always have been. So, if I have hours to spend during the day, I’ll write a new piano concerto rather than try to discover a new keyboard.

While critical assessments will always be subjective, I seem to have noticed that your work of the last decade or so seems to have earned even more sort of universally positive reviews than even some of your earlier efforts. Do you think that’s because you’ve gotten better, because reviewers are catching up with you or some other reason or reasons?

I have no idea, and I had no idea that that was a fact either. I don’t tend to look at reviews. Sometimes my friends will send me a good review, or we’ll laugh over a bad review. My opinion, generally, about that is that the freedom to communicate and to express yourself is a universal human right. It’s the right that I take to express myself the way I want with the instruments that I want and the kind of music that I love. And it’s a freedom. It’s a freedom that you take. So I wouldn’t limit people who write about music to limit their views.

The thing that gets tricky is that when a reviewer comes from a position of authority: He’s the reviewer for The New York Times, and he’s reviewed this and that and he’s reviewed God and Superman and so forth and now he’s going to review you. People forget that like people who write history books, it’s an opinion of one person. And all you have to do is recognize that, and it puts it in the right perspective. If you see a guy writing, “Oh, I really didn’t like that,” and he uses very poetic language to put down a piece of music, then you come away from it thinking, “Well, he didn’t like that, I guess.”

It’s been awhile since I picked it up, but Nicholas Slonimsky wrote a book [1953’s Lexicon of Musical Invective] where he collected bad reviews of the likes of Beethoven, Mozart, all the famous great musicians. You could see what incredible language that some of these guys wrote about how bad these guys were. And it kind of puts the whole thing into perspective. You know what I mean?

Another hallmark of your work is that you seem to almost always have multiple projects going at once. Or – at least from the listener’s standpoint – it seems like they’re all going at once. Do you think that one group is simply incapable of serving as a vehicle to express your musical ideas at any one given time? 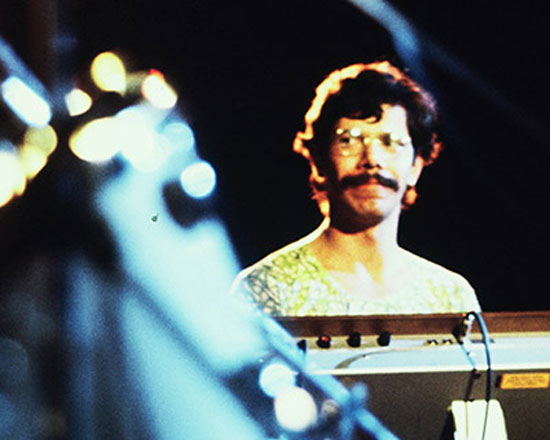 Not really, no. The musicians I play with are so capable, they could probably do anything. It’s more a matter of desires. I like to work with musicians whom I know will be interested in the project and will love to do the project. I’m not hiring help. I’m inviting co-creators and collaborators to work with me. I want them to be into what the project is. So, that’s one factor.

The other factor is that, unlike when I was in my 20s where I could put one band together, none of us was known, and so we banded together and went out on the road and brought our music around and created, made records, and entertained audiences and built an audience. And then, with the kind of musicians I work with, at a certain point, desires change. The artists change. The members of the band now want to do other projects, they want to create their own music or whatever. As I get older, my collaborators also get older, and all of us tend to be doing multiple projects. It’s not like keeping a band together. It’s tricky to do that, especially with music that’s not pop music that can make enough funds to keep a group of guys surviving for a long period of time.

In some circles, there’s the idea that the era of the album is over. As a prolific artist who’s just released album number I-don’t-even-know-what, what are your thoughts on that?

But for instance, for this project, I just took the muse by the wings and it came out to be an album. So I’m going for it. When you go into a performance with an audience, you notice that depending on the music and other things, the audience has an attention span. So it’s some kind of an agreement between what the artist brings and what the audience can enjoy.

Sometimes these days, the musicians will get real inspired one night, and we’ll play long sets. And at a certain point, people have babysitters and they need to go home, or some of the elderly get tired or whatever. And you see people leaving the theater. And I always say, “Hey, thanks for coming, man. I hope you enjoyed it up until now.” And then those that are left [move to seats] down front and we continue on.

So it’s a judgment to make about what to present to the audience in terms of recordings. But you learn. And I think the best learning platform is the live performance because then you see in present time. I have a perfect view because I travel all over the world every year. I see live audiences and what their responses are and what their tastes are. So I can keep adjusting my music so that it communicates in some way or another.