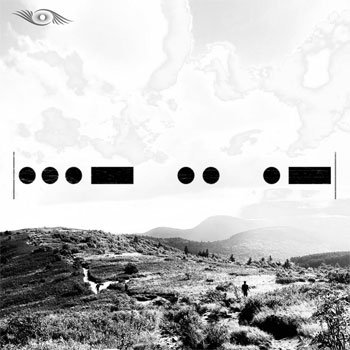 Originally based in Lubbock, Texas but now settled in Asheville, VIA is a shoegaze/electronic, sort-of-but-not-quite-instrumental band. At its core, VIA is instrumentalist Steven Gaona and vocalist/songwriter Karen Austin. At least in a live context, the duo includes drummer Dylan Jenkins, but no mention is made in any of the group’s press materials or social media of personnel beyond Austin and Gaona.

The duo/band’s press info does assert that Gaona was essentially a non-musician when he joined forces to make sounds with Austin; taking that claim at face value, he’s come a long way. And even by the standards of hype-filled band bios, Austin’s real back story is remarkable and unusual. Suffice to say that she brings to VIA the opposing influences of insular religious tradition (experienced in the northernmost reaches of British Columbia) and the pop music of U2. The uneasy dissonance between those influences manifests itself in VIA’s music in the form of emotional release.

“Firefly” opens to reveal a glacial, somnambulant soundscape. At first it’s difficult to discern if the track is meant to be an aural representation of a nightmare or a dream; the exceedingly minimalist drums are up front in the mix, but most everything else – droning guitars, Austin’s wordless vocals – sound as if they’re miles away. The track offers a darker take on the kind of music that Cocteau Twins made in the 1980s and beyond, but a doomy, somewhat sinister edge gives “Firefly” musical teeth that the Scottish band never displayed. Five-plus minutes into the tune – and after a brief spoken interlude – the track explodes, but while it’s louder and more energetic, the music remains as purposefully indistinct as before. A snippet of a vintage and well-known soda jingle is appended to the song’s end; it’s a tip of the hat to Austin’s late grandfather, a CEO at Coca-Cola.

“Gamer” heads in a completely different direction; it rocks hard, with distorted guitars and a stomping, dancefloor-ready beat. Glacial, glistening keyboard textures are set against furiously fast rhythms; the effect is deliberately disorienting. Austin is singing words, but those words seem chosen more for their aural texture than to convey a specific set of ideas.

“Morse” – the title of which presumably relates to the graphical representation of the group’s name in code on the album cover – is similar to “Firefly” yet different. This time the drums sound as if they’re set up in the next block, yet they’re providing a more distinct rhythm right from the start. A more defined melody is at the center of the track as well. But the impressionistic nature of Austin’s vocals remains at the center of the arrangement; in the end, “Morse” is more of a tonal canvas than a song; in that way it shares characteristics with tracks on Brian Eno’s classic Another Green World; the “songs” are less about melody and more about atmosphere.

“Suss You (In_Out)” opens with atmospheric keyboards; deep and indistinct in the mix one can hear speaking (a sermon? A speech?) while whispering – also indistinct – is forward in the mix. After the soothing, dreamy first half, the arrangement takes flight, with soaring, extended lead guitar lines, pummeling percussion and chanted “lead” vocals backed by howling. There’s an undefinable sense of dread in the tune. As the track approaches its end, discernible lyrics make their first appearance.

“Frequency” sources the same set of ingredients: found vocals, sinister-sounding synth pads and so on. White noise is introduced into the mix, which – even by VIA standards – is gauzy and faraway. A marching drumbeat imbues the track with a feeling that suggests warriors preparing for battle.

“Wander” employs guitar textures that – for the first time on this admirably original album – show the clear influence of U2 guitarist The Edge. But the song itself doesn’t sound much like Bono and his band mates; it’s more in line with the wall-of-sound shoegaze aesthetic that is VIA’s stock in trade. The sense of dread is more evident here than on most of the other tracks. The arrangement order is reversed from standard, as well: the track opens with a noisy approach, and finishes with the dreamy, ethereal vibe.

Morse wraps with “Achillian,” a track that begins with a subtle stuttering synth line that suggests some influence from The Orb. Austin applies high-pitched wordless vocalizing to a strident instrumental backing that would work well as the soundtrack to footage of space travel. As the tune unfolds, it takes on more of a style reminiscent of Cocteau Twins, which in its own way brings the album full circle back to its beginning.

The seven pieces on Vessels of Sound, Vol. 2: Morse seem purpose-built for live performance; most everything about the tracks could easily be expanded upon in a live context. But approached purely as a recording, the album displays ample charms all its own.