Home  »  interview • new release • rawk   »   For Caleb Johnson, The Second and Third Times are the Charm

For Caleb Johnson, The Second and Third Times are the Charm

Note: Caleb Johnson is a “local boy makes good” hometown success story here in Asheville. I wrote this feature on the eve of his current tour. This version is an expanded edit of the piece I filed at Mountain Xpress. — bk

Just days after his 23rd birthday – and after three years of trying – Asheville singer and musician Caleb Johnson was crowned the winner of American Idol‘s 13th season competition. Less than a year later, he released his debut album. Now – just past the five-year anniversary of his television win – Johnson is releasing what he considers his true solo debut recording. Kicking off a tour in support of Born from Southern Ground, Caleb Johnson played at Asheville’s Grey Eagle on June 13.

Johnson’s musical journey began when he was a student at Clyde A. Erwin Middle School; a friend and classmate lent him a rock CD. “He let me borrow Queen’s Greatest Hits,” Johnson recalls. “And I was completely sold.” The budding rocker’s tastes soon expanded to include Led Zeppelin, Rush, Black Sabbath and Van Halen. He kept digging, soon developing a passion for soul music: “Aretha Franklin, Wilson Pickett, Little Richard, Otis Redding … all that good stuff.” 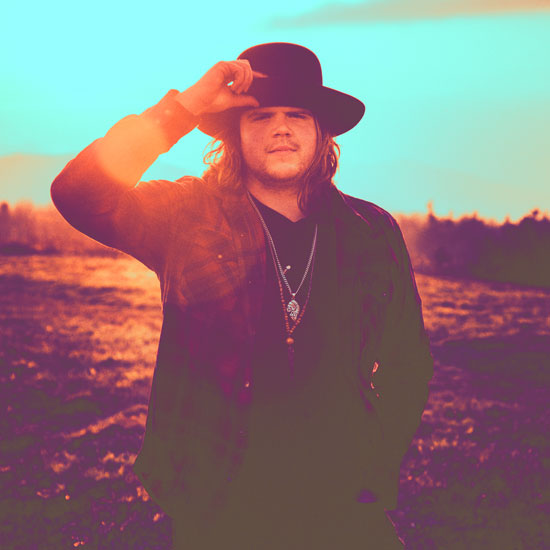 Growing up in Ashevile as the city developed its reputation as a hotbed of many musical styles was a key influence for the Johnson as a teenager. “Being able to go downtown and listen to music affected me in a really big way,” he says. By the time he was 18, Johnson was playing open mic nights at Pack’s Tavern. In 2010 he joined the band Elijah Hooker as lead vocalist; one of that band’s first gigs was sharing a bill at Tall Gary’s with Andrew Scotchie and the River Rats.

With Elijah Hooker, Johnson took part in a Battle of the Bands competition in Marion, N.C. His band didn’t win, but he did cross paths with a fellow contestant, then-unknown Charlotte singer-songwriter Luke Combs.

Meanwhile, by 2012, Johnson had already auditioned twice for American Idol. He was first inspired to get on the TV show after a freak accident. “I was run over by my own car,” he says with a laugh, “and I was laid up in a hospital for two weeks.” Immobile and bedridden, he watched a lot of television. When he saw American Idol, he thought to himself, “You know what? I could probably do that.”

Once recovered – and with the support and encouragement of his family – Johnson traveled to Nashville to audition. “I was so nervous that I sang with my eyes closed,” he says. Still, the show’s producer remained impressed. Johnson remembers being told, “You have a really special gift. You need to go back and take some time and really find yourself.” He moved on to subsequent auditions in Austin and Hollywood, but didn’t make the cut for the broadcast.

Johnson continued to hone his delivery and stage presence at home with Elijah Hooker, and came back to audition for American Idol the next year. This time he did even better. around for a second audition less than a year later. “I made it through the Las Vegas round, and was cut right before the live shows,” he says.

He took a year off. Johnson remembers telling his parents, “I want to write an original record [2013’s Elijah Hooker], do some shows and really get some more experience under my belt before I go do something like [auditioning for American Idol] again.” When auditions for the show’s 13th season began, Johnson’s dad encouraged him to try once more. But Johnson was reluctant, wanting to focus on his band for awhile longer.

“My dad looked me in the eye and said, ‘You really shouldn’t not do something and then regret not doing it 10, 20 years on down the line,’” Johnson says. So he relented. “I went and did it, got to the live shows and then won the whole damn thing.” He gives all credit to his father. “I probably wouldn’t be talking to you right now if he hadn’t said that to me,” Johnson says.

In the wake of his win, Johnson was hustled into a recording studio to capitalize on his newfound fame. Looking back, he has little positive to say about that particular experience. “It was basically just product to be put out in the market after I won the show,” he says. “There was no consideration for me as an artist or singer.” Johnson says that Testify “is overproduced, and completely disrespects all the fans that supported it, invested in it and voted for me on Idol.”

But some good did come out of the Testify sessions, Johnson established a working relationship with Nashville songwriter Blair Daly. And Daly is his co-writer for much of his new record, Born from Southern Ground. Together, Johnson and Daly have crafted a collection of songs that build on the influences of groups like the Black Crowes and other enduring heroes of heartfelt, high energy Southern rock.

Johnson’s uncle – famed Nashville session musician and Asheville native Bryan Sutton – produced the record. “He listened to what I wanted, and then helped make that happen,” Johnson enthuses. He characterizes the difference between Testify and the new release as “night and day. I consider Born from Southern Ground to be my first record.”

Johnson celebrates his local roots in the music video for the song “Born and Raised.” That video features Johnson driving his brother’s 1966 Mustang along Leicester Highway. He doesn’t get to spend a lot of time in Asheville these days, but keeps up with the local music scene as best as he can. Johnson names two acts – Scotchie’s River Rats and the Broadcast – for special praise. “And for the most part, the musicians I use out on the road are Asheville-based,” he says.

And after the Grey Eagle gig, the road awaits. Asked about his future plans, the relentlessly upbeat Johnson quotes Doobie Brothers-era Michael McDonald: “Takin’ it to the streets,” he says.