Stranger by the Minute: Porcupine Tree’s ‘Stupid Dream’ at 20 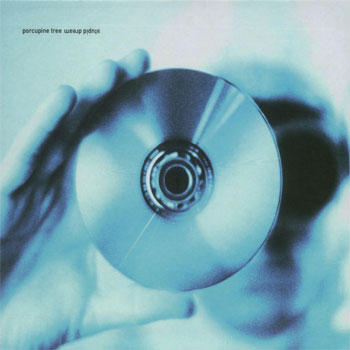 Porcupine Tree began as a ruse; Steven Wilson concocted a backstory for a fictitious band. But the prodigiously talented multi-instrumentalist crafted music to go with the legend, and thus the “group” was born. After a string of albums made essentially at home alone, Wilson put together an actual group and began playing live dates. 1996’s Signify was the first album to be recorded by the band-proper, then including Wilson, keyboardist Richard Barbieri, bassist Colin Edwin and drummer Chris Maitland. Signify pointed the way toward Porcupine Tree’s future, with a more song-based approach replacing the earlier, more more improvisational-based style.

But it would be Porcupine Tree’s final album of the 20th century, 1999’s Stupid Dream, that firmly established the Porcupine Tree sound. Though it wouldn’t chart – in fact it was the last of the band’s albums not to do so – Stupid Dream occupies an important place in the band’s history, bringing together progressive and pop textures. Greeted with near universal critical acclaim, it’s also a superb listen start to finish.

The album starts in grand fashion with “Even Less.” A glacial string arrangement fades in, but the sonic reverie is soon punctured by the sound of a laughing girl: the sort of aural device one had come to expect on Pink Floyd albums. Continuing that connection with the past, when Steven Wilson’s guitar enters, he’s playing slide in a manner more than a bit reminiscent of David Gilmour. After a couple of passes of an extended melodic riff, Maitland’s slap on the snare drum signals the entrance of the entire band. Built upon a simple chord progression adorned with a soaring melody and a distinctive synthesizer riff, the instrumental component of “Even Less” has enough going for it that little more is needed.

But as the verses begin, it’s clear that Wilson – composer of all of the music on Stupid Dream – has ideas to burn. His sings a melancholy lyric, supporting it with shimmering acoustic guitar; when the choruses come around, the contrast is effective and complementary. Other than its length (over seven minutes), the tracks has all of the elements required of a hit single. The final minute of the song features some mysterious found audio from a numbers station.

“Piano Lessons” is even more accessible. Upon a foundation of a four-chord piano melody – doubled by guitar – the song is impossibly catchy, and features a rousing vocal chorus. Deeply textured, “Piano Lessons” even displays bits of Wilson’s sardonic humor.

The track listed as “Stupid Dream” is more of a connective snippet, featuring strings nearly identical to the opening of “Even Less,” with bits of operatic vocal. It leads straight into the winsome “Pure Narcotic.” Wilson’s bright acoustic guitar is joined by Barbieri’s crystalline piano and chiming glockenspiel textures. The song’s heart-rending lyric explores themes of fractured relationships, regret, disappointment and failure, all themes to which Wilson would return again and again. Wilson’s carefully stacked vocal arrangements showcase his fascination with that of another Wilson: the Beach Boys’ Brian (no relation).

“Slave Called Shiver” takes the album in a harder-rocking direction. With Edwin’s sinister-sounding bass line as a foundation, the tune unfolds with both the piano and guitar lines portending something violent to come. Effected vocal bits preview a sound Wilson would use on 2002’s In Absentia. The song’s guitar solo also hints at Wilson’s growing interest in metal.

Slowing the pace but increasing the tension, the lengthy “Don’t Hate Me” is equal parts beauty and menace. Another out-of-love song, it sounds hopelessly weary. Theo Travis’s flute and saxophone strongly recall early King Crimson, though it would be some years before Wilson would make that connection explicit in his work.

“This is No Rehearsal” opens as a showcase for the subtle finesse present in Maitland’s percussive work. Short verses quickly give way to catchy choruses; the contrast between dream verses and clattering, progressive-leaning choruses is striking. Wilson makes effective use of the oft-maligned wah-wah pedal during his guitar solo.

The dreamy “Baby Dream in Cellophane” is a modern, minor-key take on British psychedelia circa 1967; Wilson’s folky harmonies are a highlight.

Perhaps the most single-worthy cut on a uniformly excellent set, “Stranger by the Minute” combines all of Porcupine Tree’s virtues – soothing yet assured vocals, a sharp hook, excellent musicianship and textured arrangement – into a near-perfect whole.

While for the most part Stupid Dream leaves behind the space-rock sound of Porcupine Tree’s earlier releases, it’s very much in evidence on “A Smart Kid.” With a lyric that bears faint echoes of David Bowie’s “Space Oddity,” the lumbering song takes its time to develop. Barbieri’s Mellotron (or Mellotron-like) keyboard sounds hold everything together as Wilson sings in a plaintive voice. After an assortment of sonic effect, a sweeping orchestral arrangement is laid upon the song. Wilson takes a somewhat Floydian guitar solo as the song winds toward its end.

The instrumental “Tinto Brass” is the strangest composition on Stupid Dream. Ominous percussion stabs, busy-telephone sounds, a woman muttering in Japanese, flourishes of Travis’ flute and an insistent rhythm section all combine to create a feeling of unease. Eventually the arrangement gives way to a liquid guitar line and a busy bass figure. Those two sections alternate back and forth throughout, joined by an angry and very metallic-sounding guitar break mid-song.

Stupid Dream concludes with “Stop Swimming.” Maitland’s drum part fades in slowly, joined by Barbieri’s piano and Wilson singing in his most resigned and melancholy voice. The tune is spare and atmospheric; it feels like an album-ending tune right from its start. And the final minute of “Stop Swimming” is the sound of Porcupine Tree fading into the sonic mist.

With the benefit of hindsight, Stupid Dream can be viewed as of a piece with 2002’s Lightbulb Sun, both made in the period during which Porcupine Tree was moving away from its space-rock origins toward a progressive metal sound. Unlike other artists who have attempted similarly ambitious stylistic changes, Porcupine Tree navigated its creative path deftly, creating accessible and tuneful music all the while. And Stupid Dream stands among the band’s best work.