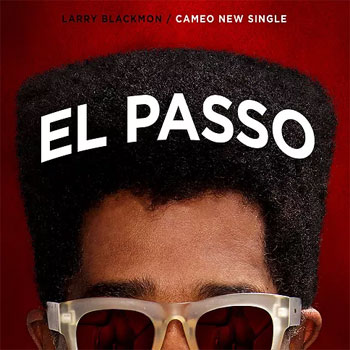 In the world of funk and soul, Cameo reigned supreme. Between the release of the band’s 1977 debut album, Cardiac Arrest and 1990’s Real Men… Wear Black, the New York City-based group scored a Top 20 R&B chart position for every single one of its records. On the R&B singles chart, Cameo racked up an impressive 41 charting single between 1977 and 2001.

The band enjoyed some crossover appeal as well; three of its singles and several of the band’s albums performed well on the mainstream charts. The group’s last charting single, 2001’s “Loverboy” was a duet – a sampled performance, really – with Mariah Carey, and appeared on the soundtrack to Carey’s motion picture vanity project Glitter). It soared all the way to the #1 spot. According to the reference site whosampled.com, Cameo’s music has been sampled by other aritsts more than 270 times. The group’s 1986 hit “Candy” has been sampled some 24 times alone by artist including Beyoncé and Tupac Shakur.

But after the brief resurgence of “Loverboy” single, Cameo seemed to fade from new music airplay; the group didn’t release any new material for almost two decades. They did, however, remain active on the live circuit. Bassist, founding member and Asheville native Aaron Mills remained a touring member of the band; like other band members, Mills also diversified into other musical pursuits. Among the most high-profile of those has been Mills’ work with Atlanta-based group Outkast; he played on their smash hit single “Ms. Jackson.”

Mills, in fact, returned to his hometown early this month as headliner for the Outdoor Summer Funk Concert & Festival, Saturday, June 8 at the Friendship Community Center in Asheville’s Shiloh neighborhood. His web site notes that he’s currently working on a new CD; his most recent solo release was a 2016 single, “Independent.”

But Mills is also featured on “EL Passo,” a brand-new single from Cameo. While at its height the band featured some ten members, these days Cameo is leader Larry Blackmon, Mills and guitarist Anthony Lockett, an on-and off member since 1978.

“El Passo” delivers the deep groove of Cameo’s classic funk tracks, but its sound also conveys a clear acknowledgment of the ways in which the music scene has changed since the group’s ’80s heyday. A loping hip-hop beat is central to the track’s arrangement, and “real” instruments coexist comfortably with band-in-a-box elements like drum loops and (occasional) Autotuned vocal effects.

But it’s the insistent groove of the track – highlighted by vocals that are in turn solo, massed unison and close harmony – that lies at the heart of its appeal. There’s something about the recording, though, that feels like a tease. Though no mention of an album-to-come was made in Blackmon’s Youtube announcement in March, most everything about “El Passo” sounds like it’s merely a taste of things to come. 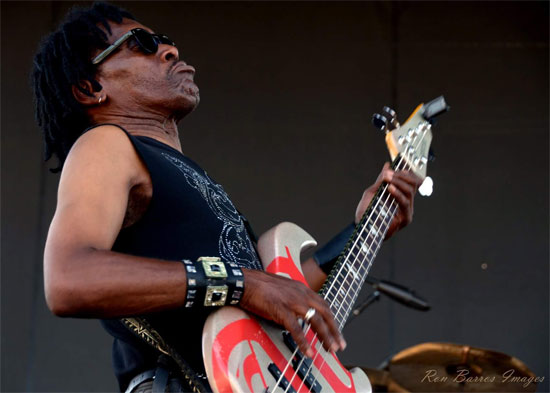 Something new (or at least somewhat different) came shortly on the heels of the April 1 release of “El Passo.” A remixed version of the track folds in additional flown-in guitar licks and other sonic elements. As a rule, remixed tracks are a mixed bag: sometimes they improve on the original track, but too often they’re little more than an excuse for a remix artist to indulge in some self-indulgent show-offery.

The remix of “El Passo” is a notable exception; Mills’ rubbery bass lines – largely absent on the original recording – are all over this remix, sparring sharply with the guitar phrases. The remixed “El Passo” is that rare phenomenon in which the remix is arguably truer than the original recording to the spirit of the artist. In fact, if indeed there is to be more new music form the greatly missed Cameo in the near future, Blackmon, Mills and Lockett would do well to build upon the ideas they’ve expressed within the “El Passo” remix.