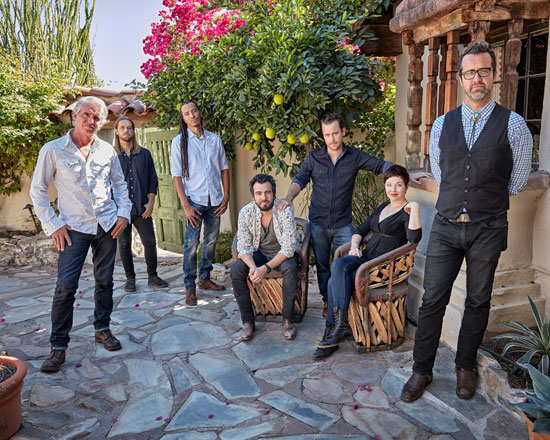 In the Hollywood Hills West district of Los Angeles, a mere two miles from Hollywood Boulevard, there exists a relatively secluded region called Laurel Canyon. Beginning in the middle 1960s and continuing for about a decade, the canyon became an incubator for a particular kind of music. Songwriters flocked to the Canyon, making homes there, developing their material and often collaborating on projects. A celebration of that creatively fertile scene, “Live from Laurel Canyon” brings this history to light through songs and stories.

“The focus of the show is how these young singer-songwriters took the elements of folk and rock ‘n’ roll and made something great, changing the face of American popular music,” he explains. To do that, Chartrand and his six fellow musicians do more than simply play the songs. “I like context,” he says. “So before we dive into the music, we provide a backdrop of what was happening socially and politically in the country.”

The events of the tumultuous 1960s had an enduring effect on most everyone who lived through that period. “It was a really interesting moment in American history,” Chartrand says, “with a generation of songwriters who were feeling disconnected from their parents’ music and disenfranchised from politics.”

“Live from Laurel Canyon” charts a chronological path from the Mamas and the Papas’ 1965 single “California Dreamin’” and follows that thread, one that intertwines the stories of Buffalo Springfield, James Taylor, Carole King, Joni Mitchell, Linda Ronstadt, Eagles, Jackson Browne and many others. “It just keeps going,” says Chartrand. The up-close-and-personal tone of the 90-minute concert helps place familiar songs into the wider context of popular culture.

Chartrand launched “Live from Laurel Canyon” in his Phoenix hometown a few years ago; today the show tours all over the U.S.; a scaled-down version of the show toured Europe. Audiences everywhere connect with the songs and stories, he says. “All of that sentiment and talent coalesced in a special way that I’m not sure we’ll see again.”