In some ways a reaction to the hard rock and psychedelic excesses of late 1960s pop music, the early 1970s ushered in the era of the singer-songwriter. Led by a raft of supremely talented artists who composed their own material, the scene featured acts like Carole King, James Taylor, Joni Mitchell, Laura Nyro, Leonard Cohen, Paul Simon and many others. Into that scene seemed to come Gordon Lightfoot. 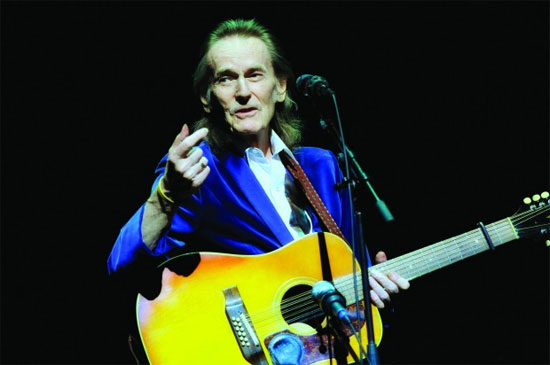 But Windsor, Ontario-born Lightfoot had in fact been a recording artist for several years; in his native Canada he scored a hit single as early as 1962—nearly two years before the Beatles came to America—with “(Remember Me) I’m the One.” By the time the sixties drew to a close, Lightfoot had landed seven singles on the Canadian Top 40 charts. Bob Dylan went on record as an admirer of Lightfoot and his music as early as 1965; Dylan went so far as to cut his own version of the Canadian singer’s “Early Mornin’ Rain” on his 1970 double LP Self Portrait.

But it wasn’t until the singer-songwriter era came into full bloom that the guitar-playing Lightfoot broken into the United states musical market. When he did, he roared right to the top. His 1970 album debut for Reprise Records, Sit Down Young Stranger, earned him a Gold record. The breakout single from that folky and largely acoustic LP, “If You could Read My Mind” reached the top spot on the U.S. Adult Contemporary chart, establishing Lightfoot as a major presence in the scene. As the decade wore on, he earned more than a dozen hit singles; chief among those were “Sundown” and “Carefree Highway” (both from the album Sundown) and 1976’s “The Wreck of the Edmund Fitzgerald.” His deep and sonorous voice coupled with his easy storytelling troubadour demeanor made for satisfying records that help define a genre.

As the 1980s and ‘90s unfolded, Lightfoot’s commercial fortunes waned on the U.S. charts, though he would remain a fixture of the Canadian record charts. The pace of Lightfoot’s album releases has slowed as well, with only three studio albums released since 1990. But as the 2012 album All Live demonstrates, as a live act, Gordon Lightfoot remains an engaging artist. He’s a major concert draw as well. Currently on an extended celebration of his 80th birthday (last November), the 2019 leg of his “80 Years Strong” tour takes Lightfoot to 17 cities in the Western U.S. and across his native Canada.