Rodrigo y Gabriela: Echoes of the Past, Focus on the Present (Part 2)

The ideal opportunity to perform the song live finally came a few years later, during a concert at the Hollywood Bowl where the duo was joined by an orchestra for half of the performance. During the duo-only part of the set, Sánchez and Quintero sat down on the steps of the stage and played the nearly 20-minute piece. “The audience loved it, and management loved it,” Sánchez says. “And that day, we all agreed that it had to be on the next album.”

The Pink Floyd cover isn’t the first example of Rodrigo y Gabriela reinterpreting the work of other artists. Their 2006 album features a version of Metallica’s “Orion,” one that James Hetfeld and his band mates enjoyed. “We met them and became friends,” Sánchez says, “and in a way we were ‘sponsored’ by Metallica for the metal fans.” So far, nothing like that has happened with Pink Floyd. “I don’t imagine David Gilmour at this stage of his life is interested in Pink Floyd covers,” Sánchez says with a good-natured laugh. “But you never know.” 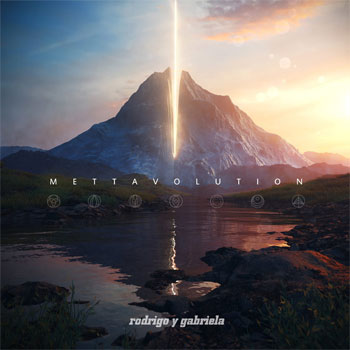 Mettavolution features seven songs, and the arrangements draw from both modern and traditional. One tune, “Cumbé,” saw an earlier single release featuring a more traditional Latin flamenco arrangement. “The version released last summer is different from the one on the album,” Sánchez says. “It’s still the most traditional song on the album, but we feel great about the song. We just wanted to be honest,” he says. “We want to put out the best things we have.”

Although both Quintero and Sánchez are originally from Mexico City, they launched their acoustic duo format far from home. Having previously played together in a heavy metal band called Tierra Ácida, they first played acoustically in the Mexican seaside resort city of Ixtapa. But they soon decided that Europe would be a better place to build a following. “A friend of ours thought Ireland would be a good start,” Sánchez recalls. “ It’s small, it’s a very musical country and people are so friendly; we made a connection with them somehow. We just loved it, and we stayed there for ten years.”

The first two years in Ireland were spent playing on the streets, something the two didn’t feel they could do in Mexico. Sánchez says that as recently as two decades ago, busking wasn’t widely admired among professional musicians back in Mexico. “It was still kind of embarrassing to play on the streets. It was almost like you were homeless or begging.”

Eventually Rodrigo y Gabriela began traveling to the Continent, busking across Denmark and Spain. “I’ve always said that busking is the best school for musicians,” Sánchez enthuses. “When you go to the national music schools in any country in Europe, they urge the musicians to go out and play in the streets; it’s kind of part of their homework. It’s a traditional kind of thing.”

The duo interacted with European buskers. “They kind of embraced the fact that suddenly they had a couple of Mexicans joining them,” Sánchez says. The experience showed the duo that what they were doing might have wider appeal. “It gave us a hint of knowing that we could also make it happen in normal music venues. And it gave us the confidence to do that.” 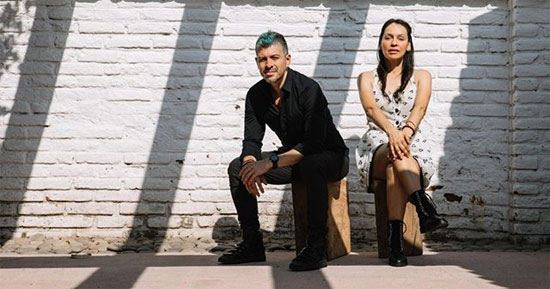 The duo signed with a management team while still in Ireland, and began performing at more traditional venues. “When Rodrigo y Gabriela came out, we already had been on the road for four years, really touring crazy,” Sánchez says. It was February 17, 2006 when they felt that had finally broken through to the big time. “I was driving in County Kilkenny,” he recalls. “Gab was navigating, and we had our Irish front-of-house engineer in the back; he was pretty much drunk all the time.” They stopped for a break and got on the phone with their managers. “They said we had hit number one on the Irish album chart the same day the album was released,” Sánchez recalls, still expressing wonderment more than 13 years later. “And then, we realized we can actually do this for real.” He admits that had the duo’s first major-label release not taken off in Ireland, “I don’t know what we would be doing right now.”

Making music still feels fresh and new to Sánchez and Quintero. “After 20 years of career, we feel like Mettavolution is our first album,” he says. “We feel the same excitement and the same willingness to go out and play. And especially because now we understand that it’s not about us. We are so thankful and grateful that we have something that we can share, that can help people to have a great hour, a great day or even a life-changing experience. So, that’s what we are here for. And hopefully, it continues forever.”