Three new and notable jazz releases have gone on the market recently. Two are from long-established artists who demonstrate that after decades playing jazz, they still have plenty that’s fresh, new and exciting to offer. The third comes at things from the other direction: it’s a collection of soul jazz classics played with fire and spirit by a collective of younger artists. All three deserve all they exposure they can get. 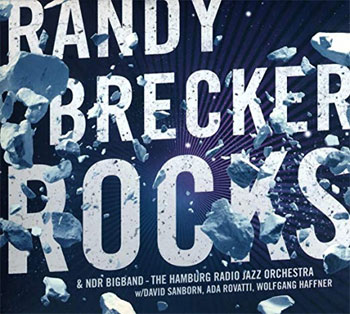 Randy Brecker & NDR Bigband: The Hamburg Radio Jazz Orchestra – Rocks (Piloo Records)
American multi-instrumentalist (trumpet and flugelhorn) Randy Brecker has been a key part of the jazz-rock synthesis that began in the late 1960s. Briefly a founding member of Blood, Sweat & Tears, he also founded pioneering fusion groups Dreams and The Brecker Brothers, both with brother and tenor saxophonist Michael. He was also a member of Larry Coryell’s overlooked fusion collective Eleventh House and Jaco Pastorius’ touring band. But Randy Brecker has deep roots in straight jazz as well, having been a member of Art Blakey’s Jazz Messengers and the Horace Silver Quartet.

Brecker’s association with Germany’s WDR Bigband goes back some time; his fourth Grammy award was for a live set he recorded with them in 2007. This latest collection is a fiery and uncompromisingly accessible set that demonstrates passion, adventurousness and humor. “First Tune of the Set” is a stomping instrumental with one foot in funk, another in the sort of highly-charged jazz that formed a key part of 1970s crime/action flicks, and a third(!) foot in the kind of playfully exploratory jazz fusion in which Frank Zappa engaged. 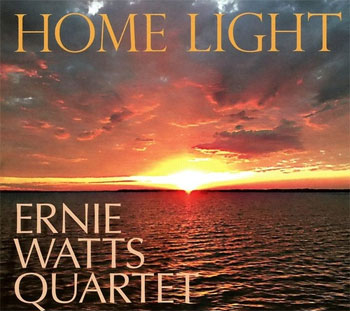 Ernie Watts Quartet – Home Light (Flying Dolphin Records)
Another jazz artist who not only played with Zappa but shares an affinity for some of his musical approaches, Ernie Watts has traditionally been equally at home in jazz and rock circles. The saxophonist was part of Buddy Rich’s band for some years, spent two decades as a member of Doc Severinsen’s Tonight Show Band, and recorded his solo debut for the illustrious Pacific Jazz label in 1969. But he’s also played on session for the Rolling Stones, Marvin Gaye and the Grease soundtrack. And that’s him on “mystery horn” on Zappa’s big band extravaganza, 1972’s The Grand Wazoo.

Rooted in classic bop and post-bop jazz, the quartet plays as a single organism, with the various sonic components working separately and in concert all at once. Even when (for example) Saenger is laying down a fleet-fingered solo, the other three players dance around him, doing their own thing, but doing so in a way that serves the greater whole. There’s little about Home Light that identifies it as a contemporary recording, but neither is it dated. Best to think of it as timeless. 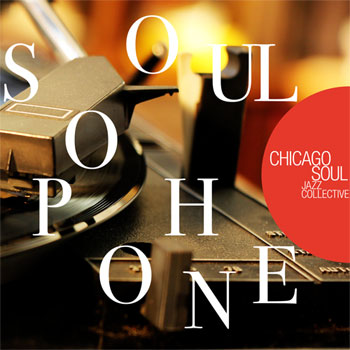 Chicago Soul Jazz Collective – Soulophone (self-released)
A hybrid of jazz, blues and gospel music, soul jazz enjoyed its original heyday in the 1950s and ‘60s; some of its prime exponents were Ramsey Lewis (“The In Crowd”), Les McCann (“Compared to What”), Herbie Hancock (“Cantaloupe Island”) and the inimitable Cannonball Adderley (“Mercy, Mercy, Mercy,” “Walk Tall,” “Why Am I Treated So Bad” and many others). What makes soul jazz so special is that it has the emotional intensity of gospel, the groove of soul, the intensity of rock and the accessibility of mainstream pop. But for all that, it’s still uniquely jazz. If you watched a TV crime drama in the 1960s and early ‘70s, the music you heard as the backdrop to the onscreen action was most often soul jazz of a sort. Accessibility is built into the form’s musical DNA.

Today’s rock bands – especially in some corners of the jam/improv scene – owe a huge debt to the subgenre. Bands like New Mastersounds would be unimaginable without the foundation of soul jazz. But it’s appreciated within the jazz sphere as well. A six-man, Chicago based outfit, the Chicago Soul Jazz Collective brings the style back to a new audience on Soulophonic.

The eight tunes here are all classics of the genre, from estimable composers like Hammond B3 organ legend Jimmy Smith (“Prayer Meeting”), Stanley Turrentine (“Soul Shoutin’) and Lalo Schifrin (Smith’s classic single, “The Cat”). Even “The In Crowd” gets the Soulophonic treatment. The sextet makes these well-worn (and well-loved) gems its own, breathing its own life into the works while remaining faithful to the qualities that made the tunes classic to being with. Like the other two albums covered here, Soulophonic sounds as if it could have been recorded most any time during the last half century-plus; a reliance on recognizable tools of the style (notably electric piano) gives it that same timeless/classic feel. With this set, the Chicago Soul Jazz Collective offers up a welcome reminder that soul jazz is music for the heart, mind and soul.