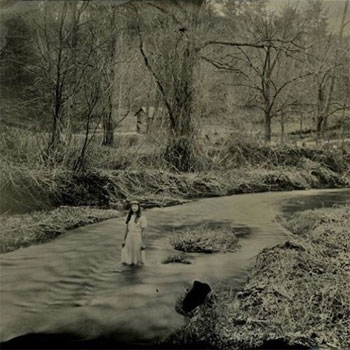 The first recorded project from Gold Light + Snakemusk – the duo of former Kovacs and the Polar Bear multi-instrumentalist Joe Chang and singer-guitarist Beau Campolong – is a new album, Shadows in the Shallows. The duo digs deep into a country duo sound that recalls Johnny and June Cash as well as Gram Parsons and Emmylou Harris, but with all new and original material.

The new album comes nearly three years after the last collection of songs released under the Gold Light name. “I wasn’t really doing much music after my last record,” Chang says. That album – 2016’s Visions – was effectively a Chang solo record, following his usual practice of bringing in occasional musical associates on a few tracks. A 2016 single featured Chang on all instruments, with vocalist Grace Joyner on harmonies. That almost-but-not-quite-solo approach to recording also served him well on earlier Gold Light projects like the 2015 Babe EP and a self-titled album released on cassette in 2013.

Though musically varied, all of those projects shared an indie-rock vibe. The new music heads in a very different direction, one that reflects the creative input of Beau Campolong.

By the time Visions was released, Campolong was playing guitar in the live lineup of Gold Light. Campolong asked Chang to take part in a benefit gig at the Double Crown in West Asheville, with a set that focused on country and western sounds. “That was a kind of a jump start on a new musical path,” Chang says. “We started playing all these country-folk covers, and that led to this new project, which is a joint thing.”

Chang says that the musical collaboration is a natural one. “We were friends before, then we started played music; we share a lot of the same influences and interests.” He says that Campolong’s “fresh, different perspective” and “sweet, fragile voice” are great assets in the project. “I’ve only ever done stuff on my own musically, within my own head and thoughts,” Chang says. “Beau brings to the table ideas on harmonies, arrangements, changing a lyric here and there, and a unique view on the world.” 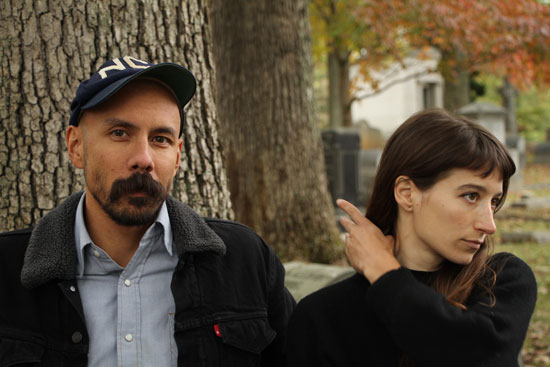 The collaborative nature of the sessions that yielded Shadows in the Shallows led to consideration of a new name for the project. “But we never came up with something we really liked,” Chang says. Campolong was already performing under the name Snakemusk. “And really, whatever music I make, I want it to be consistent under the name Gold Light,” Chang says. So Gold Light + Snakemusk it would be.

Film buffs and avid book readers may find the titles of some of the songs on Shadows in the Shallows familiar. The opening tune (and leadoff single) “The Heart is a Lonely Hunter” shares a title with Carson McCullers’ 1940 novel. And the album’s second track “The Last Picture Show” has a title in common with Larry McMurtry’s novel as well as a 1971 Peter Bogdanovich film adaptation.

“I’m sure there’s some meaning behind that,” Chang concedes with an inward laugh. “On one level, they’re just really nice titles. But on the other, it’s because I’m a fan of narrative-driven songs. So it makes sense to give them titles that share the names of books or films or what-have-you.”

That focus on storytelling lies at the heart of the album. And it’s in line with the sort of material for which many of Chang’s musical heroes are best known. He thinks of Hank Williams, Buddy Holly and Bruce Springsteen as the pillars of his musical inspiration. “Those are the Trinity for me,” he says.

There’s a kind of universal utility to story-based songs, Chang believes. “They’re all very simple in structure, and they could almost be any genre, really,” he says. “A love for old time and folk songs – traditional kind of stuff – is how this album came together.”

The subject matter of the nine songs on Shadows in the Shallows varies, but a unifying theme of unrequited love pervades the lyrics. “I relate to lovelorn things,” Chang says. “That’s probably why I relate to [the music of] Roy Orbison: I’m always on the losing end of love.” And that’s often reflected in Chang’s lyrics regardless of the musical style he’s pursuing. “The last couple of Gold Light albums have all been ‘breakup albums,’” he says.

Those who seek a label to apply to the album’s musical style may have received an assist from Campolong, who has gone on record describing it as “shallowpool” country. “I have no idea what that means,” Chang says with a laugh. “But we both thought it was a good way to describe it. It’s country, but not in the deep end; you’re just kind of getting your feet wet with it.”

That description makes more sense when Chang reveals that he’s already hard at work at not one but two more Gold Light records. He says the next one will be a stripped-down affair, “like my Nebraska,” he says. “ And then, after that, I want to make a really big pop album. I’m trying to span all the genres, get them all under my belt.”