Home  »  interview • music business   »   At the Heart of the Vinyl Revival: ORG Music

At the Heart of the Vinyl Revival: ORG Music 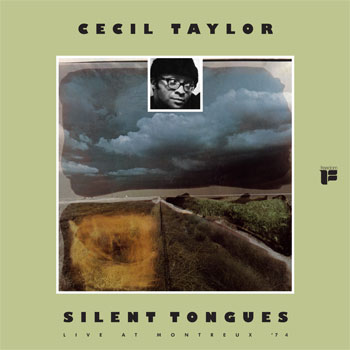 Founded in 2010, ORG Music was launched in response to renewed interest in vinyl records. Kicking off with reissues of Nirvana’s classic Nevermind, the label quickly established itself as an intelligent outfit with a thoughtful approach to bringing releases to market. In addition to wide-appeal releases (early offerings included titles from Tom Petty and the Heartbreakers, Teenage Fanclub and Failure), ORG Music explored the back catalog of important, groundbreaking jazz artists.

That eclectic approach continues today; current or upcoming releases include long-deleted titles from Cecil Taylor (Silent Tongues: Live at Montreux ‘74), The Art Ensemble of Chicago (Tutankhamun) and Earl Hines (My Tribute to Louis). I spoke with Andrew J. Rossiter, who manages the label, about the company, its approach to bringing titles to market and the vinyl revival in general.

Most reissue labels stake out a particular character that they express through their selection of material to release. ORG Music is – and I mean this in a good way – all over the map, reissuing everything from punk to doo-wop to obscure jazz titles. How would you describe ORG Music’s character?

“All over the map” is a fair way to describe our releases, and I take that as a compliment. The variety in our label’s catalog mirrors that of our personal record collections. We’re not particularly concerned with genres or categories, as long as the music is good. I would guess that’s probably true for most people. There are also many through-lines and synchronicities from genre to genre; punk rock and obscure jazz have a lot more in common than one might think, for instance.

I’d like to imagine that both the variety and the quality of our releases speak to our label’s overall character.

I know that at least some reissue labels do a cost/benefit analysis when evaluating the prospect of reissuing a particular title. What criteria does ORG Music use to evaluate projects, and what’s the ultimate determining factor?

Like any business, we need to keep the lights on, so the cost/benefit consideration is certainly there, but it’s rarely a determining factor.

When it comes to reissues, there’s no specific set of criteria that must be met, but we’re always considering a range of factors. Has the record been released on vinyl? If so, how long has it been out of print? What was the quality of the original pressing? If there are plenty of good, clean copies available, a reissue probably isn’t called for.

We reissue some records because of their historical significance, and others because we want to highlight great music that never found its audience. Sometimes we’re aiming to create an essential edition of an album from an audiophile perspective (e.g. our 2xLP 45RPM jazz series). I personally love the experience of uncovering “hidden gems,” and bringing recordings out of relative obscurity. Every title is different.

A common theme, if there is one, is that we like the music.

Does the label ever take on “labor of love” projects that they know won’t turn a profit, with the idea that other higher-profile releases will offset those on the balance sheet?

Absolutely. This happens from time to time. I’d rather not identify those specific releases. Whether or not a release turns a profit, I see them all as labors of love.

How difficult is it obtaining the masters for your reissue projects?

The process for obtaining masters is very much case-by-case. We have relationships with various labels, catalog groups, and artists, which we’re always building on. 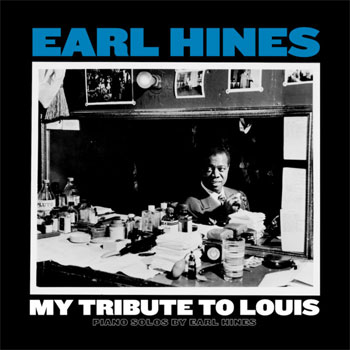 If you’re referring to master rights, that process really depends what type of entity controls the masters. We prefer to deal directly with artists and independently owned labels, for a variety of reasons. In some cases, we’ve spent multiple years trying to acquire rights to a particular title. In other cases, we have access to a large catalog of material that we’re essentially curating and selecting from over time.

When it comes to the master audio source, we have to work with what’s available. Analog tape is always preferred, but sometimes it’s simply not an option, and we’ll master from high resolution digital transfers. We’ve also released recent recordings which were never on tape to begin with.

The quality of the audio source occasionally requires us to reevaluate whether or not to reissue a release. If we can’t do the album justice with our reissue, then we won’t press it.

In cases where you’re duplicating the original sleeve art, do you gain access to the original materials, or do you have to sometimes recreate the art?

While the artwork process is also case-by-case, it’s rare that we’re given access to the original materials. For albums that were made before the digital era, which includes most of our reissues, most artwork assets are nearly impossible to come by.

More often than not, we’ll track down a clean copy of an original pressing to scan art elements from. If there are photos in the packaging, we’ll find the rights holder(s) and request high resolution scans. If we can identify the original fonts, we’ll re-set all of the type. We work with an extremely talented graphic designer who has years of experience re-building package artwork in this way.

You can look at most of our reissues from the Sun Records catalog (e.g. Johnny Cash, Jerry Lee Lewis) or the CTI catalog (e.g. Freddie Hubbard, Antonio Carlos Jobim) as examples of releases which required us to re-create original artwork. Our series of Black Lion jazz reissues is a good example of a catalog that we took more liberties with; we essentially re-branded the packaging for more consistency across the entire catalog.

Do you have a particular favorite recent reissue?

I’ve been really happy with all of the reissues we’re working on from the Freedom Records catalog (i.e. Cecil Taylor, Art Ensemble of Chicago, Albert Ayler).

While not a straight reissue, our recent retrospective 2xLP release from WÜRM (Chuck Dukowski’s pre-Black Flag group) was a really exciting project for me. The release includes a reissue of the band’s only full length album, Feast, along with a ton of unreleased or otherwise impossible-to-find recordings, photos, etc.

When deciding which current artists to work with on the release of music, is there a guiding principle at work?

This side of our business – working with new or current/active artists – has been very organic. We typically don’t seek out new artists to sign. When a new project presents itself, it’s pretty clear whether or not it’s a good fit. We’ve been fortunate enough to work closely with some of our musical heroes and favorite artists over the years. Many of the new projects that we take on are a result of, or somehow connected to, those associations.

In recent years, ORG Music has become a home for a lot of unique collaborations, studio projects, and one-off recordings from artists that we admire. In some ways, the approach to these releases can be similar to our reissues. When you’re working with an artist or group that has no intention of touring or promoting themselves through normal channels, the focus is entirely on the music, the packaging, etc. – much like our reissues.

What, in general, do you think lies at the heart of the current renewed interest in vinyl?

I’ve heard a lot of explanations for the vinyl revival, as people call it. It’s important to remember that a lot of folks have been there all along. Punk bands never stopped selling records. Vinyl was massively important to dance music culture throughout vinyl’s “down” period. Many audiophiles never stopped buying and listening to records.

I think vinyl’s growth in recent years can be, at least partially, attributed to a backlash against the experience of music in the digital era. Having millions of albums at your fingertips is convenient, but it leaves something to be desired. 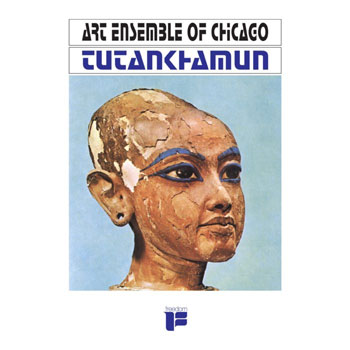 Many people seek out vinyl for the sound quality, which is a huge contrast to the compressed audio on streaming platforms. People like reading liner notes, seeing artwork on a physical canvas, and displaying their collections. Some people enjoy the nuances they discover in various pressings of the same album. Some are attracted to the feeling of community they get from their local record store.

Some just miss rolling a joint on their favorite gatefold jacket. These are all valid reasons.

Do you think the “vinyl revival” is sustainable, or do you expect it to ebb in the future?

I have to believe that it’s sustainable, as long as the industry at large produces quality records. The superior experience of vinyl is crucial to its relevance. If that experience is diluted, people will look elsewhere.

We have a ton of great releases lined up for 2019 and beyond, which we can’t wait to share with the world.

Building on the previous question, I can’t stress enough how important it is to support your local indie record stores. These stores are vital to the sustainability of vinyl, and we wouldn’t be in business without them.