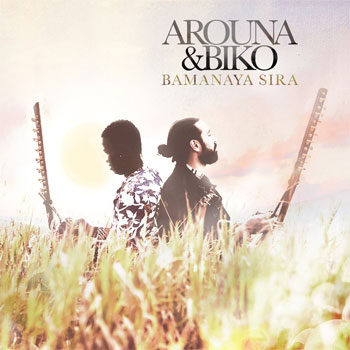 There’s a convincing argument to be made that so-called “world music” got its start when flautist Herbie Mann explored the ways in which American musical styles (predominantly jazz) could be combined with traditional music of other cultures, notably ones outside the European sphere of influence. Though in retrospect it seems comparatively tame and tentative, his 1959 LP Herbie Mann’s African Suite was one of the first cross-cultural albums to treat African musical textures and values as more than a gimmick.

Things have changed, though, and not only has the music of African countries fund a receptive audience in the United States, but its influence is felt in the work of decidedly Western artists like David Byrne. Locally, conscious world-folk act Rising Appalachia readily incorporates African textures into some of its original music. Part of that is doubtless thanks to the participation of band member Biko Casini. In between his commitment to Rising Appalachia, Casini has embarked on a muical project with Burkina Faso-born multi-instrumentalist Arouna Diarra. Together, the two have played with percussionist Jessie Lehmann as The AZA Band; a new collaborative work credited to Diarra and Casini, Bamanaya Sira was released April 19.

Per the duo’s Facebook page, the album’s title is a phrase from the Malian language Bambara or Bamanankan, translated as “the many pathways and branches of the ancient culture.” The album features the two musicians playing a variety of instruments from the African musical tradition, including balafon, calabash, djembe, kamele ngoni, kora and talking drum. But alongside those relatively unfamiliar stringed and/or percussive instruments are sounds created by guitar and electric bass. The result is a heady and hypnotic mix that works on multiple levels.

Diarra sings in his native language, but it isn’t necessary to understand what he’s singing about to be taken in by the music. It’s warm, inviting, playful and accomplished. Strictly speaking, “Yaala (Ngoni Blues)” isn’t a blues at all, but there’s a depth of emotion that shines through that does indeed connect it to the Delta blues of the American south.

What sounds very much like a mbira – a traditional African instrument with a tone not unlike that of a musical box – is at the center of the Swaying “Bara.” Audiences who’ve grown up knowing Graceland, Paul Simon’s celebrated foray into world music, may find that the tune has a feel that would be right at home on that disc. But Diarra’s gentle vocals lend it an authenticity all its own.

Yann Clery’s nimble flute work on “Doubabu” helps further blur the lines between the African and Western characteristics of the album; it feels like equal parts British folk and world music. Casini’s band mates Leah and Chloe Smith subtly lend their voices and instruments (banjo and bodrhan) on “Dounia La Tiege.” Elsewhere, fiddle, cello and even saxophone are deftly woven into the mix. It’s a testament to the musical vision of Diarra and Casini that those “auxiliary” instruments don’t seem the least bit out of place; the duo’s concept of world music is expansive enough to include most anything, but in the process it remains true to the fundamental characteristics of African music. Bamanaya Sira is a unified work, one that showcases the best the duo has to offer.