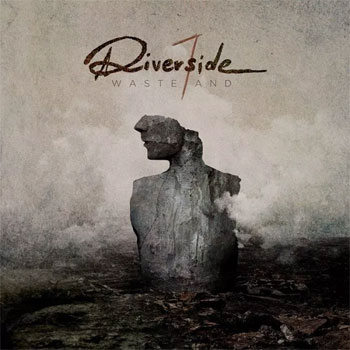 You mentioned Lunatic Soul. To date, you’ve done a very good job of keeping Lunatic Soul as a separate project distinct from Riverside. Do you ever see a time in which the two might blend into a single project?

I don’t think so. Of course, I’m the main composer in Riverside, but Riverside is a band. We’re touring, and every musician has meaning. I mean, Michael [Łapaj] and his keyboards, Piotr [Kozieradzki] and his drumming, me playing the bass guitars in different ways and maybe sometimes in different ways. Piotr [Grudziński] had his unique style on the guitar, but now we have the support of Maciej Meller who is our live guitar player. I also want to use him on the albums, because he has this kind of modesty I really enjoy and I really think that it will fit. The guys in Riverside have their own identity. These are not musicians that I hire for money. So, it should be also in the music.

But I always wanted to keep [the two projects] separate. Lunatic Soul is without the electric guitar, and if you don’t have such an important instrument, you have to experiment more. These boundaries I found in Lunatic Soul gave me much more artistic freedom. That’s the huge paradox, but thanks to this, I could do lots of stuff. And I would love to keep it separate because it has its own identity.

But … I have to say, I did something like a connection recently, because for me, Wasteland is the most Lunatic Soul-ish Riverside. And [2017’s] Fractured by Lunatic Soul is the most Riverside-ish Lunatic Soul. So, we kind of connect those words to each other, but I would love to keep it separate.

Of course, of course, probably one day I will release something under my own name. I have some songs that I would like to use, and I don’t want to start another project with a weird name. My name will be probably much more popular than something weird. Under my own name, I could play shows and use both Lunatic Soul and Riverside songs. So, probably, in the future, that kind of connection may appear.

But I don’t think, not on the albums. The albums I will leave separate.

Will the upcoming tour of the U.S. be Riverside’s first time touring in the States?

Let’s say it will be the first time in a professional way! Because we had two tours already, but it was always like East Coast and, I don’t know, ten shows. But now we’re going on something like 25 shows all over the United States. So, that kind of tour will be for the first time, yes.

Some bands who come to America from Europe just hit the big cities – New York, Chicago, L.A. – and then they go home. What led to the decision to do a more extensive tour?

We should finally give a chance to everyone who follows us on social media and give them a chance to be in touch with us live. Lots of people are coming to see us all over Europe. I still remember that lots of people came when we played this show [in tribute to] Piotr Grudziński. Lots of people came from Australia, even, and we’ve never been to Australia. So, I think it’s time to let some people know about how we play live, and just visit their hometowns. That’s our plan.

These days, you have to be also more active in that way. The fact that you are on Spotify or YouTube doesn’t mean anything; you need to show yourself playing live shows, and then lots of people can meet you and find out about you. It’s even more important than listening to music from the albums. So, that’s why we decided to finally go on a tour and reach the places like Seattle or somewhere in Texas. That kind of stuff should be from the very beginning, but we didn’t have a chance. But with every album, we became a bit more popular and some promoters started to know about us. And now, after almost 20 years of existence, we can go on a proper tour in America.

I’ve interviewed many European acts, and a lot of them tell me that it’s quite difficult to get the work visas sorted out to be able to tour …

That’s very true, yeah. Working visa and stuff, we’ve we just rented some lawyer who does lots of stuff [for] us right now. I hope that it will be fixed on time.

What are you looking forward to most about the U.S. tour?

I think knowing new people, new connections, new contacts, and new experiences. I visit all these places that I’ve never been to. Those things, take something. But I’d also love to come back to America because I have very creative memories from this place. We even used to see the baseball match in Atlanta with this – how do you say – [makes Braves war chant] with the hand. Because the guy who was working with our tour manager before was from Atlanta.

But mostly, I would love to see those places that I’ve never seen. So, that’s my goal.

I’ve been listening to Riverside for many years, and I’ve never seen the band. I’m looking forward to seeing you on the opening night of the tour, in Atlanta.

[Laughs] Maybe you should give us a chance to at least warm up a bit!