What is Drunken Prayer? Leader Morgan Geer is Open to Suggestions 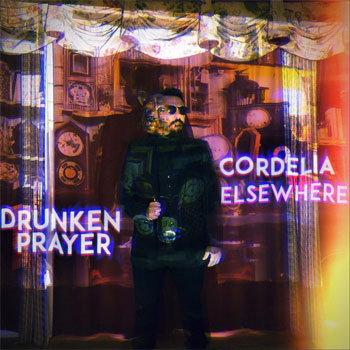 With one foot in honky-tonk and the other in straight-ahead rock ‘n’ roll, Morgan Geer’s Drunken Prayer is Americana for people who don’t like Americana, rock for those who don’t mind a bit of singer-songwriter introspection. But there’s music more to the man who writes the songs than simply penning crying-in-your-beer laments. Cordelia Elsewhere, the latest album from Drunken Prayer, may well be one of 2019’s most impressive musical releases. I chatted recently with Geer, who splits his time between Asheville, North Carolina and Portland, Oregon; he’s a noted part of both cities’ music scenes.

Because you often build songs out of bits and pieces of music and lyrics, you’ve described your songwriting process as collaborating with yourself. How does that work?

It’s almost like I’m putting on another hat and bringing that guy to the table: “Well, I’ve got a bridge to this song. Do you have anything I can use it for?” There are a lot of interesting, unintended consequences from that; it’s a lot like collaborating, because it will come from two different head spaces. I’ll put them together and it’s like, “You know what? I’ll be damned. I wouldn’t have written this this way if I had set off to finish the song today!” There’s a lot of magic in that kind of serendipity. When I’m needing a chorus, it’s like, “Well, I have a chorus. We’ll see how that works.”

So you don’t actually collaborate with other songwriters … ?

I would love to collaborate with someone. I just never have, really. Of course I collaborate whenever I have a band,; that’s a type of collaboration. But as far as really writing a song, I don’t have any that are me writing with someone else. I would welcome that in a heartbeat. I’m a huge Beatles fan, like lots of people, and what always interested me was how one would have three-quarters of a song finished, and then someone else would come in. “Well, I’ve got this part that goes ‘Woke up, fell out of bed, dragged a comb across my head.’” If you look at it, it’s like, “How does this fit in ‘A Day in the Life’?” But you can’t imagine the song without that part now, even though it’s completely different. It adds a dimension to that song that puts the listener into a kind of cinematic frame of mind. I love that kind of stuff.

What led you to have Mitch Easter do the final mix for Cordelia Elsewhere?

The songs on this album were so strong that I figured, “If not now, when?” It was a real roll of the dice getting anyone else to do it besides me; I’ve always mixed my own records. Why am I going to pay someone for something that, technically, I can do?

You learn a lot when you go and you work with someone like him. I wanted someone who had no history with me or my music, who was just coming into it cold, and whose ears have already been vetted. He’s already worked with plenty of people that I trust.

I really liked this collection of songs so much that I wanted to treat them with kid gloves, and I didn’t want to let any of my baggage get in the way of having a great sounding record. They’re all fairly accessible songs, too; there’s nothing particularly weird. There’s no song over 5 minutes. Most of them are between 2 and 3½, like they’re supposed to be on a pop record. Which is also a new thing for me.

So I had this collection of really, really hot songs that I liked, and I was working with Brian Landrum – he recorded this stuff in his one-room studio. He can get the sounds in a single room, and he’d worked with Mitch Easter, North Carolina. So Mitch was Brian’s suggestion, and since he had already worked with him, he knew Mitch knew how to deliver what he needed in the most efficient way possible. And Mitch’s studio in Kernersville is right outside of Winston-Salem, where my mom and stepdad live.

Much of this record is just clicking and working out. There are things I worry about and brood over, but with Cordelia Elsewhere, everything so far has been easy.

It doesn’t hurt from a publicity stance that people know who Mitch Easter is, but that’s not the reason I got him to do it. He was a pleasure to work with; just a really lovely person. I had to make sure not just to dominate the conversation. “Okay, I can’t just sit here and talk to you the whole time, as much as I want to.” Because he’s been a real eyewitness to rock and roll history. 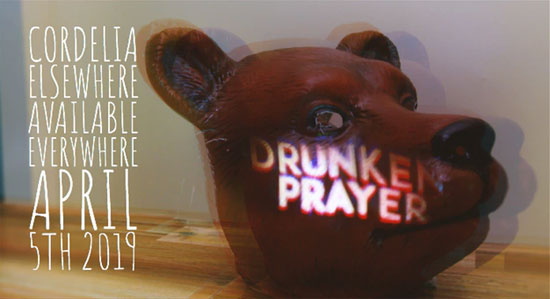 When you’re writing, how important is it to you to engage in wordplay?

It’s mostly wordplay, honestly. Then, out of that, you’ll get some kind of other meaning. Which to me, is the exciting part of songwriting. Because most of the time, when I’m writing, I’m going for what syllable works best, which one has consonants I’m looking for, and then I’ll find words that kind of match that.

So, maybe I need something that has an “ooh” sound and then the letter P or letter C just because it fits better with the rhythm and the cadence. Then, “Okay, that word fits well with the rest of the words that are in there that are kind of placeholders for the syllables,” and out of that, you’ll find yourself with some kind of meaning. I think the human brain wants to find that connection in the puzzle, whether the intention was there or not.

I’ve got people in my life whom I often use as muses. I often go back to first loves and that kind of thing, because those feelings are always there. Oftentimes, I’ll change the gender to where it’s not just about me, because that goes back to the fact that I want people to take these songs as personally as they want to. If they know it’s about me or they know it’s about someone else, it’s a little bit harder. Like, if I’m singing about Teddy Roosevelt, it’s hard to make someone cry that way.

With regard to music, what’s the best advice you ever got?

It’s funny; I’ve just been thinking about this. Maybe it’s the best and the worst … you hear it a lot: “Never give up.”

I always love musicians’ biographies, whether I like their music or not. I think they’re fascinating. And across the board, people will say, “Just don’t give up. Don’t stop doing it.” And it works for me because I’ve kind of engineered my life where there’s nothing else to go to. I’ve already sacrificed everything. I’m not going to law school.

But I wonder if that’s really great advice for people. Somewhere, someone is going to have that on their tombstone, “Don’t give up. I never did.” I don’t know. Maybe for that guy it would have been okay. But I think that’s dangerous advice.

In this download era – a time that some people characterize as “post-album” – where do you see your music fitting on the musical landscape?

I’m not sure. I only think about it when I’m listening randomly in the van or something. It’s like, “Well, I fit in here.” I don’t necessarily fit into traditional outlaw or Americana or anything. I guess Americana would be closer. I’m open to suggestions!