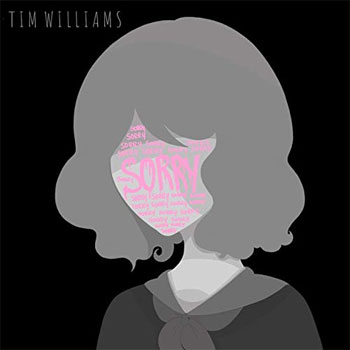 Some would argue that the album era is over. There’s even a Wikipedia entry defining said era as the mid 1960s to mid 2000s. Prior to the middle of the ‘60s, the 45 r.p.m. single was the coin of the realm in the world of popular music. The Beatles and many others shifted the paradigm by writing their own music and putting together collections of songs that were more than … mere collections of songs.

After a good run of nearly four decades, consumer preference moved back to singles of a sort (45s had two songs, remember) in the form of digital downloads. Many astute musicians made the calculation that in today’s music marketplace, the way to stay in the minds of listeners is to release a steady stream of tracks rather than make fans wait months or even years (see: Boston, Fleetwood Mac, Guns ‘N Roses et. al) for new music.

Yet even among musicians who have come to prominence in this so-called post-album era, there remains a belief in the album as a valid artistic medium. Not everyone listens to music on shuffle. And some of the most astute artists have realized that one can have it both ways: release that steady stream of singles, pausing now and then to compile a collection in album form. That’s the preferred method of Asheville-based indie artist Tim Williams.

Sorry is a collection of fourteen songs, most recorded over the past year or so. It follows a 2018 EP, Lo Fi Spirals, and the aforementioned passel of one-off tracks. Williams’ approach is a kind of highly melodic alterna-rock, and while it’s not – in and of itself – a remarkable comment to make in 2019, on Sorry he sounds like a band, not a solo, overdubbed project.

A representative track off the album is “Blindsided.” With an alluring foundational melody, Williams adds layers of textured guitar lines; he employs an arsenal of nearly a dozen effects pedals, but does so intelligently and tastefully. His guitar work occasionally sound a bit like a modern-day rethink of Echo and the Bunnymen. Williams often doubles his lead vocal lines by singing the same parts an octave lower (a la Squeeze); the overall effect in entrancing.

The drums on cuts like “Desperation” may or may not be “real” (it’s tough to tell these days) but they feel natural enough that it ultimately doesn’t matter. The arrangements are models of economy; Williams uses enough instrumentation to get his musical ideas across, but not so much of it that the songs become cluttered. His approach to song construction and arrangement is balanced in such a way that the listener can – should they choose – focus on a specific part (vocal, guitar, beat, whatever) or simply allow themselves to become immersed in the skillful blending of all those elements.

Williams has a signature sound; a few songs in and the listener will recognize his approach. But that’s not to say that the songs on Sorry have a degree of sameness; Williams changes things up while working within the alternative rock idiom.

The soaring power chords on the album’s title track are hypnotic, and the impassioned yet not over-emotive singing seals the deal. The swirling, dreamy “A Letter” dispenses entirely with percussion; layers of electric guitars and vocals are all Williams needs to craft one of the most gently alluring cuts on the album. And the majestic “Saviour” could almost be classified as dance-oriented arena rock. And as assured as Williams’ vocal work is, a contender for the best track on the album is the instrumental “Little Blue Box,” a supremely catchy guitar extravaganza that may remind some of Joe Satriani at his most restrained.

The variety continues. “End / Begin” briefly takes the focus off guitar, building an arrangement around a straightforward yet appealing piano part. A rare and minor misstep, “Red Mist” leans more in an electronic direction; while it’s not exactly weak, it seems slightly out of place on this rock-oriented set. But that one minor quibble aside, Sorry is a consistently engaging collection of songs that work on their own. And they also hang together as part of a cohesive whole, providing welcome evidence supporting the argument that there’s still life left in the album format.