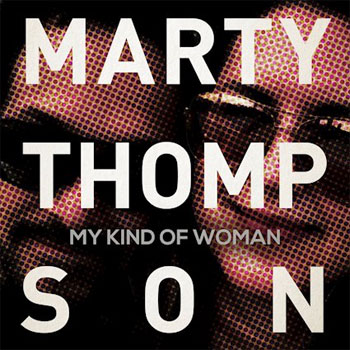 I expressed some mild reservations about Thompson’s previous album, 2018’s Romantic Stories. On the plus side, it was a varied collection. Working against it was a slightly ragged, unfinished production aesthetic. I would never presume to have influenced an artist, but I’m happy to report that My Kind of Woman is a far more professionally-put-together set of songs. Right out of the gate, Thompson’s “Love is a Waking Dream” has an infectious groove, a solid hood, catchy lyrics and solid production values. And it sets the pace for this album (or EP if you like; it features seven songs, all but one of which are pop-song length). “Paint What You Think” offers some good creative advice, though it’s a bit insistent about it. The title track slows things down, and feels a bit out of place after the first two high-energy cuts, but it’s done well. “Lush” almost leans into blues territory, with some odd spoken-word bits confusing things a bit. The idiosyncratic “Patience” feels more of a piece with the earlier tracks. “To the Pebbled Shore” is – I think – intentionally muddy/muddled, but the vibe works with the lyrics. The epic-length “Mczebra” takes Thompson’s generally tidy musical ideas and extends them into a large-scale work. Largely instrumental, it holds interest for all of its seven-plus minutes. Overall, My Kind of Woman represents a decisive step forward for Marty Thompson.