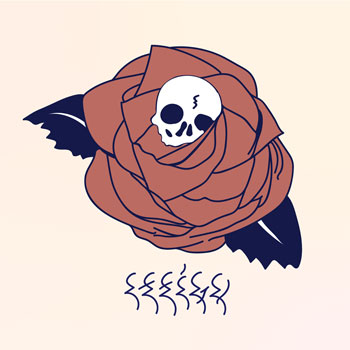 Combining rap vocals with a musical foundation based upon 1980s-era synthesizer textures, Effigy Seed bridges old and new(ish) on its self-titled full length release. The Asheville hip-hop/electronica duo of Philo Reitzel and Linus came together in January 2018, with its first live performance in July of that year.

Effigy Seed mixes up the various sides of the duo’s approach. The opening track “Seed” lays down a simple musical bed of stuttering beats and ghostly organ stabs, atop which are applied rap rhymes showcasing fairly standard-issue bravado (for good measure, the lyrics mention both bitches and ho’s). A sung chorus adds welcome variety. Things get far more interesting on “Fire,” an electronica excursion in which the rapid-fire rhymes don’t start until two minutes in. And when they do, they’re more intriguing than the first track.

The bass-bomb-filled slow jam of “Face” splits the difference style-wise: the raps come fast and furious, and the musical bed is glacial and hypnotic. The contrast if effective. The synthesizer tracks on “Sight Unseen” head in several directions, all intriguing. “Hot 96” is electronic dance-funk that combines the best elements of ‘80s synth acts like Depeche Mode with dancefloor hip-hop. “Back At Em” conjures a slightly menacing hall-of-mirrors feel.

“808 Samba” (maned after the Roland TR-808 drum machine, a key component of early 1980s music) doesn’t really have a lot to do with the Brazilian musical genre; it’s mostly a rap-and-drum machine exercise. Like nearly all of the tracks on Effigy Seed, it’s decidedly NSFW.

“Survival” dials back the machine gun rhyming in favor of a more laid back approach; vocal harmonies, alluring synth textures and a simple drum machine beat make it one of the album’s most accessible cuts. And things only get better: Debrissa McKinney makes a guest appearance on “Shine.” Her sultry harmonies and some tasty electric piano runs combine to create the best – and most song-based – track on the disc.

“What to Say” reverts to the 808-and-vocal approach. It pales in comparison to “Shine” but does underscore the point that Effigy Seed explores more than one corner of the musical landscape. As the track unfolds, its musical textures become more complex and memorable.

A clattering drum figure opens “No Cereal.” The catchy track eventually reveals itself as a kind of Effigy Seed sampler, trafficking in all of the musical areas within the duo’s remit; it’s not quite trip-hop, but does approach that kind of feel. The next track, “Stockholm” is similar, bringing continuity to a grab-bag set of songs.

“Ze Darkest Ensemble” features the album’s most fully-developed musical bed; left as an instrumental, it could have served as a kind of Tangerine Dream-like ambient work. But rap and sung vocal parts add additional layers of interest. Again offering sharp contrast, “Cuttin’ It” features a somewhat underdeveloped musical track – handclaps and beats, with occasional bass stabs – and an old-school rap that checks off the obligatory dollar-sign and N-word boxes. Some watery Leslie speaker effects redeem the track toward its end.

Effigy Seed concludes with “Flood.” Like “No Cereal,” the track’s arrangement folds in most every tool in the duo’s musical arsenal: vintage beats, synth textures from the analog-to-digital transitional are, soulful singing and old-school rapping. Depending on one’s perspective, the album as a whole is either uneven or varied; either way, it’s rarely less than intriguing.