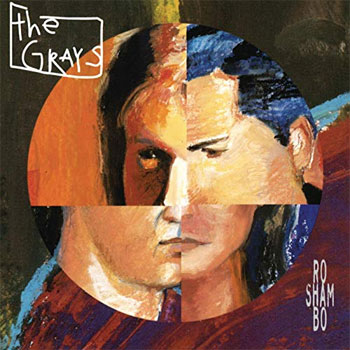 When Nirvana gained nationwide exposure with the release of its 1991 juggernaut Nevermind, the dam burst wide open for the new rock format. Seemingly overnight, listeners could tune in to hear music they hadn’t heard before, music that built upon the advances of earlier artists but didn’t attempt to recycle it. The format also shone a light on singer-songwriters whose work was rooted in rock traditions, providing a platform for those artists to be heard on a large scale.

Onto that new landscape came what in retrospect looks like a songwriting supergroup collective. The Grays were four musicians: Jon Brion, Jason Falkner, Buddy Judge and Dan McCarroll. The ambitious (and, as it turned out, over-optimistic) goal of the Grays was to create a group with no leader; all four members could and did write songs, and all but drummer McCarroll sang. Falkner, in particular wanted no part of a hierarchical band situation, having recently ended an unhappy tenure in Jellyfish, a group in which his songwriting talents had gone completely untapped.

Initially the group wasn’t a group at all; it was more of an informal gathering. But word got out, and after a bidding war among several labels, the Grays inked a deal with Epic Records in 1993. Working with producer Jack Joseph Puig (who had also produced Jellyfish’s post-Falkner album Spilt Milk), the Grays made Ro Sham Bo, released in February 1994. The release featured 13 tracks: five by Falkner, four from Brion, four from Judge and a McCarroll/Judge co-write.

Ro Sham Bo opens with Jason Falkner’s “Very Best Years,” released as the album’s first single. The chiming, catchy midtempo rocker is full of nuance, shifting between chunky, power-chorded bursts of guitar and shimmering melodic guitar runs. Falkner’s ability to pen a tune that approaches progressive rock in its complexity yet sounds and feels like a pop tune is on brilliant display here; the ascending lines that introduce the chorus are nothing short of breathtaking.

“Everybody’s World” is a Buddy Judge composition. The tune takes its time getting started, establishing a groove and unfolding slowly. It’s a full 90 seconds before Judge’s lead vocal enters the arrangement. His writing style is distinct from Falkner’s, but the two approaches mesh well within the context of an album. Significantly, the Grays manage to sound like a group, not a rotating roster of backing musicians taking turns supporting three different songwriters. Judge’s melody isn’t quite as immediate as “Very Best Years”; the hook is submerged in the arrangement, and listeners have to listen closely to unearth it.

John Brion takes the opposite approach with his first song on Ro Sham Bo. “Same Thing” introduces its hook—well, one of several—immediately. There’s a highly sophisticated use of chord shadings, all in the service of a vaguely sinister and top-notch tune. Brion trades vocal lines with Falkner, and sinewy lead guitar lines make it one of the album’s heaviest (and most successful) cuts.

Falkner’s “Friend of Mine” continues the practice of front-loading songs with memorable hooks. This time it’s a classically simple descending four-note guitar line that serves as the song’s signature. But as always, Falkner has more ideas to employ within a song; the hypnotic melody of the verses gives way to a dreamy, understated and relatively lengthy chorus. “Friend of Mine” is ultimately a slow burn of a tune, one that draws the listener in.

The Judge/McCarroll composition “Is it Now Yet” strikes a shoegaze vibe, but sturdy songwriting values are applied as well. The hazy, somnambulant feel of the song is reinforced by the ghostly backing vocals that flit in and out of the arrangement. As the song careens toward its end, it seems on the verge of falling apart, with stuttering Mellotron or Chamberlin textures rubbing up against a herky-jerky guitar figure.

“Oh Well Maybe” from Falkner’s pen seems almost jarring, coming as it does right on the heels of “Is it Now Yet.” A fast-paced and hooky riff rocker with shimmering tambourine, it’s of a wholly different character than the song preceding it. A soaring lead guitar solo propels the song forward into an extremely off-kilter keyboard run. Somehow, the song seems to get better toward its end, even when Falkner reduces his lyrics to “na-na” vocalizations.

The acoustic-introduced “Nothing Between Us” is among the sweetest tunes on Ro Sham Bo. Brion’s melancholy melody and lyric would have made a fine album closer; instead it represents the album’s halfway point.

Jason Falkner takes his turn at introducing a song on acoustic guitar with the transcendent and wonderful “Both Belong.” For the song’s first minute, it’s just his voice and guitar. As the other instruments join in, accordion is the most prominent texture. The relatively complex and lengthy melodic line—a Falkner signature—slides along for a few minutes; there’s a great deal of shade and light in the arrangement.

A crystalline piano figure introduces Buddy Judge’s “Nothing,” but it’s a bit of a red herring; the song is a moody midtempo rocker with a swoon-worthy chorus. Judge’s clever command of wordplay serves him well on the song’s chorus: “We’ve got nothing / and nothing can tear us apart.”

Jon Brion probably wasn’t thinking of the Gray’s long term prospects when he wrote “Not Long for This World.” The snaky, densely layered guitar lines are laid atop a slashing rhythm; the menacing tune provides some of Ro Sham Bo’s most rocking moments.

While Falkner’s “Spooky” eventually reveals itself to possess most all of the qualities that make his songwriting so admired, it nonetheless manifests itself as the least memorable of his tunes written and recorded for Ro Sham Bo. Paradoxically, on a less overall consistent album it might fare better; here amid so many well-executed songs, it pales a bit by comparison. The song’s signature riff doesn’t work its way into the listener’s consciousness until well beyond the three-minute mark.

Front-loading an album is certainly a valid approach to song sequencing. But doing so can mean that comparatively undistinguished songs end up accumulating toward the record’s end; the net effect can be to make them seem like afterthoughts or filler. Jon Brion’s “All You Wanted” has much to recommend it: fine lyrics, a lovely and understated string arrangement supporting the melody, superb vocal harmonies. But in the end it leaves less of an impression than the composer’s other tunes on Ro Sham Bo.

While Dan McCarroll’s drum work on the album is uniformly excellent and perfectly suited to the material, it rarely stands out. That changes with the introduction to Brion’s “No One Can Hurt Me,” the closing track on Ro Sham Bo. A complex (by rock/power pop standards, anyway) percussion pattern leads the listener into the song. Some dramatic yet subtle brushes across the soundboard strings of a piano gives the tune a slightly exotic feel. A rubbery bass line (from Falkner or Brion) anchors the song. The longest track on the album at six and a half minutes, “No One Can Hurt Me” is another slowly unfolding piece. Largely instrumental, it does combine the best qualities of the four musicians into an appealing whole

Ro Sham Bo earned critical raves but didn’t sell in great numbers. While the album (released on CD and cassette) would soon go out of print, used copies would and remain easy to come by. There has never been a reissue of the 1994 album, but its reputation among those in the know remains sterling.

The group’s relatively few live performances in support of Ro Sham Bo were often delivered in an unplugged format; recordings of the Grays’ set on KFOG-FM and an in-store at Mod Lang (both in San Francisco) circulate among ardent fans and collectors. The acoustic readings of the album songs don’t have the firepower of their studio counterparts, but they do serve to highlight the quality of the group’s songwriting. And select covers like the Kinks’ “Waterloo Sunset” fit seamlessly into the set list.

There’s some speculation as to the meaning of the album’s title; perhaps the best guess is that the phonetic spelling of the surname Rochambeau refers to a sort of rock-paper-scissors game played by Ultimate Frisbee enthusiasts to determine who goes first. In this context it could be related to the order of song placement. It’s worth noting that Falkner has the first spot, and gets more songwriting credits than anyone else. Ultimately that—or similar concerns—would doom the Grays, which split not long after the release of the collective’s sole release.

Brion and Falkner, of course, went on to solo careers that would often replicate the Grays’ mix of top-notch songwriting and playing, critical acclaim and relatively meager sales. The Grays’ other two members would eventually head behind the scenes in the industry. Judge worked for and with a wide variety of other artists; today he’s a senior project manager at Apple. McCarroll became president of Capitol & Virgin Label Group for the North American region, working A&R for artists including Brian Wilson.