Home  »  interview • pop   »   Sister Sparrow and the Dirty Birds: All in the Family

Sister Sparrow and the Dirty Birds: All in the Family 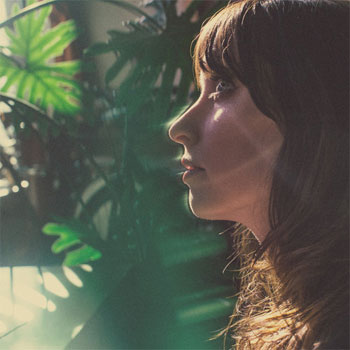 Arleigh Kincheloe knew from a very early age that she wanted to go into the “family business.” Today she’s the singer (and co-leader with brother Jackson) in Brooklyn-based soul band Sister Sparrow and the Dirty Birds.

The father of the Kincheloe siblings had his own band in upstate New York, and both Arleigh and Jackson joined their dad onstage when they were young kids. “When I would sing with them, I’d sing Aretha Franklin songs,” says Arleigh. “That’s where I got the taste for being onstage.”

Seeing their dad tour and perform, Arleigh and harmonica player Jackson learned many valuable lessons about music and the music business. Arleigh says that her dad sometimes glorified the experiences he had on the road, but she learned quickly that it wasn’t the easiest path to follow. Arleigh says that when Sister Sparrow and the Dirty Birds started touring, that reality became even clearer. “You have to really want it,” she says. “I think it takes a certain kind of person to deal with it and really love it.”

Arleigh and Jackson Kincheloe are just that sort of people. Their band is a popular fixture on the festival circuit. Since forming in 2008, Sister Sparrow and the Dirty Birds have released three studio albums, an EP and Fowl Play, a 2016 audio document of the band’s high-energy live set.

“On our studio albums, we were always trying to capture the vibe of our live show,” Arleigh says. “But I don’t think we ever quite got there. I like all of our records for what they are, but Fowl Play really has that energy.” She notes that some of her favorite albums – ones she would hear often at home when she was growing up – are live recordings. “Little Feat’s Waiting for Columbus, Aretha Franklin’s Live at the Fillmore West, and Rock of Ages by The Band are some of my favorites,” she says. The decidedly American flavor of those 1970s releases is something that Sister Sparrow and the Dirty Birds aim to capture in their own original music.

The Kincheloe siblings’ band traces its beginnings to 2008, at Rockwood Music Hall in Manhattan. “There were nine of us in the band back then. It was a tiny room; I had a saxophone on one elbow, and a guitar stock on the other,” Arleigh recalls with a laugh. “We were really cramped up there!” The stage was so small that the band’s drummer had to set up on the floor right in front of the audience. “But we really cut our teeth there,” Arleigh says. “We had a residency for a year or so, which really helped us. We owe a lot to that place.”

Shortly after the residency ended, Sister Sparrow and the Dirty Birds recorded and released their self-titled debut album. The group’s muscular horn section gave the band much of its unique character, and the debut album features a clever tip of the hat to Edvard Grieg’s classical work “In the Hall of the Mountain King,” recast as the central funky horn break in “Who Are You?”

That kind of inventiveness is a key to the appeal of Sister Sparrow and the Dirty Birds’ subsequent releases: 2012’s Pound of Dirt, a 2013 EP titled Fight, and the band’s most recent studio album, 2015’s The Weather Below. And another studio album, Gold, was released in 2018.

But it’s live onstage where the group really shines. Sister Sparrow and the Dirty Birds have honed their craft through extensive live performance, and today they’re skilled at entertaining festival audiences. But Arleigh downplays any effort, focusing instead on the enjoyment she and her band mates experience playing live. That appreciation is something she learned from her father’s band. “You show up, you do your best, and you have a good time with it,” she says. “If you can accomplish that, then you’ll probably win over a few people.”