In addition to being an accomplished and often awarded musician, Taj Mahal established himself years ago as one of music’s foremost cultural historians. Not simply an entertainer and performer, he creates genre-spanning music that embodies his commitment to the study, honor and preservation of indigenous styles of music. He’s currently touring with his Trio. 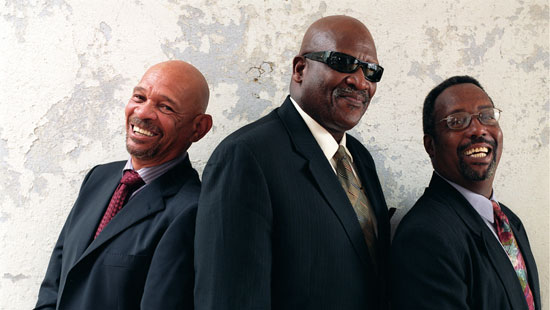 One of the earliest and most prominent musicians to be tagged with the world music label, Taj Mahal has been making albums as a solo artist since 1968; before that he was a member of an overlooked band called the Rising Sons, featuring fellow musical folklorist/archivist Ry Cooder. Mahal’s approach to music has always found him with one foot in the present and the other firmly planted in exploration of the past.

In 2017, Mahal’s interest in the history of recorded music led him to involvement with filmmaker Bernard MacMahon’s The American Epic Sessions, a documentary exploring the little-known origins of the first electrical sound recording device. That groundbreaking machine has a connection to Western North Carolina: it was used to capture a performance of “I Wish I Was a Mole in the Ground” by Mars Hill musician Bascom Lamar Lunsford, known as the “Minstrel of the Appalachians,” in 1928.

For MacMahon’s film and soundtrack album, Mahal cut three songs recorded by a modern-day reconstruction of the device. He came away from the experience with a greater appreciation for its place in history. “Everyone who listens to music today, their ability to hear [recorded] music goes back to that particular machine,” he says. “It completely changed the way people listened,” because prior to its invention, unless witnessing live musical performance, people were limited to their imagination. He quotes the film’s narrator, Robert Redford. “It was the first time American heard itself.”

In an even wider sense, Taj Mahal values music for its ability to bridge cultural differences. “I’ll give you an example,” he offers. “Years ago, I worked on a big dairy farm. I milked 70 Holstein cows twice a day by myself, carried the milk and everything. The family was French-Canadian and English, and the grandfather came to me one day and asked me did I know a song called ‘Jole Blon.’ He said that it was the national anthem of the Cajuns, the Acadian French.” Mahal wasn’t familiar with the tune, but in future years he would hear various live and recorded versions of “Jole Blon.”

During the making of The American Epic Sessions, Mahal learned more about the song and its origins in a 1929 recording by Cajun trio the Breaux Brothers. “That’s the kind of stuff that I took away from that [experience,] says Mahal. “That’s really fabulous, American folklore and deep culture. When you’re trying to figure out what American culture is, well, it’s going to be a mosaic with lots of people contributing to it.”

Taj Mahal continues to contribute to American—and world—music himself. To date he has released more than 30 albums, including collaborations with indigenous musicians from India, Hawaii and Africa. His most recent release is 2017’s Grammy-winning TajMo, a collaboration with Keb’ Mo’.

He expresses a deep appreciation, too, for the music of Appalachia. Asheville and Western North Carolina are frequently on his tour itineraries, whether he’s playing solo, with his Phantom Blues Band, or—as for his February date in Asheville—with longtime associates Kester Smith on drums and bassist Bill Rich in the Taj Mahal Trio.

Mahal compares audiences in the region to what he encounters elsewhere. “We play all over the South, and it’s just different,” he says. “People have manners. Folks come to dance; they come to have a nice time.” He recalls a specific memory. “Some cloggers—both black and white—got up there and really just threw down,” he says. The spontaneous and unplanned act of audience members dancing deeply resonated with the musician. “When you’re playing the music, you hope that it’s inspiring people to feel that way about it. And it’s a lot of fun to see people still keeping that tradition up; I really enjoy it.”

With the Trio, Taj Mahal plays guitar, piano and banjo. And while audiences are likely to hear his most well-known tunes, “Fishin’ Blues” from 1969’s Giant Step/De Ole Folks at Home among them, a Taj Mahal show maintains an element of unpredictability. “I’ve never done a set list,” he says. “I don’t have to turn around and call the name of a song; they can usually tell by what notes I start warming up on, is where we’re going to go.

“I get up there and feel the music, and, it goes from that. Sure, I’ll do a song I know people like, as long as people are really responding to it. And if they don’t particularly respond to it,” he says with a laugh, “there are a whole lot of other tunes.”