Manhattan Transfer: The Boy(s and Girls) from New York City

Popular musical styles come and go. But for nearly a half century, the Manhattan Transfer has been dazzling audiences with its unique brand of music, a style that incorporates jazz, pop, standards and modern sounds. The quartet is renowned for its skill at vocalese, the technique of applying vocals and lyrics to tunes originally created around improvised instrumental soloing. 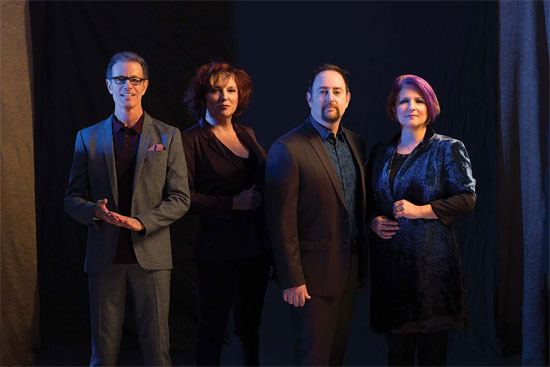 The Manhattan Transfer’s most celebrated lineup was built around singers Tim Hauser, Janis Siegel, Laurel Massé (replaced in 1979 by Cheryl Bentyne) and Alan Paul. Founding member Hauser passed away in 2014; his place was taken by Trist Curless. The group’s adventurous musical approach has earned it ten Grammy Awards, and in 1998 the Manhattan Transfer was inducted into the Vocal Group Hall of Fame.

The quartet has released more than two dozen albums, and by design those recordings are a varied lot. “Even from the very beginning,” says Alan Paul, “we wanted to explore different genres of music and not get locked into one particular style.” Though the Manhattan Transfer has a foundation of vocal jazz, Paul says that the quartet has always been “very much into making pop records and getting played on the radio. I feel that kept us growing in terms of how to apply our voices to contemporary sounds.” He characterizes the effort to maintain high creative integrity as a “juggling act,” but believes the group has succeeded on that level.

The group’s musical restlessness has led it in different directions over the years; that quality endears it to some fans while sometimes confusing others. “You can’t please everyone,” Paul admits. “Some of our jazz fans don’t understand [our vocalese reading of the theme from] The Twilight Zone, or why we would record ‘The Boy from New York City.’ For us, we just follow our own instincts.” 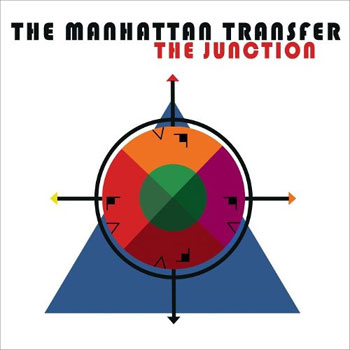 Alan Paul notes that the music business has changed quite a bit since the group started in 1972. “We were very fortunate to have been signed by Atlantic Records founder Ahmet Ertegun in the ‘golden age’ before labels became corporate giants,” he says. And the Manhattan Transfer has seen the way that music is recorded change fundamentally, too. “There was something very organic about recording to tape,” he says. “It sounded warmer and more dynamic.” Paul recalls that early digital recordings were thin and brittle sounding. But today, he says, “with editing, sequencing and sampling, the overall sound is close to what analog was.”

The Manhattan Transfer’s latest album, The Junction, was released in March of last year. And true to form, the album – the group’s first with Trist Curless – throws some musical curve balls. A highlight of the record is a cover of “The Man Who Sailed Around His Soul,” originally written and performed in 1986 by British new wave group XTC. The idea of doing that song came from Curless. “We all thought it was a very cool choice,” says Alan Paul.

He explains the song selection process. “We go through a process of elimination. When we started [working on] this album, there were around fifty songs that eventually got broken down to ten. We vote, and a unanimous vote goes to the final list.” The Junction also features the Champs’ classic “Tequila,” a reading of Herbie Hancock’s “Cantaloupe Island,” and an ode to the title character in the popular crime novels and Amazon Prime series, “Blues for Harry Bosch.”

The Manhattan Transfer’s musical approach is timeless, yet somehow dialed in to current trends. Curless is an exemplar of that. “It’s true that each of us brings to the table different personalities and talents,” says Alan Paul. “Trist brings a younger, newer perspective; he comes from an a cappella group of six guys named m-pact where he sang bass and occasional beat-box.”

Paul makes it clear that he loves being onstage with the Manhattan Transfer. He says his favorite thing about playing in front of an audience is “moving an audience emotionally, touching and uplifting them, being a channel of love and light.”