Patrick Kelly was a longtime fixture of the Asheville music scene back in the days when one could argue there really wasn’t a scene. As bassist for the Goodies, Kelly helped deliver a cabaret-flavored rock vibe to the Western North Carolina mountains. Today he’s back where he started, in Atlanta, and his original material – created using the name Alias Patrick Kelly – leans in a more Americana direction. But the lessons he learned decades ago inform his new music, including his new EP An Unclaimed Inheritance. 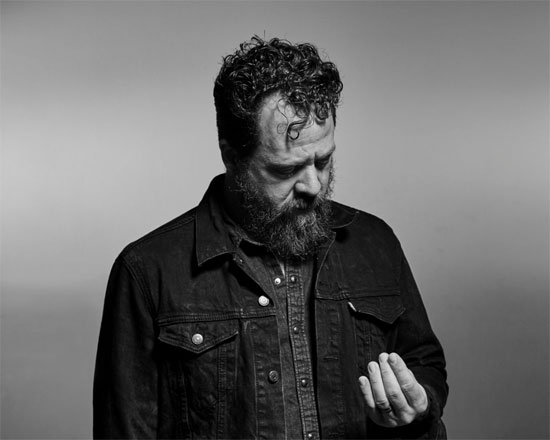 Kelly’s previous release, Corruptibility Index, had a strong rock flavor, and showcased a carefully layered production aesthetic. But the new EP is more unadorned, and draws from the heartland twang end of the musical pool, with a sound that in places recalls Jason and the Scorchers. “I was trying to be myself as much as I could be, really,” Kelly says. “I had a pile of songs to choose from, and I wanted to do something that I could turn around really quick.” He admits that he’s been on a bit of Bruce Springsteen kick lately—“Nebraska is a top five all-time favorite record for me,” he says—and that no-nonsense approach to record-making influenced the creation of An Unclaimed Inheritance.

“I had this little group of songs that were all kind of acoustic-based, but I didn’t want to just put out a plain acoustic record,” Kelly explains. “I’m more ambitious with my instrumentation and arrangements.” As he began to put together the songs for the EP, he realized that a theme developed. “They all seemed to live in the same spot, and almost every song had some kind of family-esque or companionship and friendship thing. They all just made sense together,” he says.

While there’s nothing at all pretentious about Kelly nor his new EP, the artist does acknowledge an affinity for albums built around a common thematic foundation. “I like to group songs together,” Kelly says. “I like full albums. The last thing I want to be is a guy just doing one single at a time on Spotify with no direction other than a single song.

But Kelly didn’t sit down to write a half dozen songs that hung together thematically. That happened organically, as the result of where he found himself in life. “I’d gotten married about three years ago, and I became a stepfather all of a sudden,” he says. “All that was new to me. I was definitely feeling the gravity of that. Because it’s something you have to take seriously.”

One of the EP’s songs deals with the challenges of writing in a creatively unencouraging environment. “That one’s about wanting to move out of the townhouse we live in outside of Atlanta,” Kelly says with a wry laugh. “As a songwriter, it’s not the most conducive place to work on material. So it’s about ‘get me the hell out of here,’ which we still haven’t done yet.”

Though he’s settled in Atlanta, Kelly looks back fondly upon his time in the Asheville music community. He started playing with the Goodies when he was 19, and says that the experience taught him a lot about music and songwriting. He says that Goodies front man Holiday Childress was a major influence on his own songwriting.

“We were roommates for, like, five years,” he says. “I was sitting there in the room when he was writing [those songs]. I would ask him questions like, ‘Why’d you scratch that out and put that there instead?’ More than anything, the thing I learned from him was what not to use, and why.”

Kelly has plenty of amusing stories from his Asheville days. “I fell down the stairs going to the bathroom at Be Here Now, covered in melted snow,” he recalls with a laugh. “I just slipped! There was a line of girls at the bottom of the stairs, and right when I hit the bottom step, they were all gasping. I looked up and said, ‘I’ve fallen for all of you.’ Half of them thought it was funny and charming, and a couple of them gave me a scowl because they thought I was some drunk asshole. I wasn’t even drunk yet!”

Ahead of a February live date in Asheville, Kelly expressed enthusiasm for returning to his old stomping grounds. “It’s my first trip up there playing by myself,” Kelly said.”It’s tricky; no one knows who I am. I think the thing that got my foot in the door was when I said, ‘Yeah, I was in the Goodies for 20-plus years.’ That certainly helped.” But he’s realistic about how far that association gets him. “If I suck, they’ll never book me again,” he laughs.