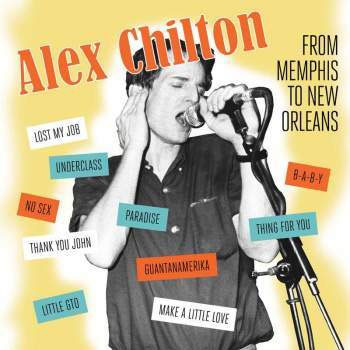 Editor’s Note: Today’s something of a milestone: my 3,000th post.

As a general matter, I make a point of not writing reviews that are a response or rebuttal to other views. In fact, for the most part, I avoid even reading other reviews, at least until after I’ve filed mine. But I have been struck by the reaction to a recent pair of compilations that valiantly attempt to make sense of Alex Chilton’s post-Big Star material. Many of the reviews I’ve seen have been quite dismissive of the music he made in his later years, comparing it to both Big Star and even to the Box Tops.

I suppose it’s at least to some degree a matter of perspective. I first discovered Chilton’s music during my college days, turned on to his work by a couple I knew. My first exposure, then, wasn’t Radio City (well, of course I had heard “The Letter,” but that almost doesn’t count in this context); it was Alex’s 1985 EP Feudalist Tarts. In fact, I saw him for the first (and sadly, only) time touring in support of that record. By the time of the show, I had absorbed the first two Big Star LPs, and loved them – still do – but I considered them separately from his then-current work, the same way I might have treated, say, Who’s Next differently than The Who Sell Out.

Subsequent EPs and long players like No Sex and High Priest were welcomed in the same way. Sure, the albums were uneven, but both in terms of songwriting and performance, they were superior to Like Flies on Sherbert, to name one. Chilton’s bratty, I-truly-don’t-care sense of humor shone through on his records, and his skills as a guitarist – something for which he gets far too little praise – are on brilliant display. The new From Memphis to New Orleans picks and chooses through his sorta-pop-rock-r&b work of the second half of the 1980s, assembling a 15-song disc that is consistently delightful. Is it earth-shakingly important as is #1 Record? Perhaps not. Is it sloppy, offhand or in any way the product of a disinterested artist? Sure doesn’t sound like it to me. Whether it’s an original like “Underclass” or a cover of”Little GTO,” Chilton smolders here. Highly recommended. 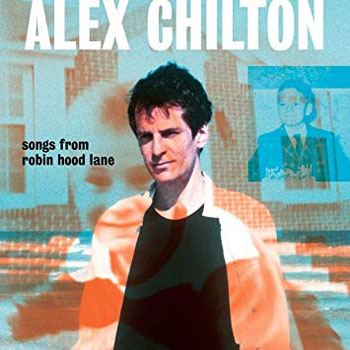 A companion set, Songs from Robin Hood Lane, is perhaps more problematic, if only because it surveys Alex Chilton’s love of vintage pop and jazz. Sourced from albums and sessions he did in the ‘90s, it finds Chilton playing solo or in minimalist trios, covering Jimmy Van Heusen, Frank Loesser and Cole Porter. If that kind of music isn’t your bag, give this a miss. But for those who’d like to better understand the wide variety of styles that informed Chilton’s singular sensibility, it’s essential. It’s also damn good, yet again underscoring the fact that – when he wanted to be – Alex Chilton was an incredibly expressive yet subtle guitarist, and a damn fine vocal interpreter of the Great American Songbook. If you choose to overlook that, it’s your loss.