Novum stands on its own as an excellent album of new material. Can you tell me about the circumstances leading to making the first new Procol Harum album in many, many years? 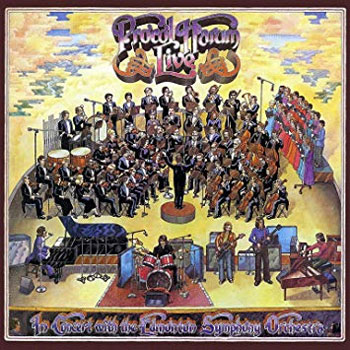 Well, that’s a very nice comment, I must put in there. Thank you very much. Because that is something which you constantly think of when you make a new album. We haven’t made that many in the last few years, so it was quite important. But we are aware that we’re Procol Harum and you can’t, certainly, come out sounding like Lynyrd Skynyrd or something like that. People will go, “What’s going on? That’s not Procol Harum.”

So we are Procol Harum, but we’re Procol Harum because I’m singing, because of the instrumentation we’ve got. That will always be there, but this time, we just had a different outlook on things. We were inspired. We suddenly found out that Procol Harum had been going for 50 years, so we thought we’d better do something.

But also, the band as it stands today has been together for 11 or 12 years playing live, and we thought, “Oh, hang on. That’s a long time, and we haven’t actually made a studio album in all that time.” So, it was time to go in, and we had a very good producer. We had a concept song-wise. We also had a concept for the production of it, in that we wanted to play it all live in a studio, not overdubbing and spending six months doing it. We actually probably recorded for about two weeks and then mixed it for about two weeks. It was quick. And there’s not an overdub on it, I don’t think. It was all played live with the five people, me singing live in the studio and trying to get that effect into the album.

I found it fascinating that Cream lyricist Pete Brown is the lyricist for the album. While he’s not, I don’t think, in any way trying to copy Keith Reid’s approach, there’s definitely the sense of poetry about the lyrics.Tell me about choosing to work with him.

I’ve known Pete Brown since his Cream days, since ‘67 or whatever. We’ve seen each other now and again, and we have congregated because he also worked a lot with Jack Bruce. Because I worked with Jack Bruce in Ringo’s All Starr Band for about two or three years. I got to know Jack and saw Pete now and again, and—I think it was at Jack Bruce’s funeral—when I saw Pete again he said, “Look, if you ever want any lyrics for Procol, I’d be honored to be given a chance.” So, a year or two after that, we’re suddenly thinking we’re going to make a new album and I thought, “Right, okay. Let’s get Pete Brown in and give it a go.”

This tour that you’re doing in North America includes a lot of City Winery gigs. Do you and the band approach those sort of performances differently than you would a larger hall?

I think it will be a different approach. I think that sometimes if you’re in a very big situation—with two thousand people—then you can crack on; they like it to be noisy, big, and fast even. But I think if you were listening to that in a City Winery, your ears might get blown out halfway through. So, I think that this will give the opportunity to play a lot of songs that are a bit more chill. 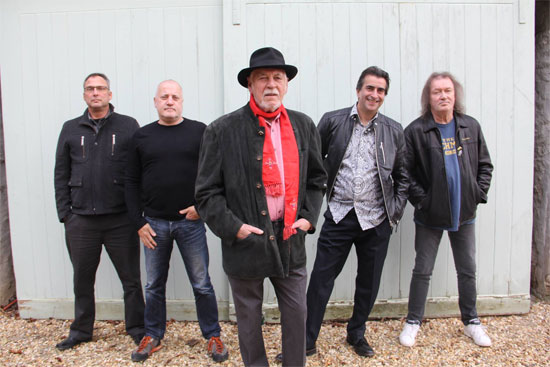 How does touring in 2019 differ from when you were doing it in your early 20s?

Well, I can’t remember that far back! But it’s really not like that. My memories of that, particularly in the USA, are of playing to a lot of colleges and university audiences back in the late ‘60s and ‘70s. Now we play to the converted, and their children and grandchildren. There are a lot of younger generations that they are very interested in a group like Procol Harum, a group that’s got history and that’s done big things, and yet is still there. And I think they sometimes come to see, “Well, why are they still there? What do they do?”

We’ve just done a tour of Europe and it was very, very successful and the audiences were fantastic. But we haven’t played in America for about four years now, at least. We we haven’t been there since Novum’s been out. So, it will be interesting to see what’s changed, what’s different, who’s coming to see Procol Harum today. It’s nice to play some new songs for people.

I mean, we always play some standards and we always play some repertoire that perhaps people won’t expect or haven’t heard before. There’s always, let’s say, six songs in there out of 18 or 20 that we won’t play tomorrow night and we won’t have played the last night. That keeps us alive and interested, and it’s also good for people that come. If you don’t happen to hear your favorite on the night, then you just came on the wrong night. 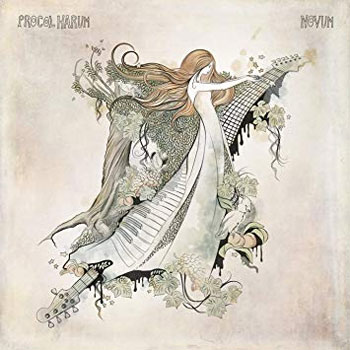 Once the tour is over, what’s next for you and the band?

We’re doing quite a few festivals around Europe in the course of the summer. Then, we’ll probably sit back and think, “Right. What’s next?” Once we finished making Novum, writing new songs and recording it, we said, “Let’s do this again very soon.” And time really catches up with you pretty quickly. What we would turn our minds to next, is actually just making another album, something that will mean something to us. Therefore, we hope means something to the people that hear it.

I’m very unhappy that there’s not the CD in shops anymore. I like to make a product that, “There it is, it’s in your hand.” We make it, you’re meant to put it on and listen to it loud until the end. I think I’ll still stick with that formula. I just can’t think of streaming two tracks from an album; that doesn’t mean that much to me.

Fifty-plus years on, what do you think explains the enduring popularity of Procol Harum?

I don’t know the answer to that. I’m very pleased. I love the fact that we are still in demand, let’s say. I have to sing these things, right? And if I was tired of singing them, then I think everybody would be tired of listening to them as well. And I think that a lot of Procol Harum stuff over the years has not been out of fashion and it’s not really got dated. The lyrics always seem to be fine today as they were 50 years ago, and the music is the same. A Whiter Shade of Pale was our first record and that was completely different from the time. And yet if you hear it on the radio now, it still has the same effect on you.