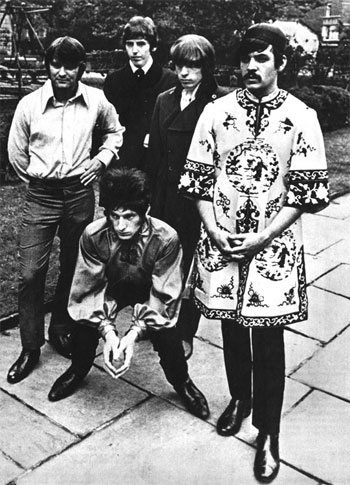 Formed in 1967, the sophisticated and forward-looking British band Procol Harum had its origins in a very different outfit, the Paramounts. Along with pianist/singer Gary Brooker, guitarist Robin Trower, multi-instrumentalist Chris Copping and drummer B.J. Wilson were part of a group that focused on American-style rhythm and blues. The band scored a UK Top 40 single with Leiber and Stoller’s “Poison Ivy,” a tune previously covered by countrymen the Dave Clark Five, the Rolling Stones and the Hollies, among others.

After the Paramounts failed to follow that record up with another hit, the group disbanded. Brooker continued writing on his own, and subsequently linked up with organist Matthew Fisher, non-performing poet/lyricist Keith Reid and others. Calling the new group Procol Harum, that early lineup recorded and released 1967’s “A Whiter Shade of Pale,” a smash hit that today remains the band’s most well-known song. After opening for Jimi Hendrix in London in that same year, the band organized a tour.

Over the coming months, the band’s lineup would change significantly, with former Paramounts Trower, Copping and Wilson eventually joining Procol Harum. The group sustained critical and commercial success with its next several albums, though the lineup would continue to change. By the time Procol Harum broke up in 1977, five lead guitarists had passed through its ranks (Trower left in 1971 for a successful solo career).

The band’s sound had always been a mixture of the members’ r&b influences, a progressive – but not overly fussy – musical bent (aided and abetted by the presence of not one but two keyboard players), and Reid’s often impressionistic lyrical work. Those qualities had largely fallen out of favor with the record-buying public by 1977, so the members went their separate ways.

But after some 14 years without Procol Harum, Brooker relaunched the band in 1991, and has continued unabated to present day. Most every original member has returned at least once to play with the modern-day group (even Trower returned briefly in 1991), and the current lineup has been together since 2007, with three members (Brooker, guitarist Geoff Whitehorn and bassist Matt Pegg) on board since the early ‘90s.

Unlike most other “legacy” bands who started in the 1960s, today Procol Harum continues as a creative force rather than a traveling oldies jukebox. After a 14-year break from releasing new material, the band made a highly-regarded 2017 album, Novum. Avoiding the temptation to rest on past glories, with Novum the band has created a work that stands up the the group’s 1970s-era releases. And a new box set, Still There’ll Be More is a comprehensive survey of Procol Harum’s work from 1967 to today, with three CDs worth of music from the band’s dozen studio album, two CDs giving official release to long-bootlegged live recordings, and three DVDs worth of concert and archival video dating all the way back to the beginnings of the band.

Procol Harum’s current tour—built around City Winery venues in cities across the U.S.—commences in February with an opening date in Atlanta. Ahead of the tour, Gary Brooker spoke with me about the band’s past, present and future.

After the Paramounts, when you started working with Keith Reid, did you have in mind a specific style or musical approach that you were seeking to explore?

I think that in the years before that, I’d absorbed lots of different styles of music. I liked everything, really—from classical to Hawaiian, blues, R&B, rock and roll—and I just thought I’d try and write songs of my own, which is what came out.

The Scopitone video jukeboxes of the 1960s predominantly featured fairly lightweight French pop acts; there are very few of what most people would call rock music Scopitones. Procol Harum’s promo film for “A Whiter Shade of Pale” was a notable exception. Do you have any recollection at all of making that film? 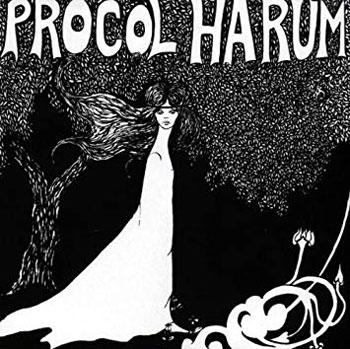 Some critics label Procol Harum—or at least some of the band’s work—as progressive rock. Do you think that that term applies?

Well, I just won an award, my friend, for a significant contribution to progressive rock or progressive music! But of course, when Procol Harum started, the genre didn’t even exist. We pre-dated the terms progressive music and progressive rock by a couple of years, at least. I think that Procol— certainly our attempts at early things through Shine On Brightly and A Salty Dog and even the Edmonton Symphony live album—were trying to progress things in the sense that we were trying to explore new avenues that a rock group could go down. Long pieces like “In Held ‘Twas in I” had us playing with a symphony orchestra.

When bands have a keyboard player as one of the focal points, it can be a little more difficult to put across visual energy, unless one uses a keytar or does gymnastics like Elton John did in the 70s or wears a glittery cape like Rick Wakeman did (and still does). It’s pretty much a case of a guy sitting at a keyboard, and Procol Harum has traditionally had two of those. Looking back to the early days of the group, was the visual aspect of the band something that you thought much about? 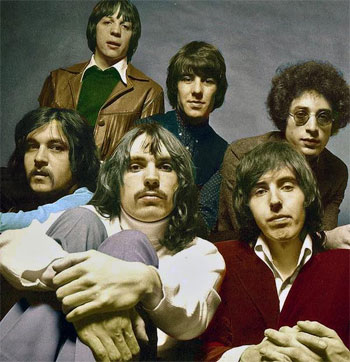 No, it didn’t really figure. No concern at all, in fact. I think that in 1967, we’d had enough. We’d seen enough of the three bouncing front men smiling going “ooh.” It was very lightweight, and we were a bit more serious about things. I was actually the singer as well. So, I’m at the keyboard, and singing, and not doing particularly much … not doing what Little Richard did or even what Jerry Lee Lewis did. It was trying to make people listen and to affect the people that were listening. To get up to the stagecraft of being a madman or something was not really part of my [approach]. It isn’t today, as well. I still play and sing the songs.

You’ve done a significant amount of work outside the band, both when the group was inactive and even during times when Procol Harum was together. Do endeavors like playing with Bill Wyman’s band or Ringo’s group fulfill you creatively in ways that Procol Harum does not?

Yes, they do. For a start, in those bands the onus of entertainment or the onus of presenting it is not always on my shoulders. It is when it’s my turn, but it’s not there for two hours or for however long the band plays. When I was with Eric Clapton’s band as well, it was the same thing. I used to sing a couple and take the reins, but generally, I could, if you like, relax and be the piano player. And that’s quite a relief sometimes!